Turkey, Russia underline will for political solution to Libyan conflict after Moscow talks 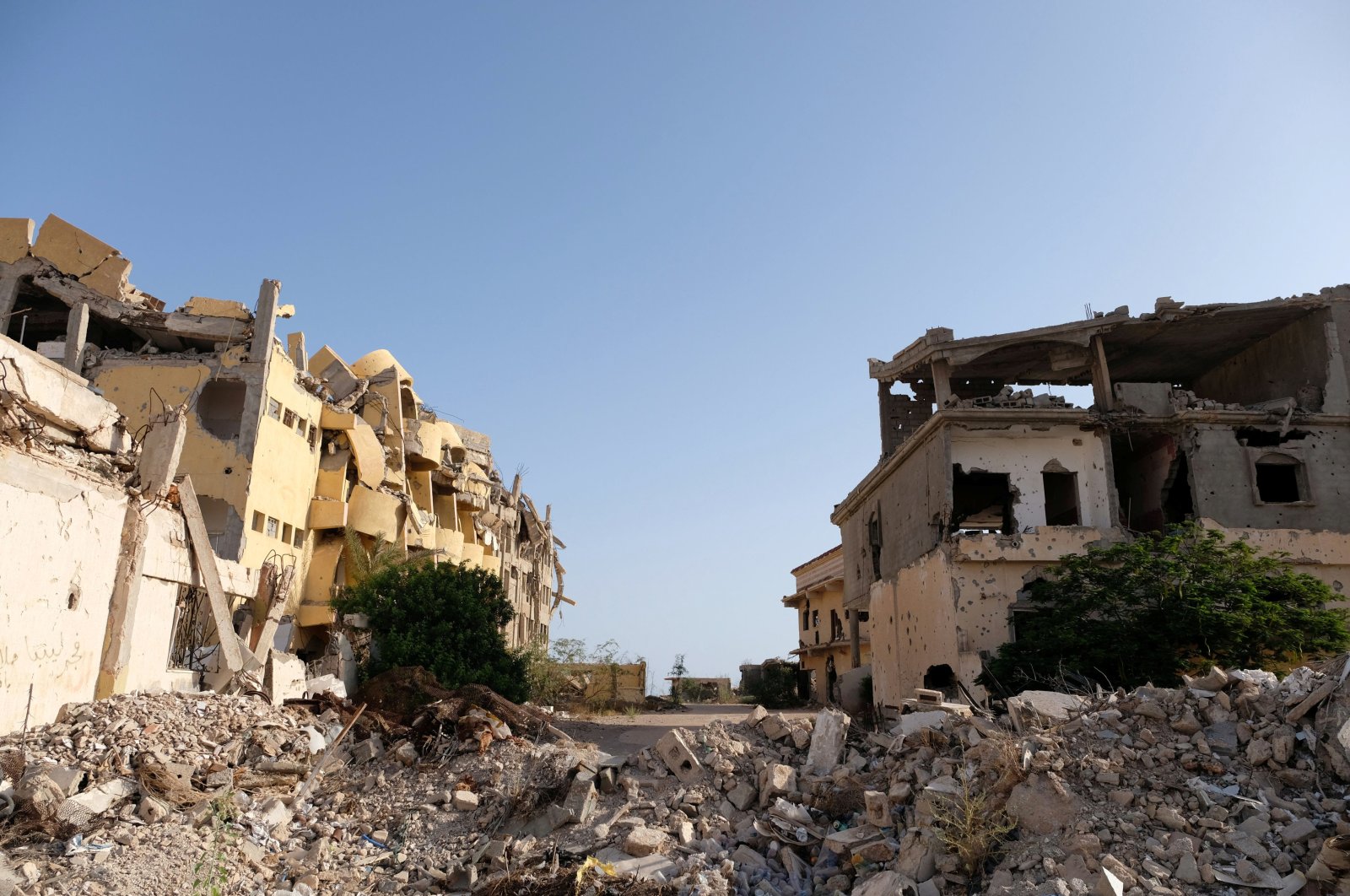 During delegation talks in Moscow on Tuesday, Turkey and Russia agreed on the need for a political solution to the Libyan conflict, while Ankara stressed the significance of a permanent and sustainable cease-fire in Libya’s Sirte and Jufra.

“During the negotiations, our part highlighted the importance of Sirte and Jufra for a sustainable and lasting cease-fire in Libya. We accentuated the need to determine the modalities to clear these regions of military forces and declared in this manner support for the 5+5 military committee between Libyans under the auspices of the U.N.,” the Turkish Foreign Ministry said in a statement.

The need for a comprehensive dialogue among the Libyan parties and for the implementation of the Berlin conference decisions were underlined, it added.

The statement also indicated that Turkey and the Russian Federation would continue to work toward a political solution to the Libyan civil war.

Deputy Foreign Minister Sedat Önal, accompanied by an interagency delegation, was in Moscow on Monday and Tuesday to discuss regional developments, in particular Libya and Syria, with Russian counterparts.

Turkey and Russia launched an initiative in Istanbul on Jan. 8 to de-escalate the situation on the ground and pave the way for a political process in Libya. This initiative was followed by the Berlin conference, which was supported and facilitated by the United Nations in an effort to secure a permanent cease-fire, but the meetings ended without reaching a conclusion in February as putschist Gen. Khalifa Haftar walked out.

Although Fayez Sarraj, head of the Tripoli-based Government of National Accord (GNA), and Aguila Saleh Issa, a Haftar ally and speaker of Libya's eastern-based House of Representatives, announced a cease-fire on Aug. 21, the putschist's militias have disturbed the fragile peace.

Oil-rich Libya was thrown into chaos after veteran dictator Moammar Gadhafi was ousted in a 2011 NATO-backed uprising.

Rival administrations and militias have been vying for power ever since, increasingly drawing in foreign interests and threatening the region's stability.

While Haftar is supported by Russia, France, the United Arab Emirates (UAE) and Egypt, the legitimate Libyan government enjoys U.N.-backing as well as the support of Turkey and Qatar.

Regarding the Syrian crisis, the Turkish and Russian delegations discussed the situation in northwestern Idlib province, the last opposition stronghold in the region, and their joint patrols.

Önal said the Turkish and Russian delegations agreed to continue joint efforts in accordance with a March cease-fire in the region, which had been declared a de-escalation zone.

Önal added that the sides had discussed the results of the recent third round of meetings by the Syrian Constitutional Committee in Geneva, stressing the importance of maintaining momentum in the political process.

Also, they emphasized the need for the Astana Process to be carried forward, he added.

On Tuesday, Russian Foreign Minister Sergei Lavrov praised the joint patrols, saying that each mission has been adding several kilometers (miles) to the length of the patrolling route. Lavrov noted that Russian and Turkish servicemen were able to inspect the whole length of the M4 highway, also known as the Aleppo-Hassakeh road, about 30 kilometers (19 miles) from Turkey's southern border.

Idlib has long been under siege by the Bashar Assad regime forces and its allies, and previous ceasefires for the region were plagued by violations.

Ankara and Moscow, which back opposing sides in Syria's war, agreed on March 5 to halt military activity in Idlib after an escalation in violence displaced nearly 1 million people and brought the two sides close to confrontation. The deal addressed Turkey's main concerns, stopping a flow of refugees to its border and preventing the deaths of more Turkish soldiers on the ground.

The ministry also stated that Ankara voiced strong opposition toward Moscow inviting YPG/PKK terrorists for meetings with Russian authorities. “It was stressed that these kinds of steps do not contribute to the protection of Syria’s political and territorial integrity,” it said.

Turkey on Monday expressed concern regarding Russia’s official invitation to the so-called Syrian Democratic Council, the political wing of the SDF, which is made up of YPG/PKK terrorists.

In a written statement, the Turkish Foreign Ministry reminded Moscow that the YPG/PKK, with its separatist and terrorist agenda, threatens the national security of Syria’s neighbors – primarily Turkey – while harming the region’s territorial integrity and oppressing citizens in areas under its control.