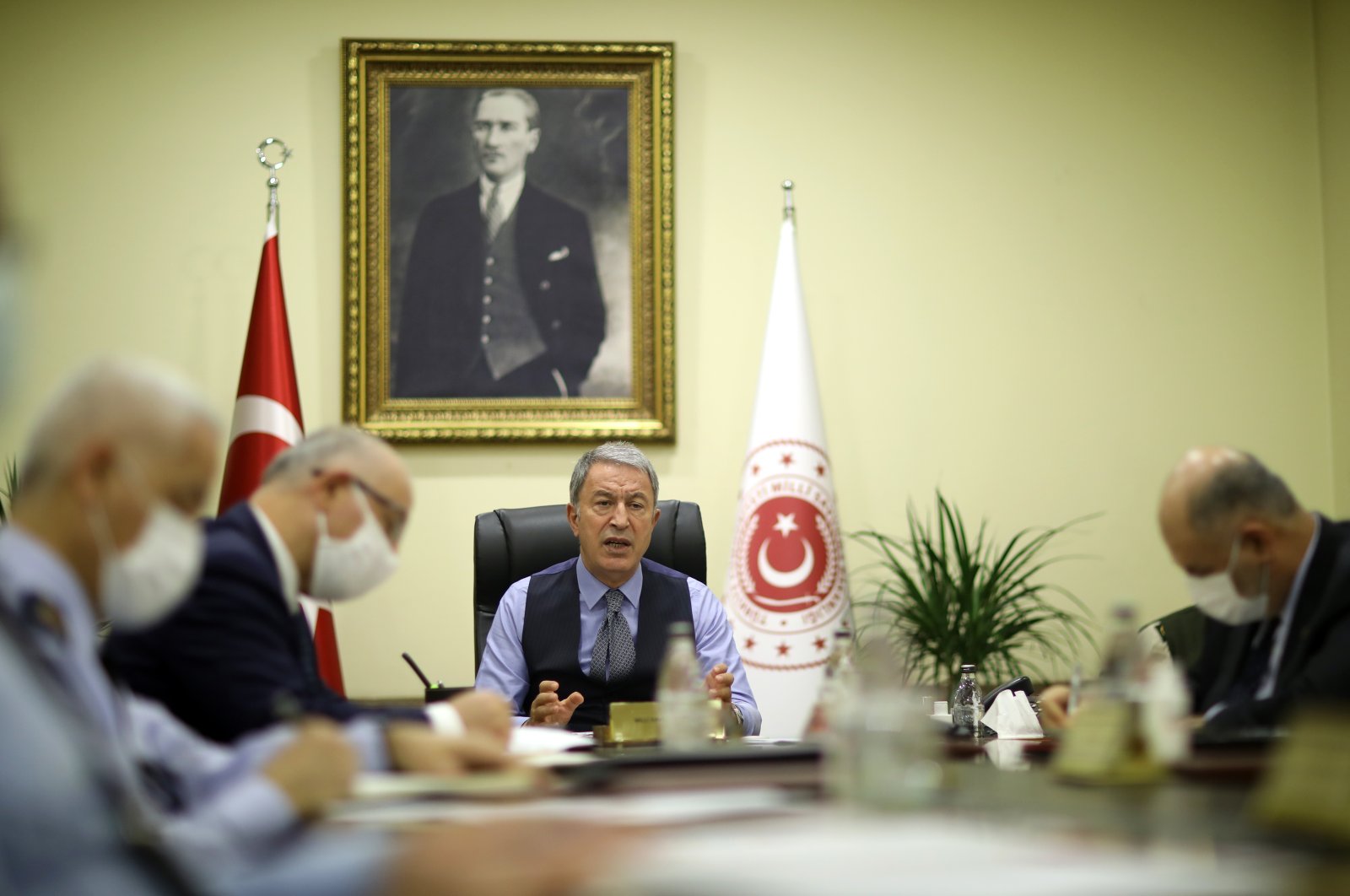 Defense Minister Hulusi Akar speaks at a meeting with ministry officials and commanders-in-chief of the Turkish military in the capital Ankara on Nov. 17, 2020. (AA Photo)
by daily sabah
Nov 17, 2020 4:29 pm

Turkey and Russia continue to work on the Nagorno-Karabakh peace agreement, Defense Minister Hulusi Akar said in a meeting with ministry officials and commanders Tuesday.

Akar also criticized Armenians for destroying homes and forests as they leave the occupied lands to allow Azerbaijani owners to return after about three decades.

The Russian-brokered agreement states that a "peacekeeping center is being deployed to control the cease-fire" but does not specify its formal role.

Regarding Cyprus, Akar said the security of the Turkish Republic of Northern Cyprus (TRNC) is necessary to ensure prosperity.

“We wish and hope for a permanent solution through peaceful and political tools,” Akar said, adding that the Greek Cypriots need to give up their uncompromising stance, accept Turkish existence and acknowledge the fact that they are also sovereign and equal elements on the island.

Noting that Turkey will continue to fulfill its responsibilities as the guarantor of TRNC, Akar said Ankara will not allow any sort of fait accompli.

In 1974, Turkish military forces intervened on the island following a Greek-inspired coup.