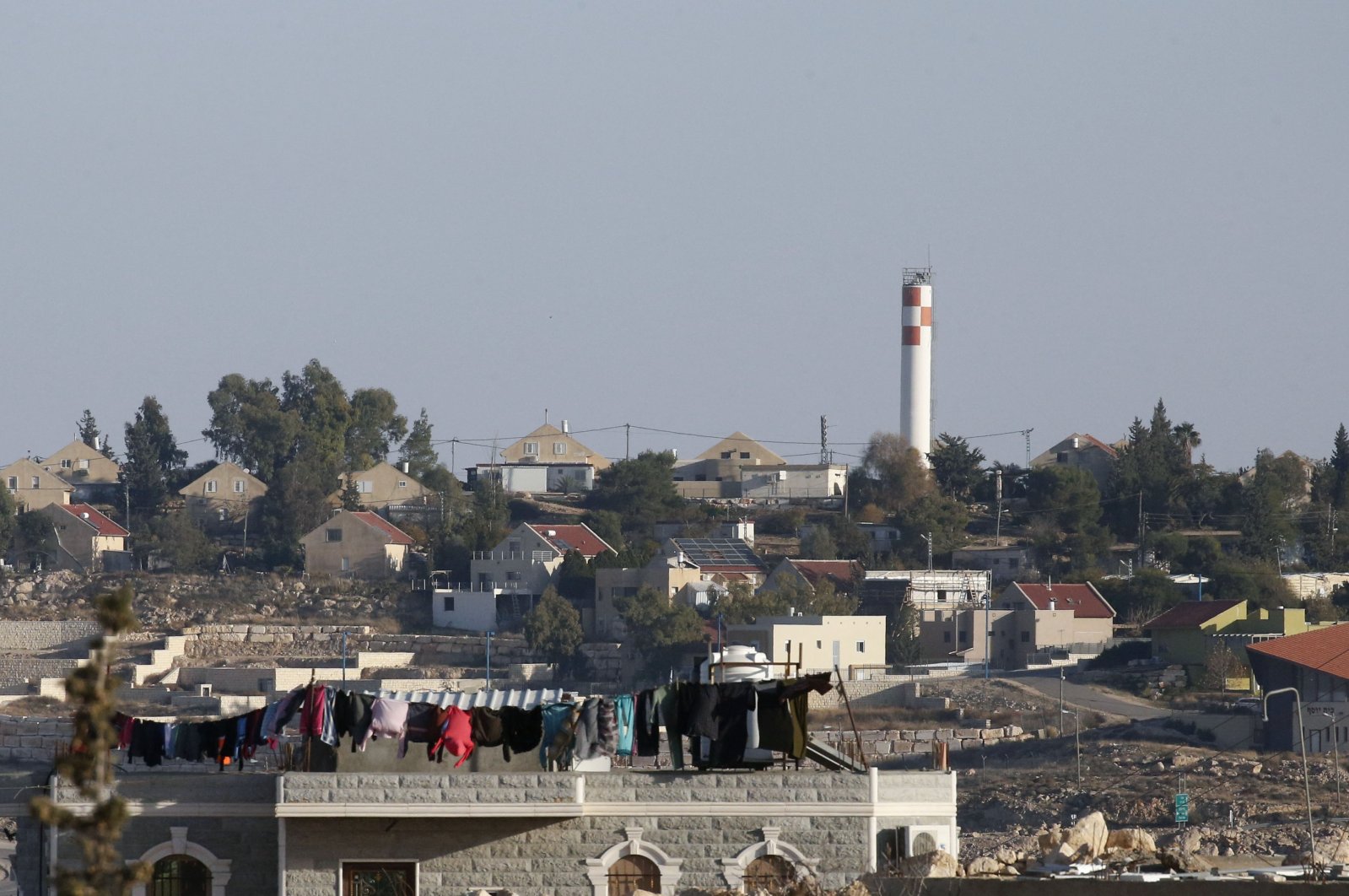 Clothes hang to dry on the roof of a house in the Palestinian village of al-Dirat near Yatta village, with a backdrop of the illegal Israeli settlement of Karmel in the southern area of Hebron city in the occupied West Bank, on Jan. 12, 2021. (AFP Photo)
by Anadolu Agency Jan 12, 2021 10:09 pm
RECOMMENDED

New US ambassador to Turkey presents credentials in Ankara

"The move is the latest example of the illegitimate practices of Israel that it accelerated before the new administration takes office in the US," the Turkish Foreign Ministry said in a written statement.

"It is obvious that Israel is trying to prevent the establishment of an independent and sovereign Palestinian state with geographical integrity and to eliminate the possibility of a two-state solution with these settlement activities," the ministry said.

It urged the international community to show the "necessary pressure" on Israel to end such acts, which disregard international law, especially the U.N. resolutions.

It also called on the community to oppose Israel's aggressive actions against Palestinians.

"We are happy to announce today that 800 new apartments have been built in Judea and Samaria," Netanyahu tweeted, using the biblical name for the West Bank. "We are here to stay (so that) we continue to build the Land of Israel."

Monday's decision came prior to the inauguration of U.S. President-elect Joe Biden on Jan. 20.

Outgoing U.S. President Donald Trump has supported the Israeli settlement activity in the West Bank, while Biden has voiced opposition to the activity during his electoral campaign.

The West Bank, including East Jerusalem, is regarded as "occupied territory" under international law, making all Jewish settlements there illegal.

New US ambassador to Turkey presents credentials in Ankara