'Turkey sides with Turkish Cypriots in their fight against COVID-19' 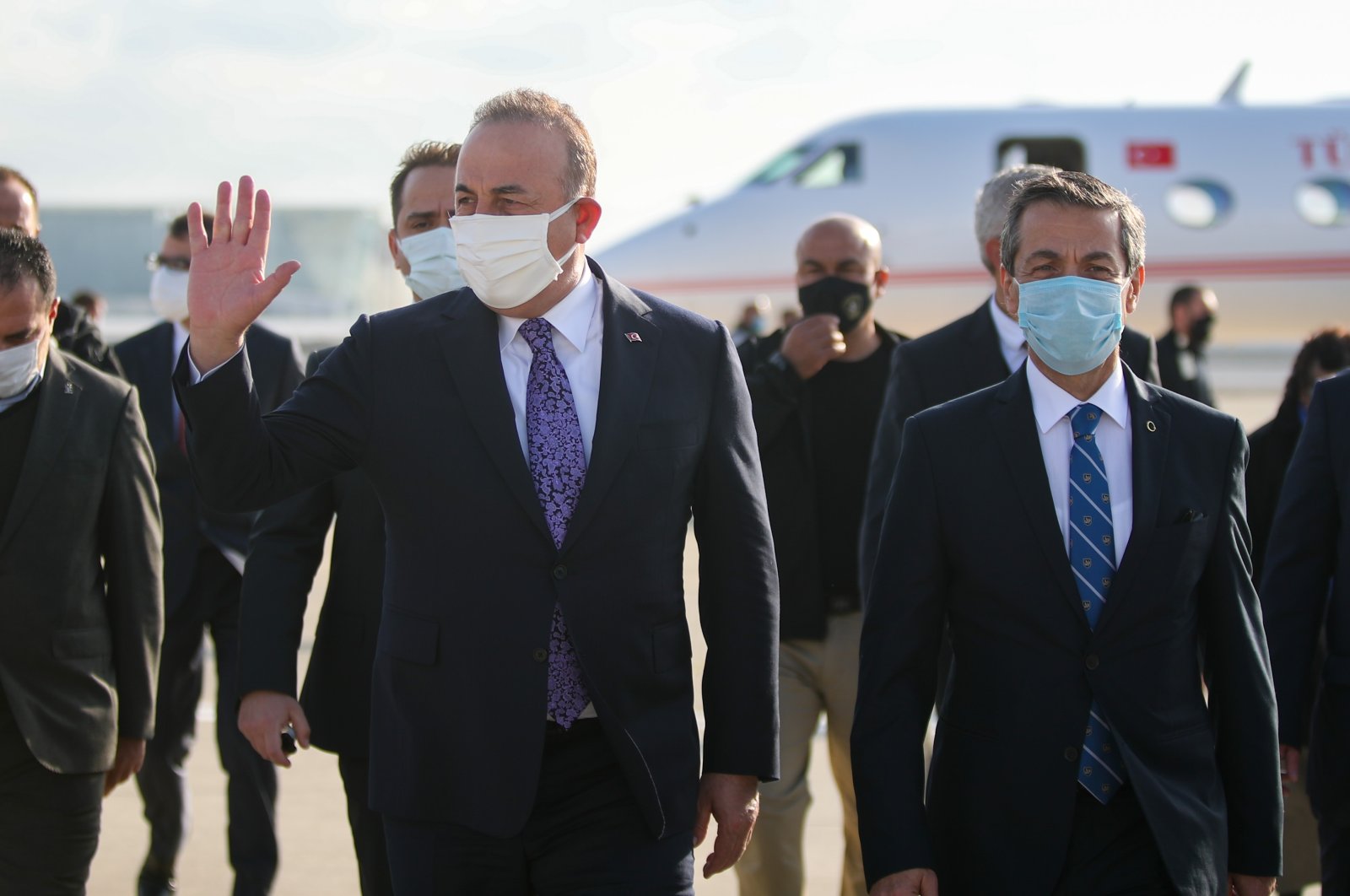 Foreign Minister Mevlüt Çavuşoğlu met Monday with Turkish Cypriot authorities as part of a two-day visit, highlighting the ties between the countries, particularly during the coronavirus pandemic.

Wishing Sennaroğlu success in his position as the TRNC's new parliament speaker, Çavuşoğlu said that during his visit, he along with his delegation aimed to once again underscore Turkey's full support of the Turkish Cypriot people's expectations.

Recalling that Turkey has sent 40,000 doses of COVID-19 vaccines to the TRNC, Çavuşoğlu told Sennaroğlu that Turkey would continue to send the necessary vaccine doses to Turkish Cyprus as it continues to receive its supplies.

Turkey last week delivered another batch of COVID-19 vaccines produced by China's Sinovac to the TRNC.

As many as 20,000 doses of CoronaVac were brought to the TRNC in an air ambulance belonging to the Turkish Health Ministry.

"Turkey has always been by our side, and the supply of vaccines is further proof," TRNC Health Minister Ali Pilli told Anadolu Agency (AA) upon the delivery of the vaccines. He expressed that he appreciated the Turkish leadership's efforts, adding that thanks to Ankara the vaccination campaign on the island will continue. On Jan. 14, Turkey sent the first shipment of 20,000 doses, soon after which TRNC began its immunization program. The first phase was carried out from Jan. 15-22.

Turkey previously delivered medical supplies to the TRNC to support the country in its fight against the pandemic. Back in November 2020, Turkey opened a new emergency hospital complex in the capital city Lefkoşa (Nicosia) to assist in the fight against the COVID-19 outbreak.

On Feb.1, the TRNC reported 46 more cases, making the total number of coronavirus cases 2,371. There have been a total of 14 deaths in the country so far.

In his meeting with Saner, Çavuşoğlu also recalled the U.N. Secretary General's plans to conduct a 5+1 meeting on the Cyrpus matter.

"The UN Secretary-General desires to hold such a meeting in March, if possible, in accordance with the COVID-19 situation in New York of course. We suggested that it could be held in Geneva, as the time is nearing," Çavuşoğlu said.

During the meeting Turkey and the TRNC will put up a united front and discuss the steps that need to be taken with Turkish Cypriot officials, he added.

TRNC Premier Saner says the Greek Cypriot's unwillingness to share with the Turkish Cypriots throughout the history of the issue is the reason a solution has not yet been reached.

Last week, there was new hope for the divided island of Cyprus following the announcement of the resumption of United Nations' negotiation talks in March, poised to leave the legacy of decades of failed reconciliation attempts behind.

On Jan. 20, Guterres announced his intention to invite the rival leaders of Cyprus to an informal meeting “as soon as practicable” but warned that this meeting must be different and help clarify “the true extent” of their common vision “and outline steps necessary to chart a way forward.” After decades of no progress, he said, “changes are happening on the ground that may become irreversible, should the two communities not recommit themselves to resolving their differences peacefully, proactively and with determination.”

The Cyprus issue has seen an on-and-off peace process in recent years. The latest talks, which began on June 28, 2017, and were monitored by Guterres' special adviser on Cyprus, Espen Barth Eide, failed after 10 days of intense discussions. The Greek Cypriot side leaked files, which the U.N. had classified as confidential, to the Greek media before sending them to the U.N. and the Turkish side, and while the Greeks never strayed from their discourse of "zero troops, zero guarantees," they were not receptive to offers and suggestions. Prior to that, in 2004, then-U.N. Secretary-General Kofi Annan's plan for a solution was accepted by the Turkish Cypriots but rejected by the Greek Cypriots in twin referendums.

Following his meetings with Sennaroğlu and Saner, the top Turkish diplomat met with his Turkish Cypriot counterpart Tahsin Ertuğruloğlu and congratulated him on his new appointment to the position.

"We as Turkey always want to work in harmony with the TRNC ... We will meet, decide and defend the rights of the TRNC and Turkish Cypriots together," Çavuşoğlu said during the meeting with Ertuğruloğlu

Noting that a strong Turkey would mean a strong TRNC, Ertuğruloğlu expressed his happiness to host his Turkish counterpart.

He also commented on the informal U.N. meeting on the Cyprus matter.

"Details, ordinary topics and confidence-building measures will not be discussed at the meeting. The goal of the 5+1 meeting is to determine whether there is a common ground," he said.

Ankara has been the TRNC's main supporter for decades now. In November, President Recep Tayyip Erdoğan expressed that a solution based on two equal sovereign states should be negotiated on the island of Cyprus.

Currently, the TRNC has a population of almost 400,000 people. Even though it is not recognized by any country other than Turkey, it is a model state in terms of its democracy and freedom. A 2016 Freedom House report on the country stated it is "free" when it comes to political rights and civil liberties.