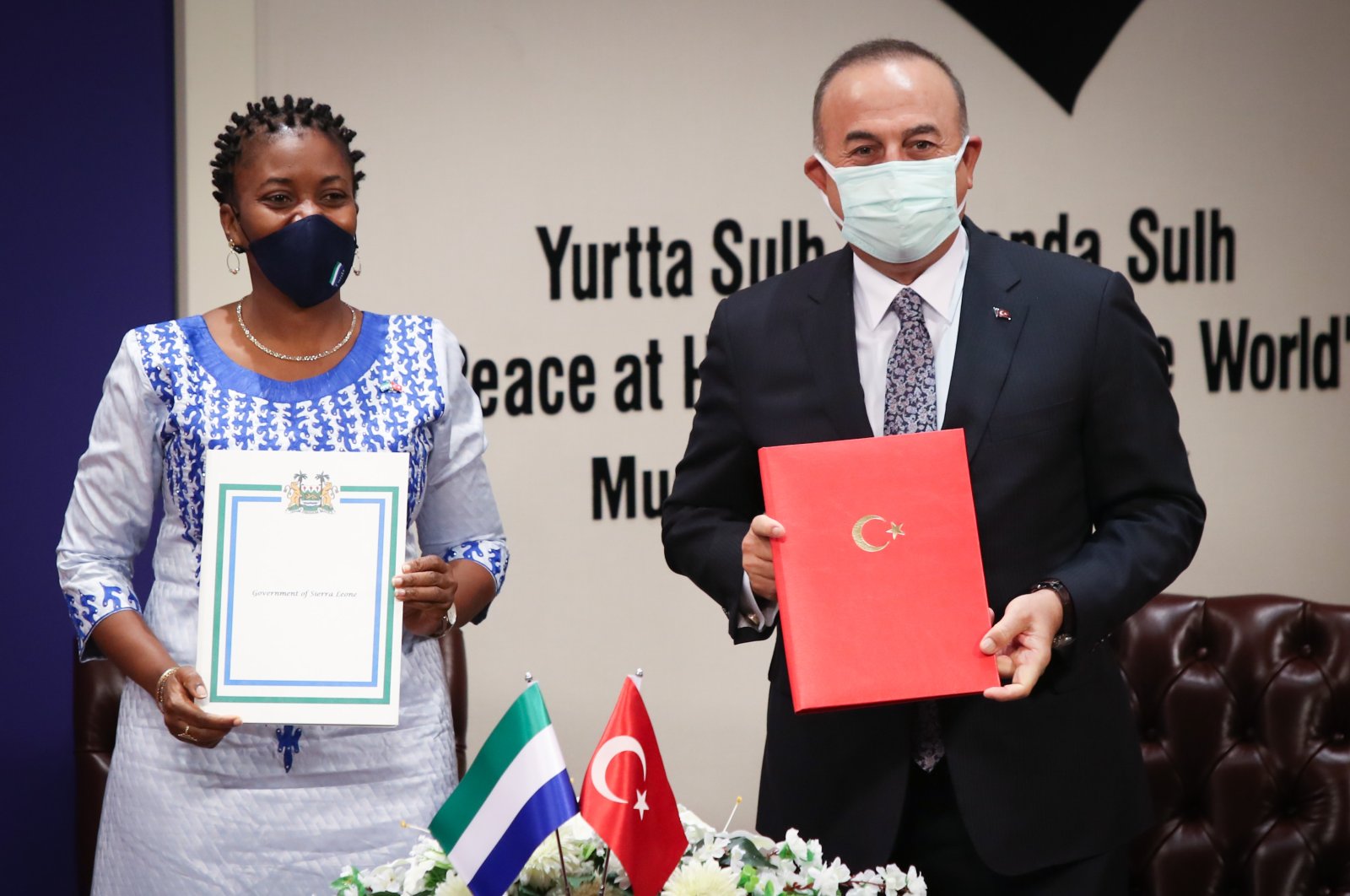 Turkey and Sierra Leone inked three agreements on taxation, technology and education on Tuesday, pledging to enhance cooperation in all fields including culture, defense, economy and investment.

International Cooperation and Foreign Minister of Sierra Leone Nabeela Tunis and Turkish Foreign Minister Mevlüt Çavuşoğlu signed agreements including one for the elimination of double taxation with respects to taxes of income and the prevention of tax evasion and avoidance, before heading to the official inauguration of the Embassy of Sierra Leone in Ankara.

Çavuşoğlu pointed out that Sierra Leone’s Embassy will be the 36th embassy of an African country in Turkey, while Ankara similarly is set to increase the number of its embassies in Africa.

“In a short time, we will open embassies in Guinea-Bissau and Togo, raising the number of from 42 to 44, while our goal is to reach 50,” Turkey’s top diplomat stated.

“Sierra Leone is one of the countries with whom our relations are excellent,” Çavuşoğlu said, adding that both countries have close and frequent contact and work toward enhancing relations in all fields as well as strengthening the legal basis of bilateral relations.

Çavuşoğlu reminded that both countries had signed seven agreements last year and stated that another agreement on defense industry cooperation was expected to be signed later Tuesday.

“We see that a great number of Turkish companies are interested in investing in Sierra Leone, which is a reflection of the country’s potential. We will continue to encourage Turkish companies to make more investment,” he said.

Besides bilateral cooperation, the two top diplomats also discussed regional issues and relations with the African Union as well as the situation in Mali where a military coup took place in August and the post-election tensions in the Ivory Coast, where authorities say President Alassane Ouattara has been reelected for a contested third term.

Tunis, for her part, voiced that Sierra Leone sees Turkey as a strategic and reliable partner in the international system.

Emphasizing the importance Sierra Leone lays in its relations with Turkey, Tunis said: “This visit is much more significant than my visit last year. Today, we take a more important step. We will hold the inauguration of our embassy here. This is a factor showing how important relations between Turkey and Sierra Leone are."

Relations between Turkey and Sierra Leone were established in 1971. Turkey’s embassy in Freetown commenced its operations in February 2018. The country also provides development assistance to Sierra Leone in various domains through the Turkish Cooperation and Coordination Agency (TIKA).