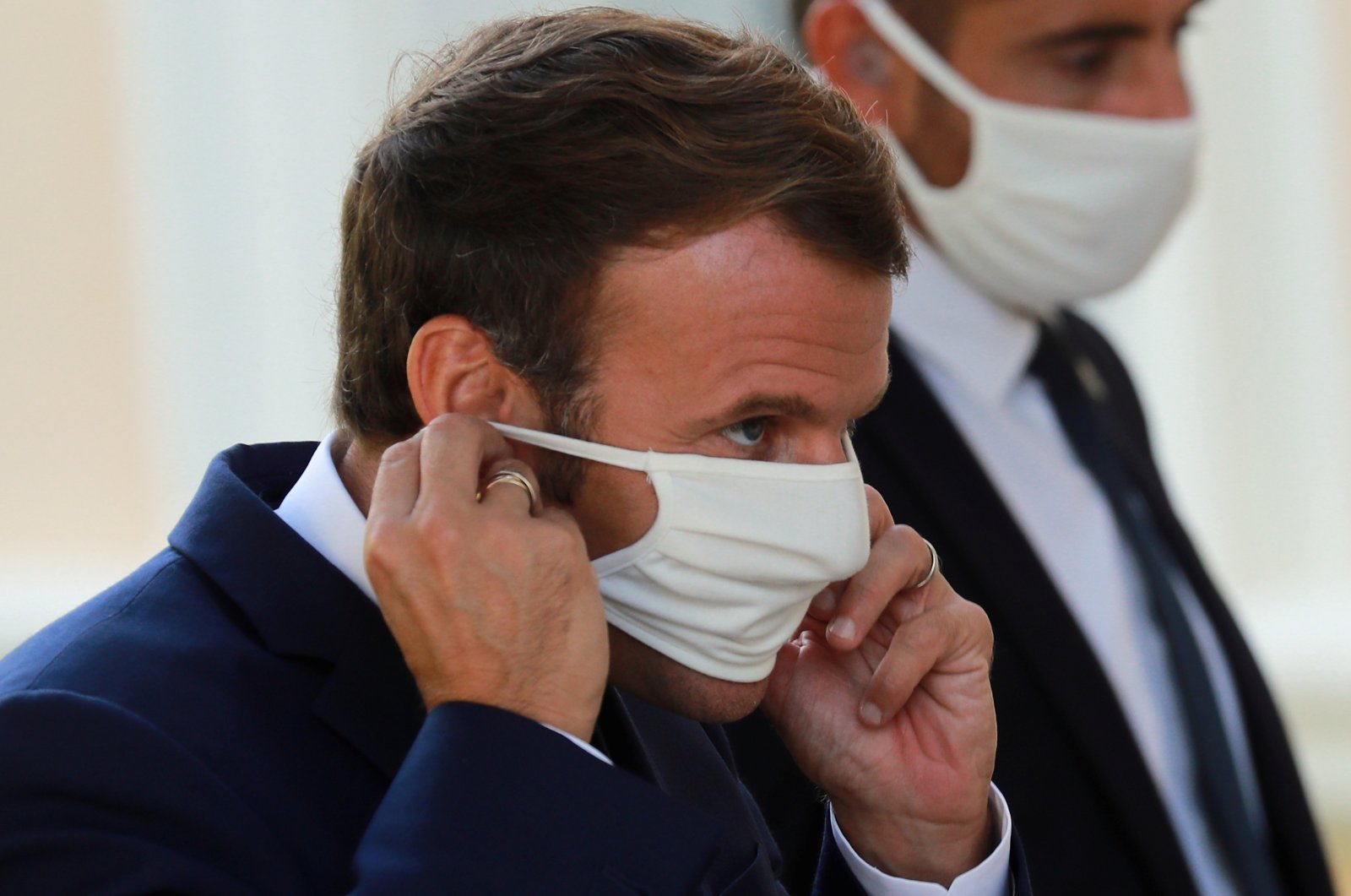 French President Emmanuel Macron puts on his protective mask as he arrives for a news conference in Ajaccio, on the Mediterranean island of Corsica, France, Sept. 10, 2020. (REUTERS Photo)
by DAILY SABAH Sep 10, 2020 3:22 pm
RECOMMENDED

Türkiye says it's 'currently impossible' to allow Sweden into NATO

Releasing a statement, the Foreign Ministry said that Macron once again made an arrogant statement reflecting his old colonialist reflexes.

“In fact, Macron's statements are a manifestation of his own incompetence and despair. The world has left behind the days when they freely acted. Macron, whose sneaky foreign policy plans were spoiled by us, every day attacks Turkey and our president with his feeling of grudge,” it added.

The statement added that Macron endangers the EU’s interests with his "individual and nationalistic stance."

Macron on Thursday urged Europe to show a united front against the "unacceptable" conduct of Turkey as he prepared to host a summit of Mediterranean states expected to be dominated by growing tensions with Ankara.

"We Europeans need to be clear and firm with the government of President Erdoğan, which today is behaving in an unacceptable manner," Macron told reporters in Corsica, where the summit was to open.

He said that at the moment Turkey was "no longer a partner in the region" of the Eastern Mediterranean due to its behavior, though he hoped to "restart a fruitful dialogue with Turkey."

The EuroMed 7 is an informal group of EU Mediterranean states, sometimes dubbed "Club Med," which held its first summit in 2016. Turkey is not a member.

The summit of leaders from France, Italy, Malta, Portugal, Spain, Greece and the Greek Cypriot administration met at a coastal resort on Corsica just outside its capital Ajaccio.

Türkiye says it's 'currently impossible' to allow Sweden into NATO