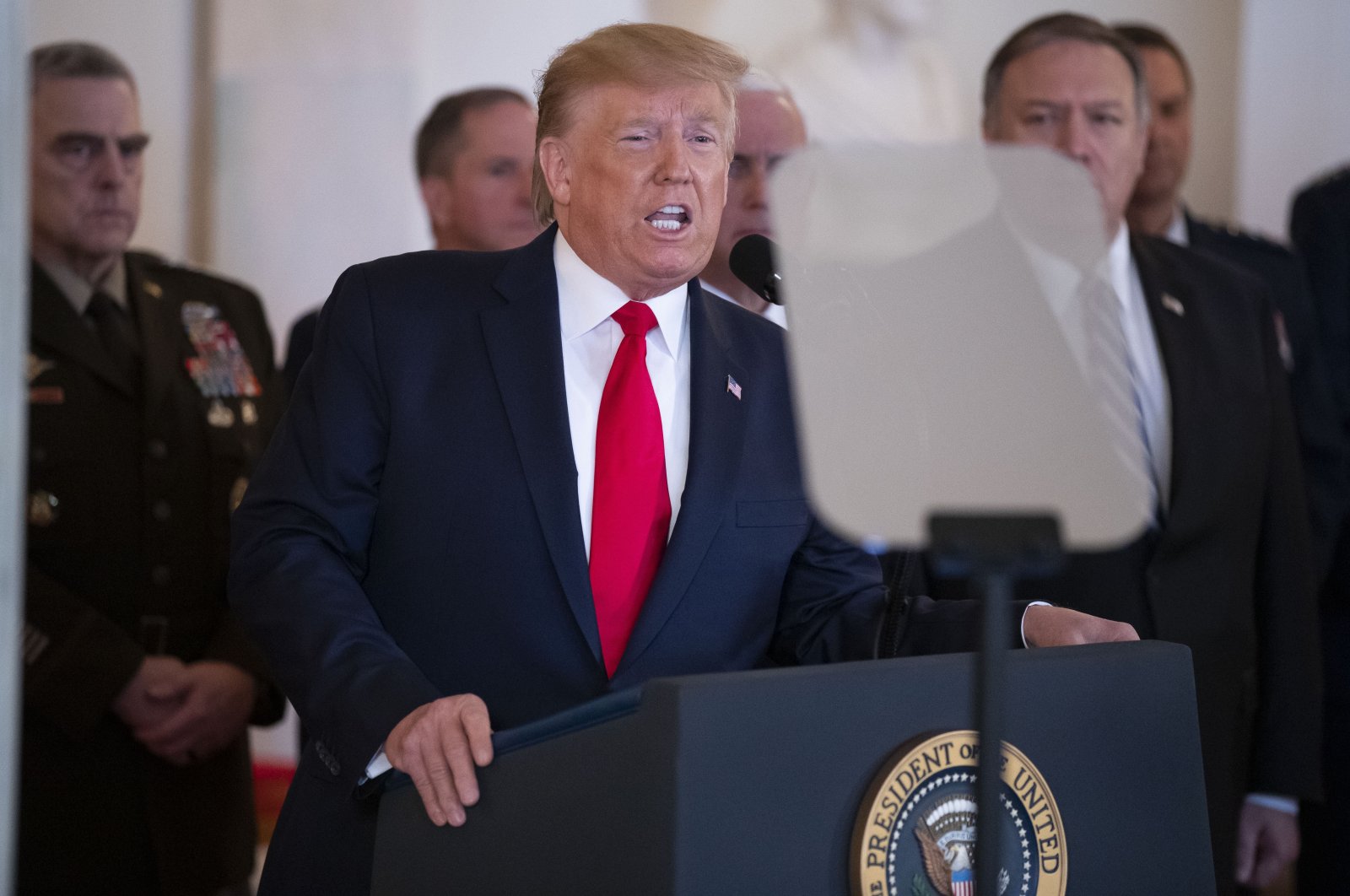 Turkey on Tuesday slammed the United States' decision to partially lift the arms embargo on Greek Cypriots, saying that Ankara would take a countermeasure unless Washington reconsiders its decision.

If the U.S. doesn't reconsider its decision to lift the arms embargo from Greek Cypriots, Turkey will take countersteps, said Turkish Foreign Ministry in a statement on Tuesday, calling the move incompatible with the spirit of the alliance between the nations.

The U.S. is partially lifting its arms embargo on Southern Cyprus, Secretary of State Mike Pompeo informed Greek Cypriot administration leader Nicos Anastasiades on Tuesday. Pompeo and Anastasiades discussed their "deepening" security relationship during a telephone call, according to the State Department.

The decision will affect the export, re-export, retransfer and import of non-lethal defense articles and services for the upcoming fiscal year that begins in October.

"The Republic of Cyprus is a key partner in the Eastern Mediterranean," Pompeo said separately on Twitter. "I am pleased to announce that we are deepening our security cooperation. We will waive restrictions on the sale of non-lethal defense articles and services to the Republic of Cyprus for the coming fiscal year."

The U.S. embargoed arms sales to Greek Cypriot administration in 1987 under the pretext of preventing an arms buildup on the island.

The U.S. announcement comes amid markedly strained tensions in the region between Turkey and several nations in the Eastern Mediterranean. The European Commission earlier Tuesday called for dialogue with Turkey to find a solution to de-escalate the crisis.

Apparently seeking to block Turkey's maritime territorial claims, Greece signed exclusive economic zone (EEZ) deals with Italy on June 9 and with Egypt on Aug. 7. The Turkish Foreign Ministry slammed the latter pact in a statement, asserting that Greece and Egypt share no sea borders and the deal is "null and void." It added that the demarcated area in the pact is located in Turkey's continental shelf, as Ankara reported to the United Nations.

Speaking to U.S. ambassador to the Greek Cypriot administration Judith Gail Garber by phone, TRNC President Mustafa Akıncı said the decision "was not a step in the right direction," according to a statement from the presidential office.

In the phone conversation initiated by Garber, Akıncı stressed that the decision would not encourage the Greek side to reach a comprehensive solution in Cyprus and would not serve peace, but on the contrary, would help the Greek side steer clear of the negotiation table.

Akıncı underlined that it is necessary not to contribute to armament efforts in Cyprus and the Eastern Mediterranean but to facilitate dialogue and reconciliation.

Prime Minister Ersin Tatar emphasized in a statement that lifting the arms embargo will not do anything other than increase the conflict and serve the U.S. in "making money."

Noting that the decision was wrong, Tatar said the move, which came at a time when Greek provocations in the region were on the rise, did not suit a permanent member of the United Nations Security Council like the U.S.

"I condemn the U.S. and invite it to return from this mistake immediately," he said.

Tatar reiterated that Turkey and the TRNC will never give up their rights.

"What needs to be done is not to increase tensions, but to come to peace by seeing the facts," he added.

"It is a disappointment for the stability and peace in the region that the US announced its decision to lift the arms embargo on the Greek Cypriot side on September 1, World Peace Day," Özersay said in a statement.

Özersay emphasized that everyone should think very well what it means to lift the arms embargo, which was put into effect on the grounds of not interrupting efforts to resolve the Cyprus problem.

"In this geography, we witnessed many wrong decisions that were unfair and supported only one of the parties to the dispute. This last decision taken by the US on the arms embargo will be just one of them, but it will not even dissuade us from our struggle for our rights and interests in the region," he added.