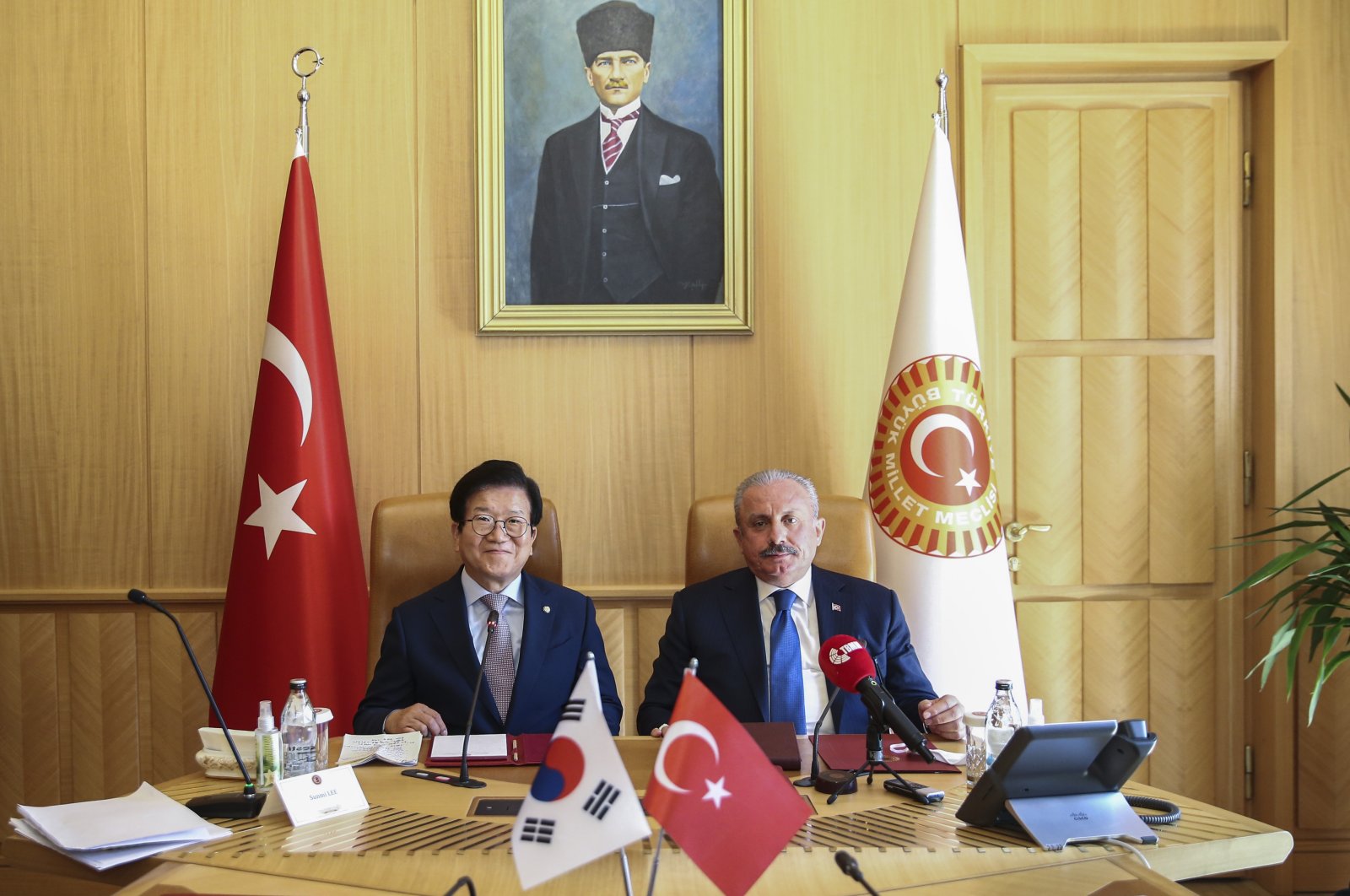 Turkey is very pleased with the acceleration of friendly relations with South Korea, which were built on the fraternity in the Korean War and which is raised to the strategic partnership level in 2012, Turkey's Parliament Speaker Mustafa Şentop said Tuesday.

Expressing his pleasure to host Byeong-seug and his accompanying delegation in Ankara, Şentop said: "The revival of parliamentary diplomacy, which has been partially slowed down in the pandemic conditions affecting the world, and being able to meet face to face makes us happy."

"There is a solid cooperation infrastructure between our countries, especially in areas such as trade, science and technology, education, transportation and contracting services," he added.

Byeong-seug, for his part, said: "In the Korean War, the Turkish soldiers fought for the democracy and freedom of Korea, their sacrifices were not in vain: the current development of Korea has been made possible by the efforts of the Turkish soldiers. Korea does not use the expression 'my brother' for any country, we only call Turkey a 'brother country.' After establishing a strategic partnership in 2012, bilateral cooperation between Korea and Turkey has increased in every field. We hope that this friendship and sincere relations will increase even more."

The war between North and South Korea erupted on June 25, 1950, as the North invaded the South by the 38th parallel that acted as a border. The war ended unofficially on July 27, 1953, but since no peace agreements were reached, both sides are still looking to agree upon a permanent peace deal on the 68th year of the “Panmunjom cease-fire agreement."