Turkey stands with Lebanon in aftermath of Beirut blast 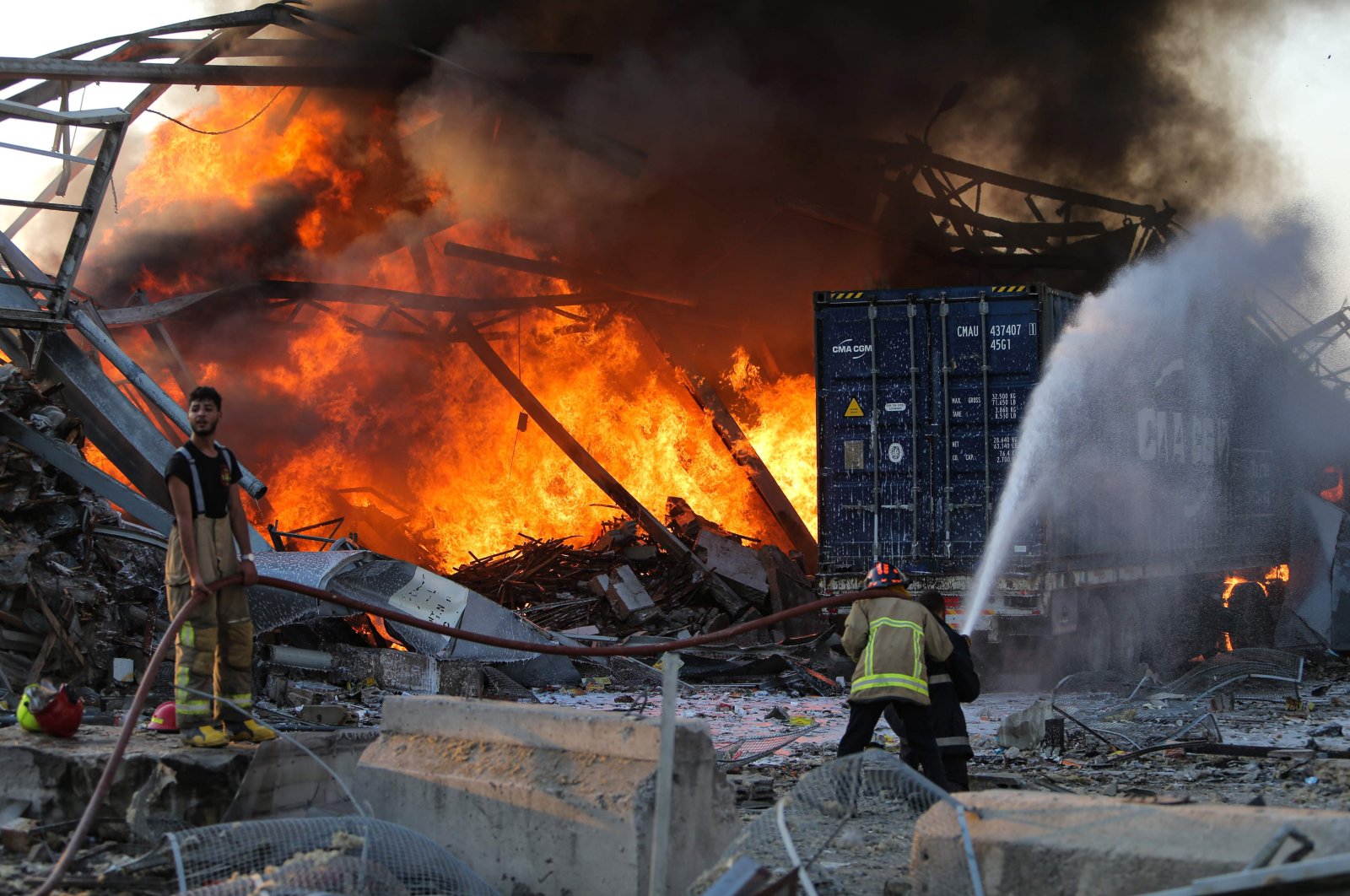 In a phone call, Erdoğan extended his condolences to his counterpart Michel Aoun, as well as to the Lebanese people, Turkey's Communications Directorate said in a statement.

Erdoğan said Turkey would stand by Lebanon and was ready to provide humanitarian assistance, especially in terms of health care, to the Lebanese people.

He also published a message in Arabic on Twitter.

"I offer my condolences to the relatives of those who have lost their lives in the explosion at the port of Beirut and I pray Allah gives them patience and stamina,” Erdoğan said.

"I wish immediate healing to the injured. We will always stand by Lebanon and our Lebanese brothers," he added.

The first state official to address the disaster was Vice President Fuat Oktay, who conveyed his condolences to the Lebanese people, adding that Ankara was ready to help with whatever was needed.

In a tweet, Foreign Minister Mevlüt Çavuşoğlu wished mercy upon the victims of the blast.

"Condolences to the brotherly and friendly people of #Lebanon. Hoping there won't be any more losses. Ready to assist our Lebanese brothers & sisters in any way," Çavuşoğlu said regarding the blasts.

A similar statement also came from Ömer Çelik, spokesman for the ruling Justice and Development Party (AK Party), who said that they would stand by the people of Beirut in this difficult time.

"Although the reason for the explosion in Beirut has not been concluded, there are many dead and wounded," said Turkish Parliament Speaker Mustafa Şentop.

Şentop also wished a speedy recovery for Turkish citizens who were injured in the explosion and added that Turkey would come to Lebanon's aid as it had to other nations.

The foreign minister of the Turkish Republic of Northern Cyprus (TRNC), Kudret Özersay, also wished mercy upon those who lost their lives in the explosion and expressed hope for no further loss of life and that those injured would make a speedy recovery.

According to information from Foreign Minister Çavuşoğlu on Wednesday, six Turkish citizens were counted among the hundreds injured in the explosion.

Çavuşoğlu in a tweet said five Turkish citizens suffered minor injuries, while another is recovering from surgery.

"We are also in contact with their families," he added.