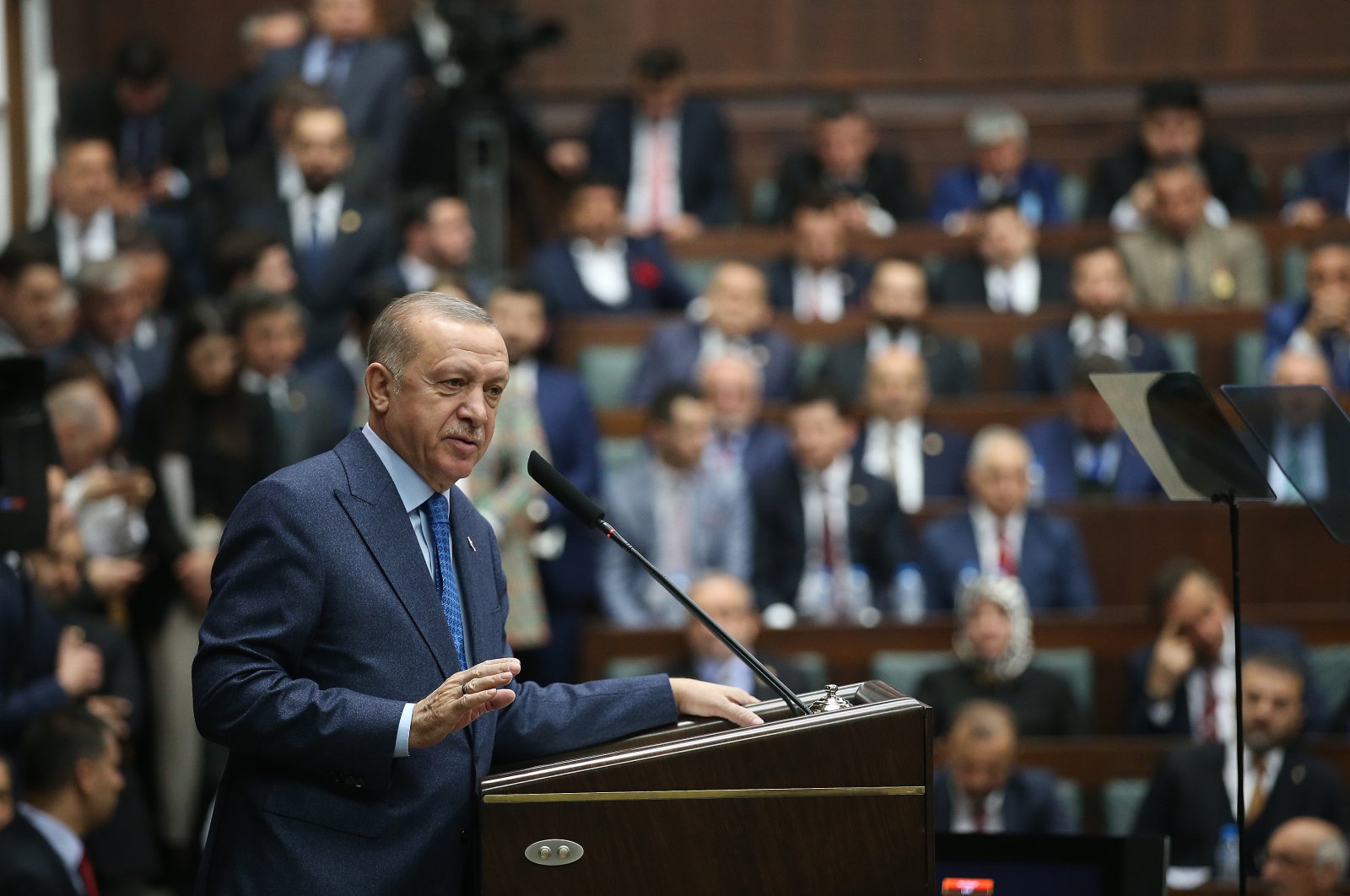 Turkey is striving to ensure a permanent cease-fire in Syria's northwestern Idlib province and expects Russia to address violations. Ankara will not hesitate to carry out further military operations in the area if promises are not kept, President Recep Tayyip Erdoğan said Wednesday.

"If the Syrian regime and Russia fail to keep their promises of a cease-fire, we will not hesitate to take the necessary steps against them. The security of Turkish observation points in the region is our biggest priority right now," Erdoğan told the parliamentary group meeting of the Justice and Development Party (AK Party) in Ankara.

Erdoğan noted that Turkey aims to make the temporary cease-fire in Syria’s Idlib permanent and will not shy away from further military operations in the area if the cease-fire pledge is not kept.

Touching upon increasing attacks by YPG/PKK terrorists against Turkish troops in the Tal Rifaat area, Erdoğan said the military eliminates the terrorists wherever they find them.

He highlighted that Ankara will continue to genuinely support all efforts that aim to ensure safety, security and stability in northwestern Syria. He added that Turkey accepted the implementation of a cease-fire in the area not because it cannot fight the Assad regime and terrorists, but because the country wants to find a solution to the Idlib crisis.

The cease-fire was reached in Moscow last week following talks to contain the escalating conflict in Syria. This was the 10th meeting between Russian President Vladimir Putin and Erdoğan in just over a year.

The president also said Turkey would keep the border open for migrants trying to reach Europe until the European Union fulfills its pledges.

"Until all Turkey's expectations, including free movement, ... updating of the customs union and financial assistance are tangibly met, we will continue the practice on our borders," he said.

He criticized the bloc for remaining indifferent to Greece's "inhumane" treatment of the migrants.

“Opening fire and throwing gas bombs on innocent people is barbaric. Nobody says anything against Greek authorities who strip migrants and commit crimes against humanity,” Erdoğan said.

Warning that the migrant influx will not be limited to Greece, Erdoğan said it would spread throughout the Mediterranean.

In the last few years, Erdoğan and Putin have worked closely to try to resolve the nine-year conflict, proving that the continuing dialogue between the two leaders may overcome the differences in the end. They managed to coordinate their interests by avoiding direct confrontation between their forces in Syria, even though Moscow has been backing the Bashar Assad regime while Ankara has supported opposition groups. Both Russia and Turkey appear eager to avoid a showdown despite conflicting interests in Idlib province, making it difficult to negotiate a mutually acceptable compromise.

The relationship between the countries has been strained in recent weeks, with the two sides trading accusations of violating the Sochi deal, which created a buffer zone and allowed for the deployment of 12 Turkish observation posts. Several previous deals to end the fighting in Idlib have collapsed.

Especially since April 2018, the attacks on the last opposition stronghold dramatically intensified and caused new waves of refugee flows that move toward the Turkish border, putting the country – which already hosts 3.7 million Syrian refugees – in a difficult position.

Currently, Turkish soldiers are stationed in the region to protect the local population and counterterrorism groups. Despite the military escalation, Ankara has also been putting forth efforts to keep diplomatic channels active with Russia in hope of a finding a political solution, urging the country to uphold the peace agreements and ensure an immediate cease-fire.