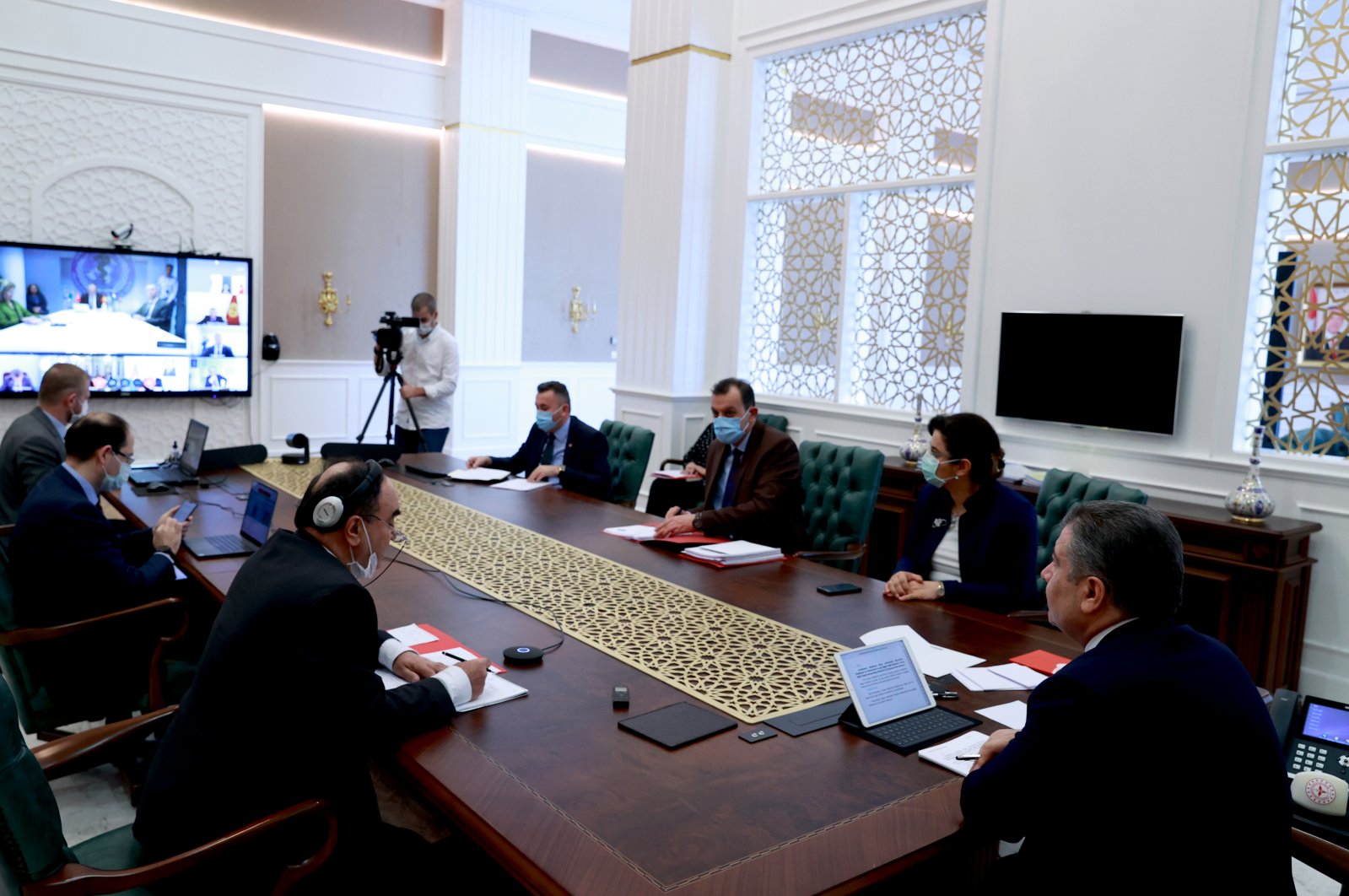 Turkish Health Minister Fahrettin Koca (R) and other officials attend to the videoconference held between counterparts from the Turkic Council, in Ankara, on April 28, 2020. (AA Photo)
by Anadolu Agency Apr 28, 2020 10:22 pm
RECOMMENDED

Turkey’s Health Ministry has managed to successfully isolate the coronavirus in its own laboratories, Health Minister Fahrettin Koca announced Tuesday at an online meeting to bolster anti-COVID-19 cooperation among Turkic Council members. The minister added that the achievement would pave the way for further research.

Koca told his counterparts in Azerbaijan, Kazakhstan, Kyrgyzstan, and Uzbekistan that the ministry also created a database to monitor innovative projects on COVID-19.

Attendees of the videoconference discussed the latest figures regarding COVID-19 cases in their respective countries, as well as the state of their health infrastructures, diagnosis and treatment methods and quarantine measures. The meeting was agreed upon at a leaders’ summit attended by President Recep Tayyip Erdoğan on April 10.

The representatives agreed to establish a cooperation mechanism run by a committee, which would include leading scientists, doctors and heads of relevant public institutions across member states.

At the meeting, the establishment of a strong supply chain between the member countries for the production of medicines and medical equipment as well as mutual aid was also decided upon.

As a non-member observer state, Hungary's Health Minister Zoltan Lorinczi and WHO Regional Director for Europe Hans Kluge were also in attendance.

Since it first appearing in China last December, COVID-19 has spread to at least 185 countries and regions.

Data compiled by the U.S.basedJohns Hopkins University shows worldwide infections have surpassed 3.06 million with more than 212,000 deaths. Over 906,000 have recovered.