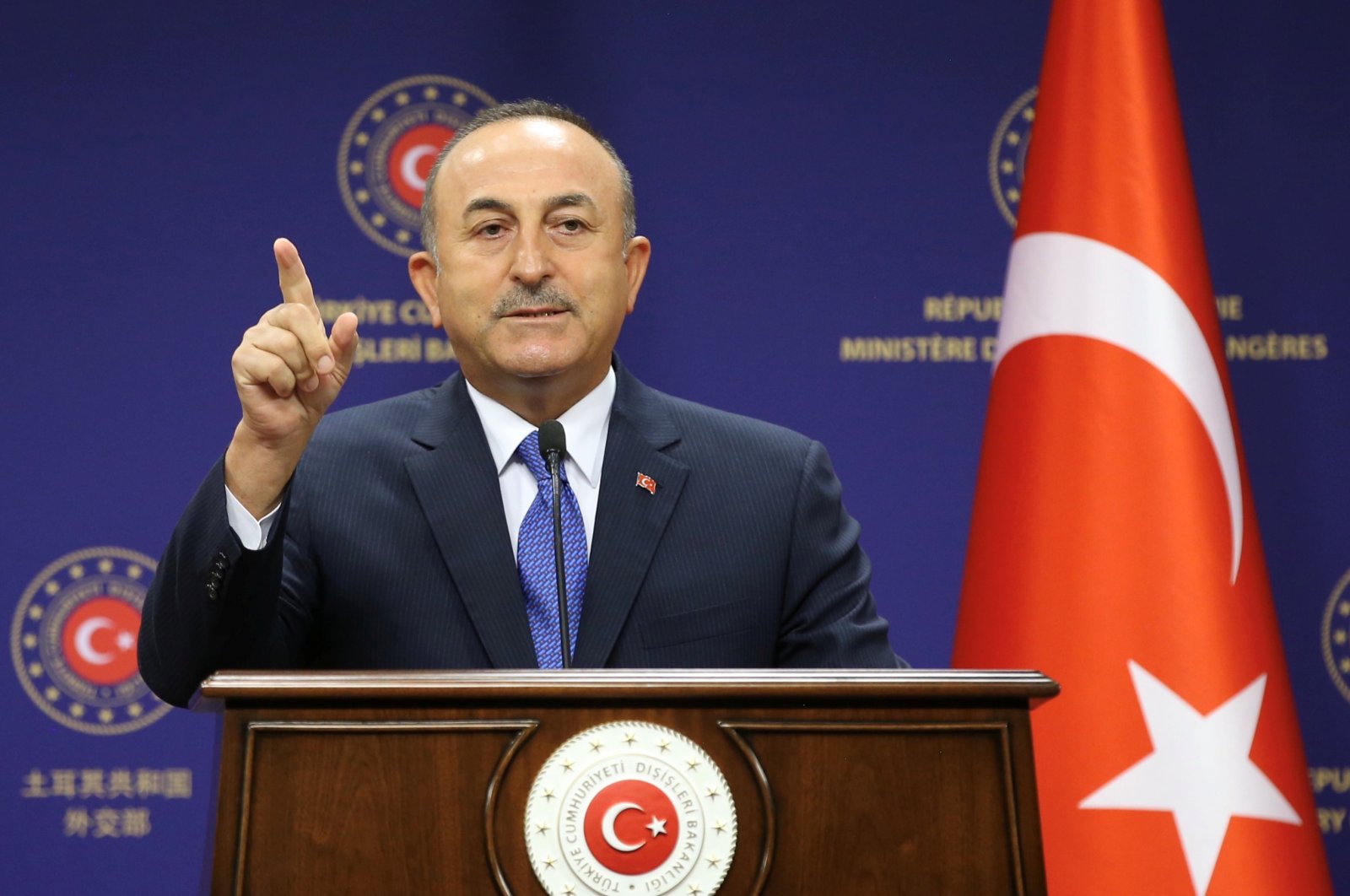 Insulting and cursing should not be seen in terms of freedom of the press, Çavuşoğlu said in a news conference.

Çavuşoğlu also stressed that there is no point in embarking on new initiatives in Cyrpus which are doomed to fail.

"We have said over and over again that we will no longer negotiate for a federation on the Cyprus issue," he said.

"(Greek Cypriot leader) Anastasiades once even told me that they 'don't even want to share their hospitals with Turks.' The Greek side's attitude does not allow for a federation," Çavuşoğlu added.

"They first accepted rotating presidency but later rejected it," he concluded.

In 1974, following a coup aimed at Cyprus' annexation by Greece, Ankara had to intervene as a guarantor power. In 1983, the Turkish Republic of Northern Cyprus (TRNC) was founded.

For many decades, talks were held to resolve the dispute, all of which ended in failure. The latest, held with the participation of the guarantor countries, ended in 2017 in Switzerland.

More recently, Greece has disputed Turkey's current energy exploration activities in the Eastern Mediterranean, trying to box in Turkish maritime territory based on small islands near the Turkish coast.

Turkey, the country with the longest coastline in the Eastern Mediterranean, has sent out drillships to explore for energy on its continental shelf, citing that Ankara and the TRNC have rights in the region.

Turkish officials have iterated time and again that dialogue about fair sharing of resources will be a win-win for all sides.

In a recent report, U.N. Secretary-General Antonio Guterres said, "new ideas" may be needed for settling the issue of the island.