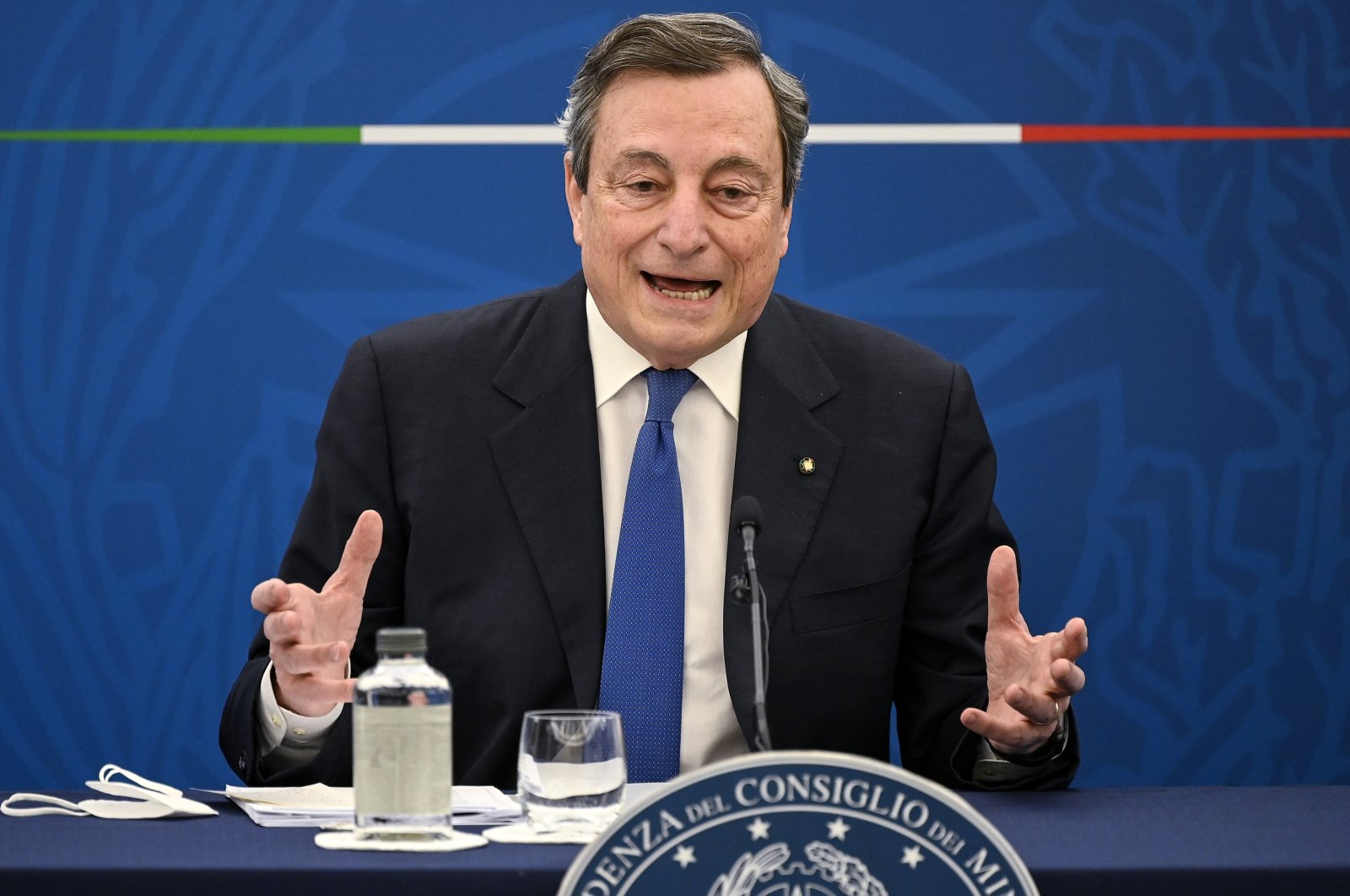 NATO's strategic concept should fight all forms of terrorism: FM

Ambassador Massimo Gaiani, who has been serving as the Italian ambassador in Turkey since January 2019, was summoned over Draghi's remarks, in which he called Erdoğan a "dictator."

He added that Turkey "returns" the remarks made.

In a statement, the Foreign Ministry said that the Italian envoy was immediately summoned over the “unacceptable” remarks about Erdoğan. Deputy Foreign Minister Faruk Kaymakcı told the ambassador that Turkey condemns the appointed Italian prime minister’s remarks about Erdoğan, who became president after receiving the highest amount of support in Europe, the statement said, adding that Turkey expects Italy to withdraw the remarks, which contradict Turkey-Italy friendship and alliance.

The deputy foreign minister also told the ambassador that the statements about the seating arrangements regarding Wednesday’s meeting with no knowledge about the protocol are “unacceptable.” Furthermore, Kaymakcı added that Turkey would not take sides in meaningless disputes of the EU and finds the efforts to sabotage the positive developments between Turkey and the bloc “useless.”

“We condemn this statement and expect him to revise it in any case,” Kalın said.

Noting that Erdoğan was "elected president by the Turkish people with 52%," Altun said, "We strongly condemn this style which has no place in diplomacy."

"Those looking for the dictator should look at the history of Italy," he continued.

Vice President Fuat Oktay also took to Twitter to condemn the Italian prime minister's remarks and called on him to apologize.

"I condemn the impudent and indecent statements by Prime Minister Draghi about our President, who has considered the interests of his country and nation throughout his life, objected to any sort of fascism and tutelage and won every election with the high trust of the public," Oktay said.

Draghi's remarks came after images that appear to show European Commission President Ursula von der Leyen without a seat drew intense criticism and accusations on social media. However, Çavuşoğlu noted that the seating arrangement was previously discussed with the bloc and was made according to their suggestions.

The European Council head of protocol noted that the incident could have been prompted by the order of protocol established by the EU treaty.

NATO's strategic concept should fight all forms of terrorism: FM