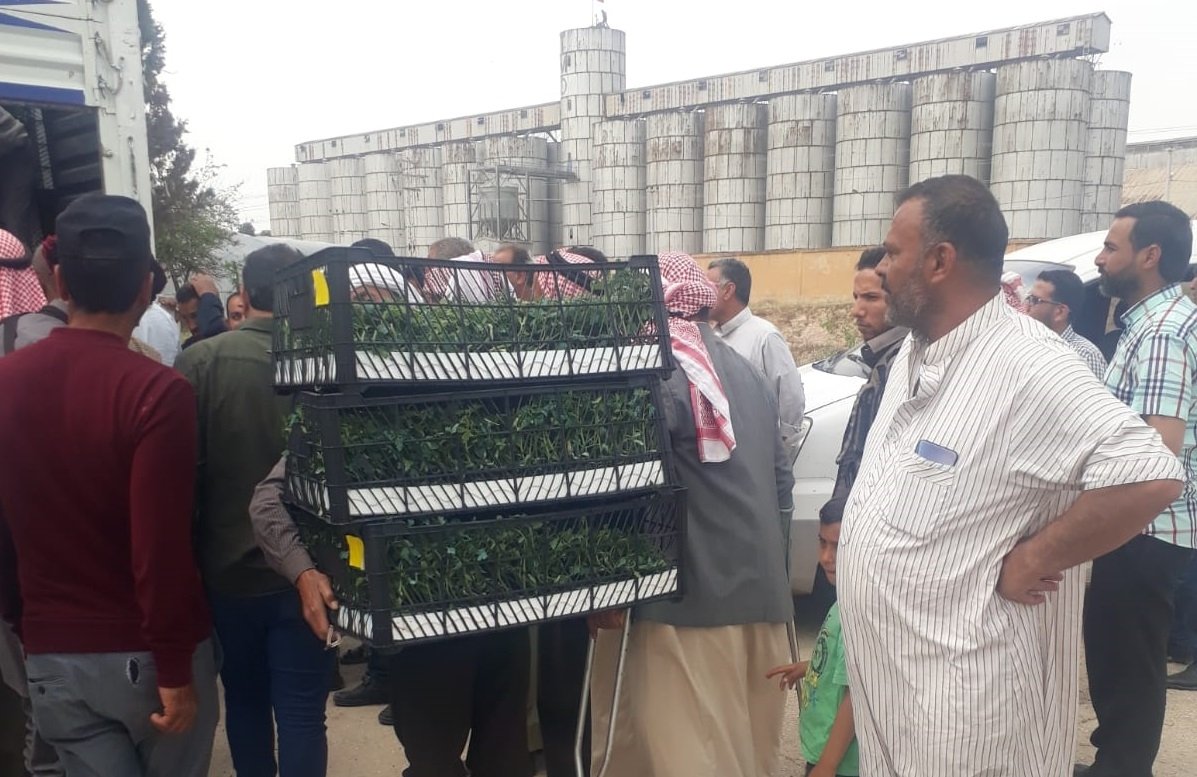 Turkey has been providing support for farmers in northern Syria's Tal Abyad and Ras al-Ain in order to increase the diversity in agricultural production.

According to the statement released by the southeastern border province Şanlıurfa Governorate's Syria Support and Coordination Center (SUDKOM), farmers in the area of Turkey's cross-border Operation Peace Spring have been benefiting from the support as part of the efforts to help the region's economic development and normalization following the occupation by terrorist groups.

While farmers in the region have the opportunity to sell their products at the market price, agriculture coordinators working under the roof of SUDKOM also provide them consultation service in the field of agricultural diversity.

In the region where the production of grain dominates, the efforts for more vegetable production also continue. As part of the initiative, 120,000 tomato seedlings provided by the Ministry of Agriculture and Forestry were distributed to the farmers in Ras al-Ain.

The operation, conducted in line with the country's right to self-defense borne out of international law and United Nations Security Council resolutions, aimed to establish a terrorist-free safe zone for Syrians to return in the area east of the Euphrates River, which was then controlled by the U.S.-backed YPG terrorists.

Since the launch of the operation, Turkey has been supporting every aspect of life in the region, from health to education, security to agriculture. In this respect, efforts to clear bombs and improvised explosive devices were launched and administration duties were given to local councils. The country also rolled up its sleeves to reconstruct hospitals, schools, mosques and roads destroyed by the PKK's Syrian branch YPG. Within the scope of ameliorating the region's social infrastructure, people were given food and clothing by several nongovernmental organizations while roads and buildings were rebuilt. These efforts paid off as hundreds of displaced Syrians started to return to the liberated areas.