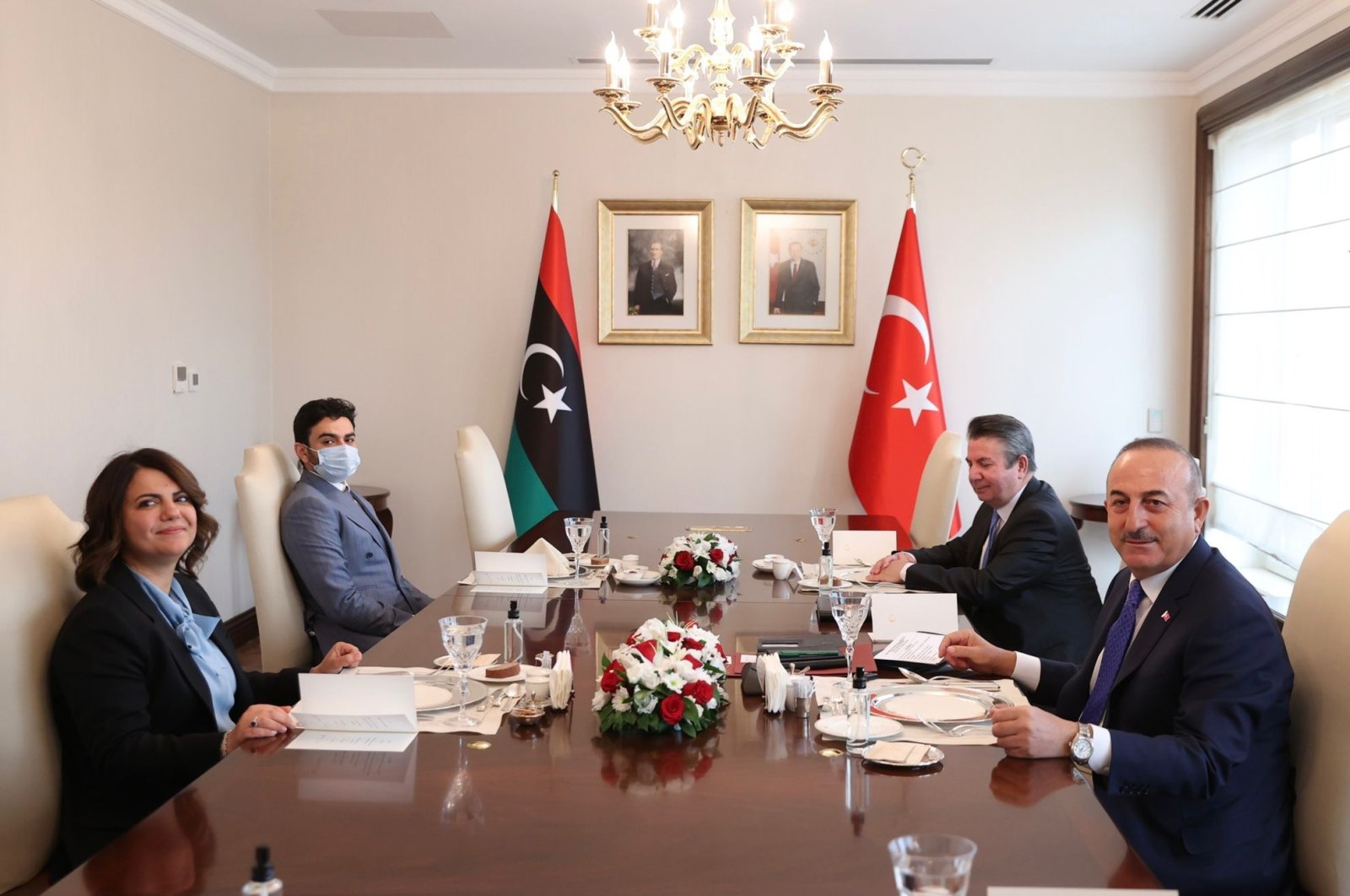 Turkey supports a free, fair and credible environment for the elections that will be held in Libya, Foreign Minister Mevlüt Çavuşoğlu said Thursday.

In his post on his Twitter account, Çavuşoğlu said: "Discussed our bilateral relations and the issues on our agenda with our first guest today, Foreign Minister Najla Mangoush of Libya."

"Elections should be held in a free, fair and credible manner," he said adding that Turkey will continue to contribute to the stability and prosperity of Libya.

Mangoush paid an official visit to Turkey on Thursday. She attended several meetings with Turkish officials and discussed bilateral relations and current developments in Libya.

During the Libyan conflict, Turkey backed the country's internationally recognized Tripoli-based Government of National Accord (GNA), which was fighting the eastern-based forces of putschist Gen. Khalifa Haftar, supported by Russia, Egypt, the United Arab Emirates (UAE) and France.

Libya has recently witnessed positive developments following a breakthrough on Feb. 5 when rival parties agreed on a unified new executive authority to govern in the lead-up to Dec. 24 national elections. Libyans hope the new authority will end years of civil war that engulfed the country since the ouster and eventual killing of strongman Moammar Gadhafi in 2011.

On Nov. 27, 2019, the internationally recognized Libyan government signed two key deals, one on security cooperation and the other on the demarcation of the maritime border with Turkey.

The Turkey-Libya maritime delimitation deal provided a legal framework to prevent any fait accompli by regional states. Accordingly, it averted Greek attempts to appropriate huge parts of Libya's continental shelf since a political crisis hit the North African country in 2011.