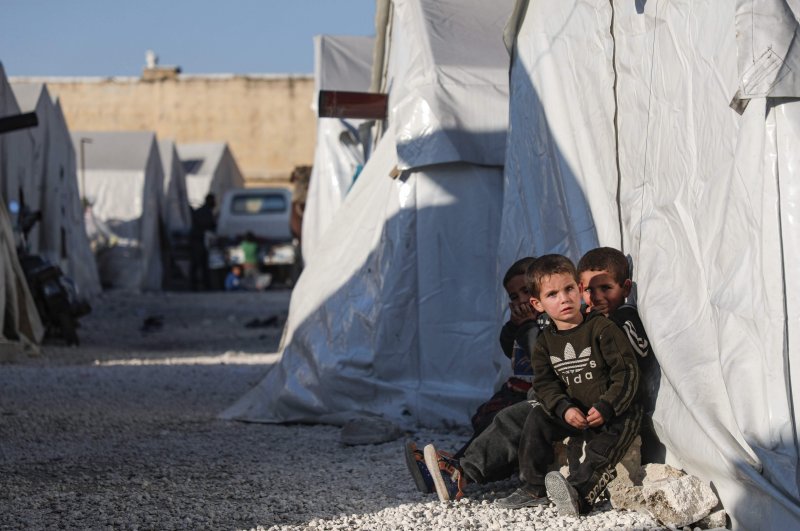 U.S. Special Envoy for Syria James Jeffrey stated that the Turkish Armed Forces (TSK) and the Syrian opposition are fighting in order to prevent a humanitarian catastrophe in Idlib.

“Assad and his allies Russia and Iran try to create millions of refugees,” Jeffrey said after visiting a refugee camp in southern Turkey.

After arriving at the camp in the Turkish province of Hatay, bordered by Syria to the south and the east, they gave a briefing to reporters.

Jeffrey stated that Turkey and the Syrian opposition follow U.N Resolution 2254, which calls for a cease-fire and political settlement in order to find a peaceful and diplomatic solution for Syria.

Jeffrey told reporters that NATO and the U.S will provide humanitarian assistance to Turkey in Idlib.

He noted that the U.S stands behind its NATO ally in its fight against the Syrian regime and its Russian backers.

“Turkey is a NATO ally and one of the most important customers of the United States’ defense industry. As President Trump has said, we will provide support to Turkey,” he added.

Meanwhile, Craft emphasized the need to broker a cease-fire between the warring parties. Craft stressed that the Assad regime can no longer survive in the country, using the expression “this is enough” several times.

After collecting information about Syrian refugees' conditions from Turkish officials and representatives of the U.N. High Commissioner for Refugees (UNHCR), Craft stated that Syrians express gratitude to the U.S. and Turkey for their support.

Satterfield said that they are evaluating all of Turkey’s requests and will require support from Brussels and NATO.

Attacks by Assad regime forces killed 55 Turkish soldiers in Idlib in February. President Recep Tayyip Erdoğan has threatened to push back Assad's forces if they do not pull back to pre-determined lines. Regime airstrikes targeting Turkish troops have heightened tensions between pro-opposition Turkey, Assad and its ally, Russia.