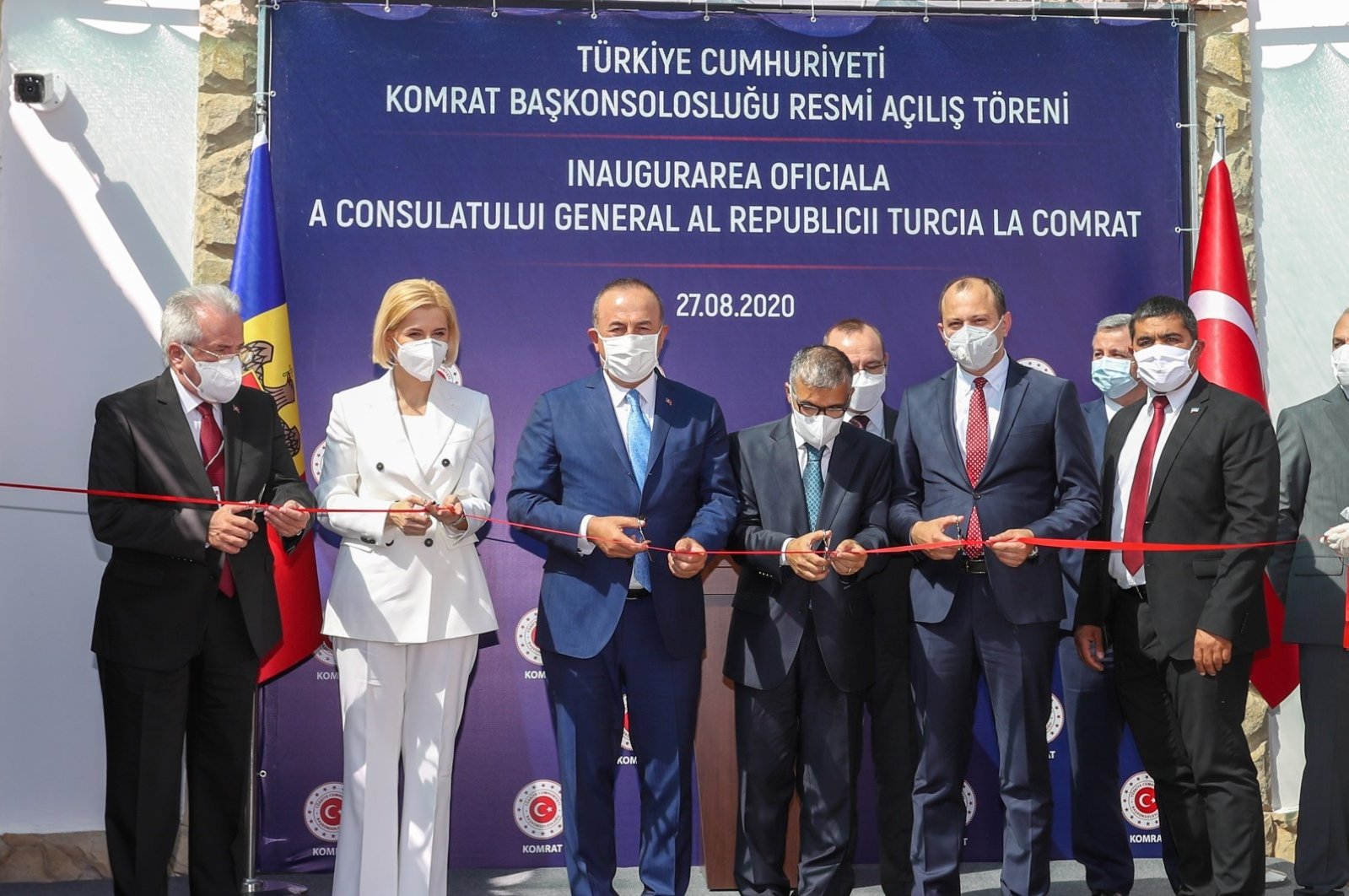 "Our consulate general will serve not only the Gagauz autonomous region but also the Moldovan regions of Leova, Cimislia, Causeni, Stefan Voda, Cantemir, Basarabeasca, Cahul and Taraclia," Sökmensüer said.

Turkey last month opened a new consulate general in the capital province of Moldova's Gagauzia autonomous region, Comrat, becoming the first country to ever open a consulate in the region.

Speaking at the inauguration ceremony, Çavuşoğlu said that Turkey supported Moldova's stability and economic development and that the two countries' ties have been improving daily.

Visiting Moldova for the country's 29th anniversary of independence, Çavuşoğlu expressed his gratefulness especially to his Moldovan counterpart Oleg Tsulya. He also noted that Turkey was one of the first countries to recognize Moldova's independence and since then, bilateral ties have reached a strategic level.

In December 1994, Moldova's Parliament offered some 160,000 Turkic Gagauz people within their borders a large degree of autonomy in order to create a favorable environment for maintaining national identity and culture.

President Recep Tayyip Erdoğan visited the Gagauz autonomous region as part of his official visit to Moldova back in 2018 and highlighted the importance of historical and cultural ties between the Turkish and Gagauz people.

Also referring to medical aid and assistance, Sökmensüer said Turkey would deliver an X-ray device by the end of the year.

As part of its support to Moldova in its fight against COVID-19, Turkey last month sent laptops and medical equipment to the fellow Black Sea nation.