Turkey to continue to protect its rights, interests in “Blue Homeland” 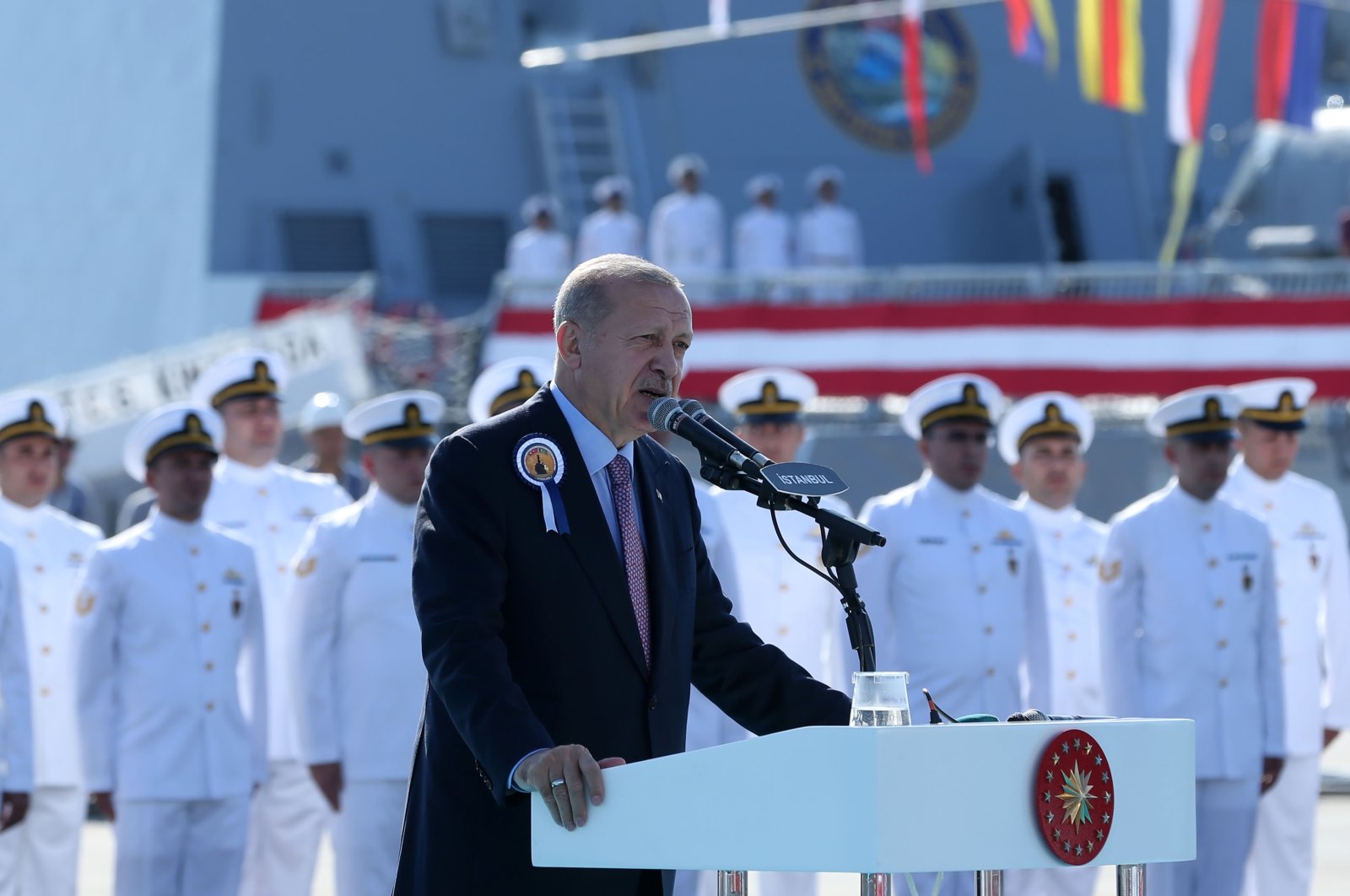 President Recep Tayyip Erdoğan said Saturday Turkey would continue to strongly protect its interests and rights in its “Blue Homeland” amid rifts with Athens and its backers in the Eastern Mediterranean.

Erdoğan released a statement on the anniversary of the Battle of Preveza, a naval battle that saw an Ottoman victory over a Christian alliance, which took place in 1538 off the coast of Greece.

Noting that the victory of the Ottoman navy under the command of legendary admiral, Hayreddin Barbarossa, was a watershed moment in Turkish maritime history, Erdoğan said the victory showed the power of the Turkish navy to the whole world.

"History proves that peace, tranquility and justice prevail in waters ruled by our sailors. We are proud that our naval forces, who have a history of glorious victories, such as the Preveza, are strengthening this great heritage going forward," Erdoğan said.

He added recent events in the Mediterranean had shown the importance of presiding over a strong navy, adding that Turkey had equipped its fleet with domestically developed technologies.

“We are one of 10 countries in the world who have the capacity to design, build and maintain their own warships,” Erdoğan noted.

Disputes between Turkey and Greece over maritime borders in the Eastern Mediterranean have led to the exchange of barbs, while some European countries – including France – have become involved on the part of Athens.

Ankara has clearly indicated that it will not abandon its rights in the region in the face of Greece's maximalist claim that Athens had "full authority" in determining the maritime borders of the Greek islands, most of which are closer to the Turkish coast than to the Greek mainland.

"As the pandemic loses its impact, the Turkish economy will continue to reach new records," he said.