Turkey to open new page of dialogue with EU, US in 2021, Erdoğan says 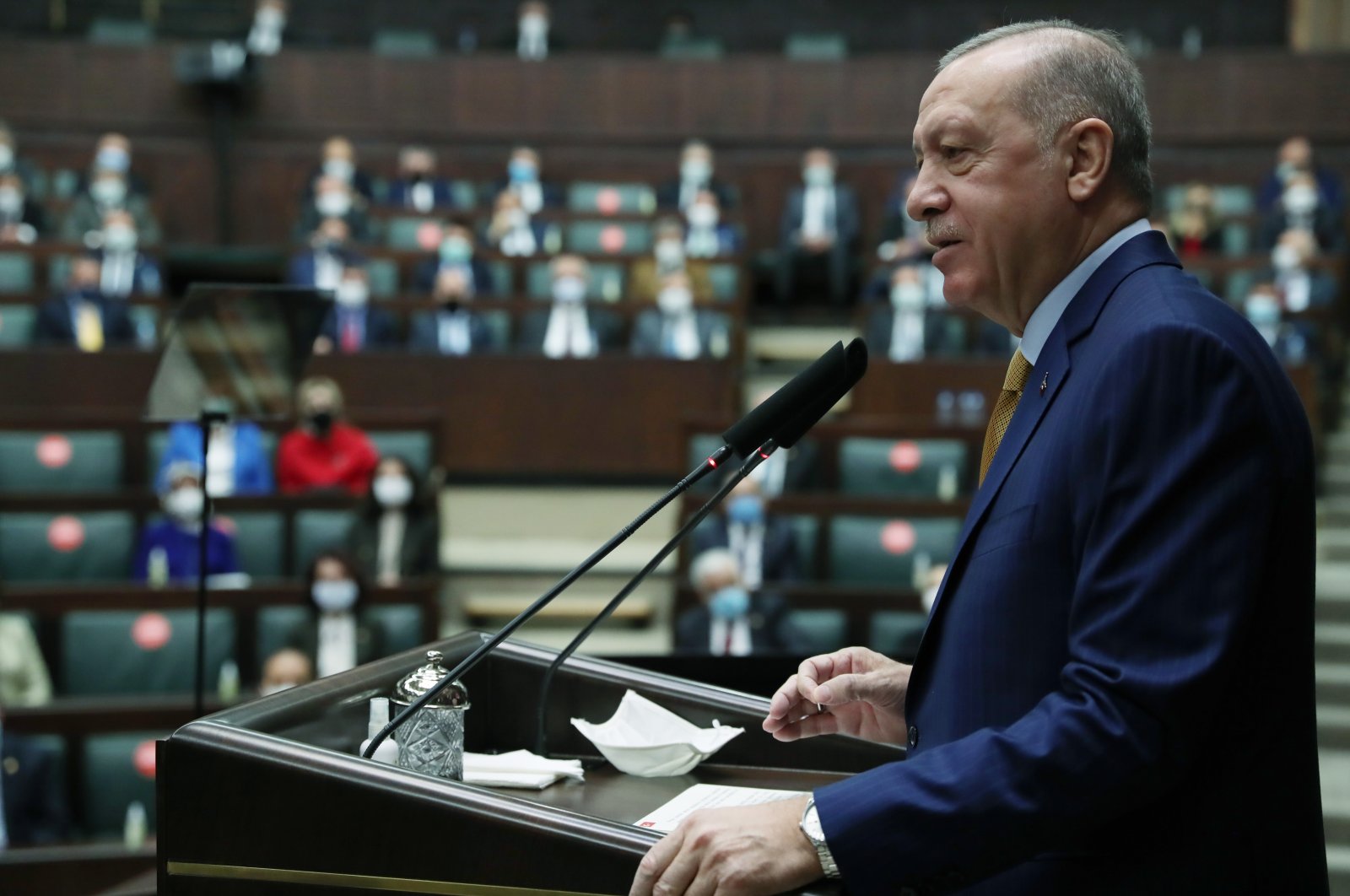 President Recep Tayyip Erdoğan signaled that 2021 will be a year of foreign policy for Turkey, as he urged all European countries and the U.S. to start with a clean slate in the new year.

“Turkey has no luxury of turning its back on either the West or the East. While maintaining good ties with the U.S. and Europe, we cannot ignore Africa and Asia,” Erdoğan told ruling Justice and Development Party (AK Party) lawmakers at his party’s parliamentary group meeting Wednesday.

He noted that Turkey does not see an alternative to its deeply rooted multilateral political, economic and military cooperation with the U.S.

“We had a challenging year in terms of our ties with the U.S. and Europe despite our efforts. I hope the European Union will get rid of its strategic blindness,” Erdoğan said.

He continued by saying that he also expects U.S. President-elect Joe Biden to be welcoming toward Turkey.

Noting that Turkey has unjustly faced double standards regarding the Eastern Mediterranean issue and the Russian-made S-400 missile defense systems, Erdoğan said Turkey expects to open a new page regarding both issues.

“We will continue to work with all of our friends who have accepted our hand,” he said, noting that Ankara is more than willing to find a common ground to resolve issues.

Turkey decided in 2017 to purchase the S-400 system following protracted efforts to purchase air defense systems from the U.S. with no success. Washington officials have advised Ankara to buy the Patriot missile system rather than the S-400 system from Moscow, arguing it is incompatible with NATO systems. Turkey responded that it was the U.S.' refusal to sell it Patriots that led it to seek other sellers, adding that Russia offered it a better deal, including technology transfers.

Last week, the U.S. imposed sanctions on Turkey's Presidency of Defense Industries (SSB), its chief Ismail Demir and three other officials to penalize Turkey for its purchase of the Russian S-400s.

The sanctions through the Countering America's Adversaries Through Sanctions Act (CAATSA) – designed to deter any country from agreeing to military deals with Russia – also restrict U.S. loans and credit to the SSB, although that is not seen as having a significant impact.

The Turkish Foreign Ministry, in its immediate response, condemned the decision while pointing out the U.S.' unfair stance throughout the S-400 purchase process.

Earlier in December, the EU also announced that it had decided to impose additional sanctions on Turkish individuals and companies in light of Turkey's activities in the Eastern Mediterranean.

Turkey, which has the longest continental coastline in the Eastern Mediterranean, has rejected maritime boundary claims made by Greece and the Greek Cypriot administration. It stresses that these excessive claims violate the sovereign rights of both Turkey and Turkish Cypriots.