'Turkey to respond to actions harming rights of Turkish Cypriots' 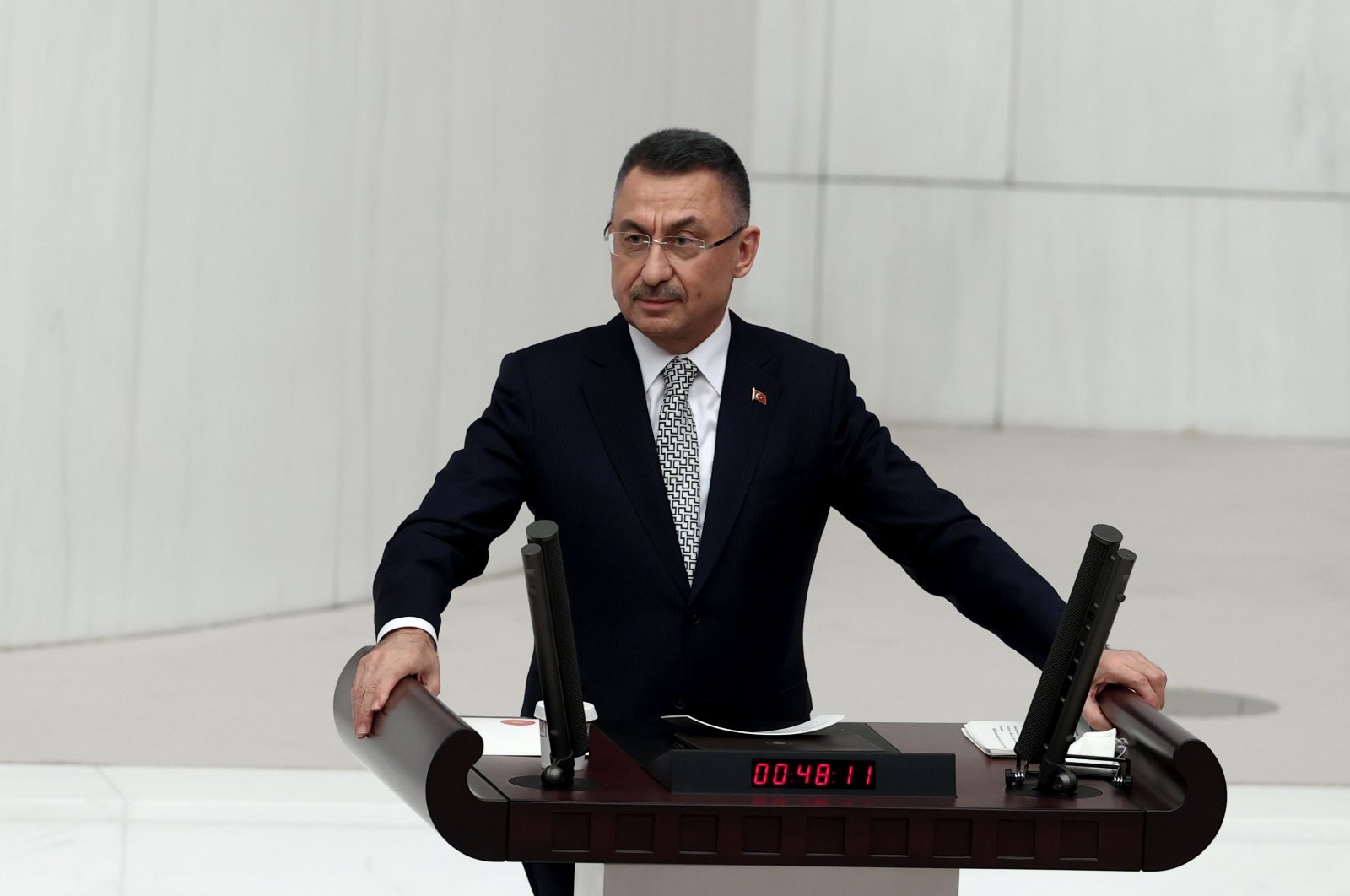 Turkey will respond to actions aimed at violating the rights of the Turkish Cypriots and itself, Vice President Fuat Oktay said on Tuesday.

"We will not leave any step unanswered that would harm the legitimate rights or interests of our country or the TRNC (Turkish Republic of Northern Cyprus) in the Eastern Mediterranean," Fuat Oktay told lawmakers in Turkey's Parliament.

Cyprus has been mired in a decadeslong dispute between Greek Cypriot administration and Turkish Cypriots, despite a series of diplomatic efforts to achieve a comprehensive settlement.

Oktay also noted that Turkey would continue to protect its legitimate rights in the Eastern Mediterranean.

"Turkey, within the framework of its sovereign rights and authority in the Eastern Mediterranean, can work on the continental shelf whenever it wants," he said.

Turkish leaders have repeatedly stressed that Ankara is in favor of resolving all outstanding problems in the region, including maritime disputes, through international law, good neighborly relations, dialogue and negotiations.

The Greek Cypriot administration, backed by Greece, became a member of the European Union in 2004, although in a referendum that year most Greek Cypriots rejected a United Nations settlement plan that envisaged a reunited Cyprus joining the EU.

While Greece and the Greek Cypriot administration support a federation on Cyprus, Turkey and the TRNC insist on a two-state solution that reflects the realities on the island.

Turkish Cypriot leader Ersin Tatar said a prerequisite to reviving stalled peace talks is the recognition of the Turkish Cypriot state as a legitimate legal entity on par with the internationally recognized Greek Cypriot administration.

Colin Stewart, the new head of the U.N. peacekeeping mission on the island, hosted Tatar and the island’s Greek Cypriot Leader Nicos Anastasiades at an informal reception on Tuesday at an abandoned hotel inside a U.N. controlled buffer zone that cuts through the capital Nicosia (Lefkoşa).

The meeting was billed primarily as a social event geared toward breaking the ice between the two leaders in the absence of formal talks.