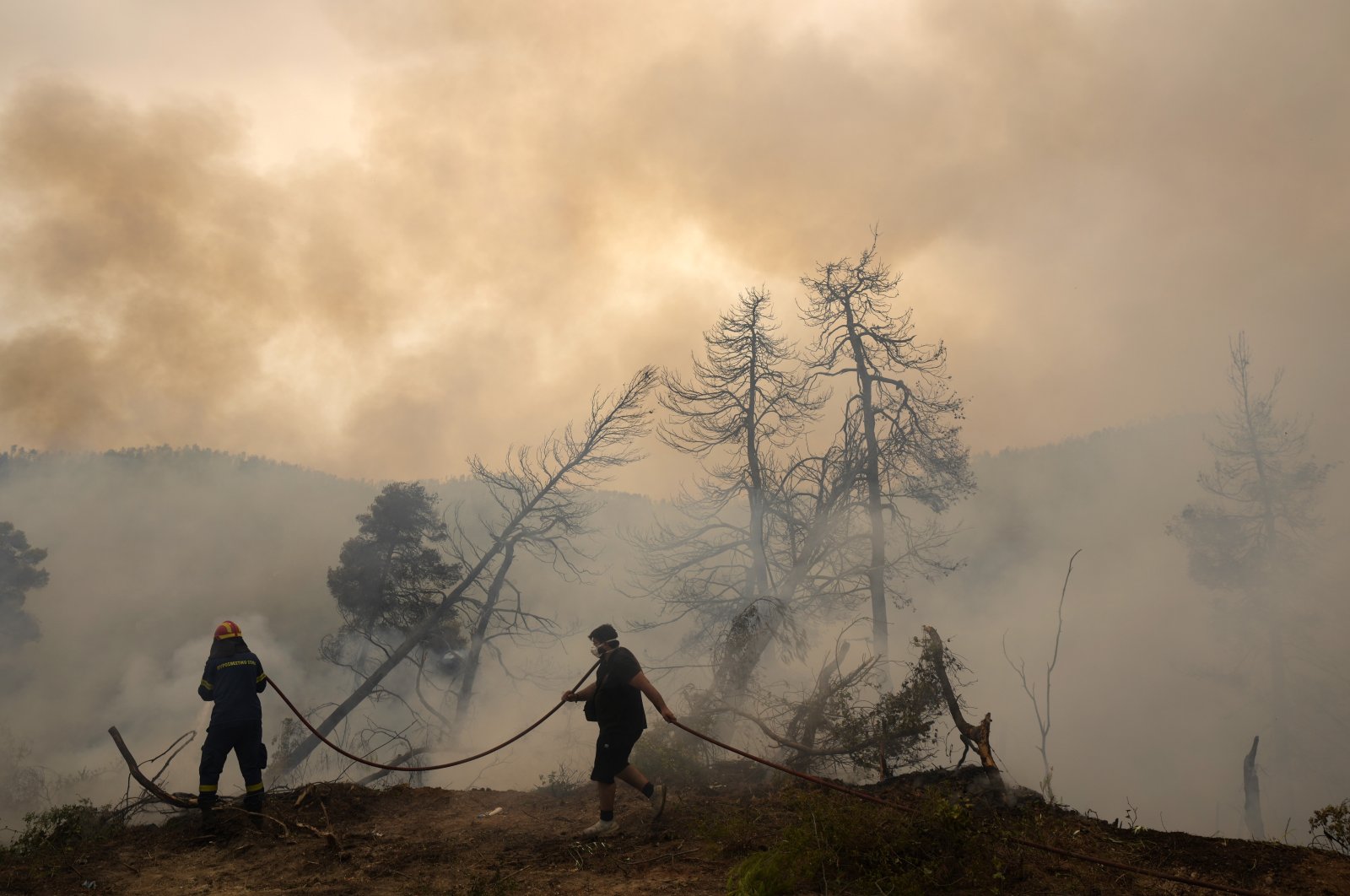 A firefighter tries to extinguish the flames as a local resident holds a water hose during a wildfire at Ellinika village on Evia island, about 176 kilometers (110 miles) north of Athens, Greece, Aug. 9, 2021. (AP Photo)
by DAILY SABAH Aug 09, 2021 4:33 pm
RECOMMENDED

“I thanked him (Çavuşoğlu) as he informed me that two Turkish firefighting airplanes will be sent to Greece, as, he added, wildfires in Turkey are now under control,” Dendias wrote on Twitter.

Firefighters and residents battled a massive forest fire on Greece’s second-largest island for a seventh day Monday, fighting to save what they can from flames that have decimated vast tracts of pristine forest, destroyed homes and businesses and sent thousands fleeing.

The fire, which began Aug. 3, is the most severe of dozens that have broken out across Greece in the past week after the country was baked by its worst heat wave in three decades which sent temperatures soaring to 45 degrees Celsius (113 Fahrenheit) for days. The heat, coming during a particularly hot summer, has turned Greece’s forests, including large areas of easily flammable pine trees, into bone-dry tinderboxes.

The wildfires have stretched Greece’s firefighting capabilities to the limit, and the government has appealed for help from abroad. More than 20 countries in Europe and the Middle East have responded, sending planes, helicopters, vehicles and manpower.

Massive fires have also raged for 13 days in neighboring Turkey, where firefighters were still trying to extinguish blazes in two locations in the southwestern coastal province of Muğla.

“The situation is improving,” Agriculture and Forestry Minister Bekir Pakdemirli said Sunday. “It is too soon to say the fires are under control, but we are reaching that point.”