Turkey to set up independent body for 1915 events 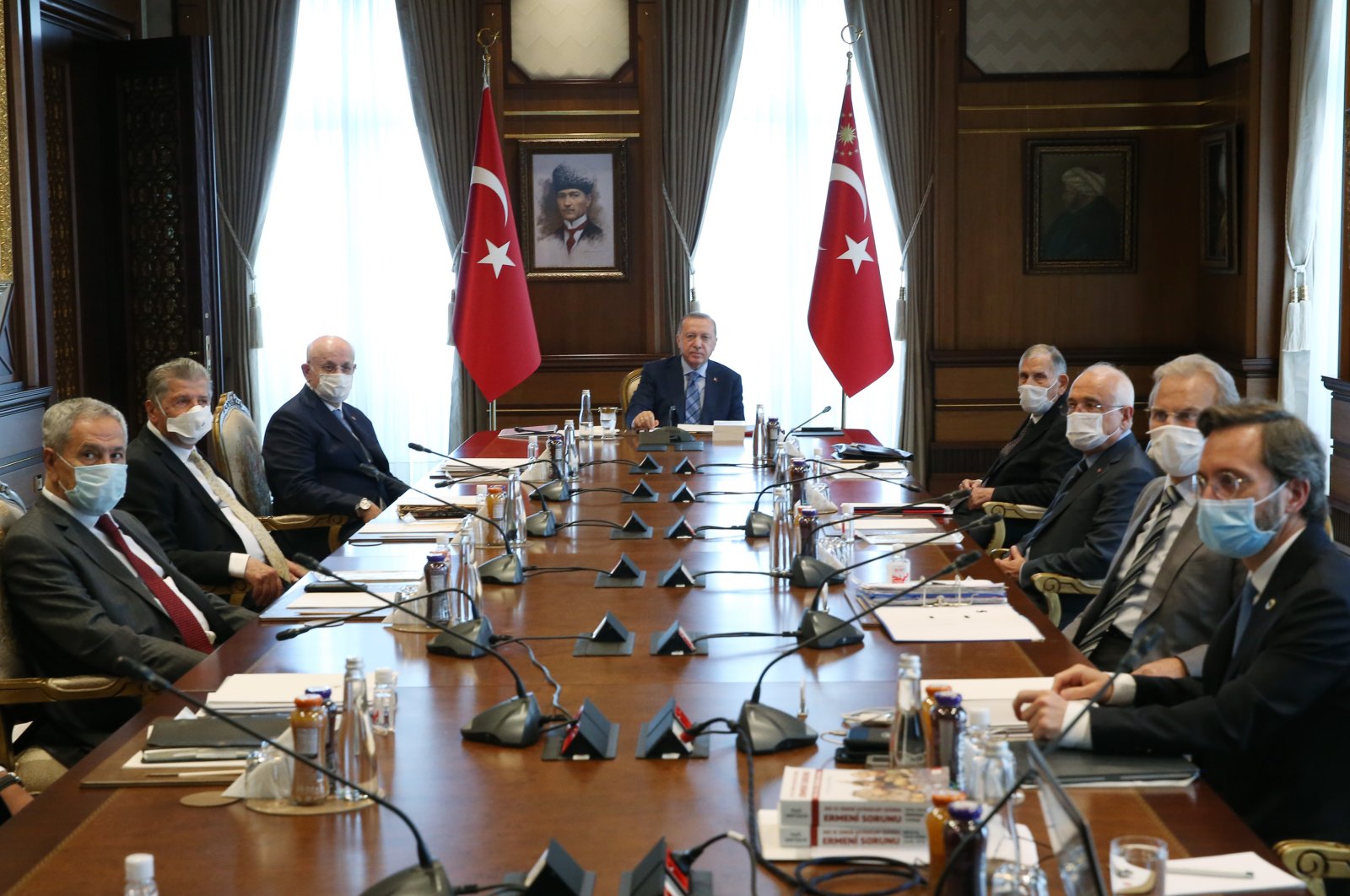 Turkey is planning to set up an independent civilian body solely responsible for addressing allegations regarding the 1915 incidents upon the instructions of President Recep Tayyip Erdoğan, a report said Tuesday.

The decision to establish such a body was made at the High Advisory Board meeting at the Presidential Complex last week, according to Hürriyet daily.

The new approach to address the 1915 events had actually been on the government’s agenda since the U.S. Senate passed a resolution referring to the events as the “Armenian Genocide,” but discussion on the matter was delayed due to the COVID-19 outbreak in Turkey.

Presidential High Advisory Board member Cemil Çiçek and presidential adviser Seyit Sertçelik, who introduced the proposal, briefed attendees about their proposal, saying that Turkey did not have an institution directly involved in dealing with genocide allegations.

They noted that relevant ministries stepped in when necessary, but there was a lack of a holistic policy and strategy to effectively address the allegations.

Meanwhile, the advisors also said lobbyists have been attempting to pursue a policy of changing genocide allegations to crimes against humanity, as they brought up a report prepared in collaboration with five Turkish universities.

The new body will take into consideration the cultural, historical and legal dimensions of the so-called "Armenian Genocide" allegations and will solely focus on the matter but will not have direct connections with the government or the state, the meeting concluded.

Turkey’s National Security Council (MGK) had been responsible for dealing with the issue of the “Armenian Genocide” until 2015, but the Prime Ministry Historical Research Center took care of the matter after an amendment. However, the institution has been dysfunctional after Turkey abolished the post of prime minister after a constitutional change referendum in 2017.

The U.S. Senate unanimously passed a resolution in December that recognizes the so-called "Armenian Genocide."

Armenia has demanded an apology and compensation, while Turkey has officially refuted the Armenian allegations over the incidents saying that although Armenians died during the relocation, many Turks also lost their lives in attacks carried out by Armenian gangs in Anatolia.

Rebuffing the "genocide" allegations, Turkey has officially acknowledged past experiences as a great tragedy in which both parties suffered heavy casualties, including hundreds of Muslim Turks.