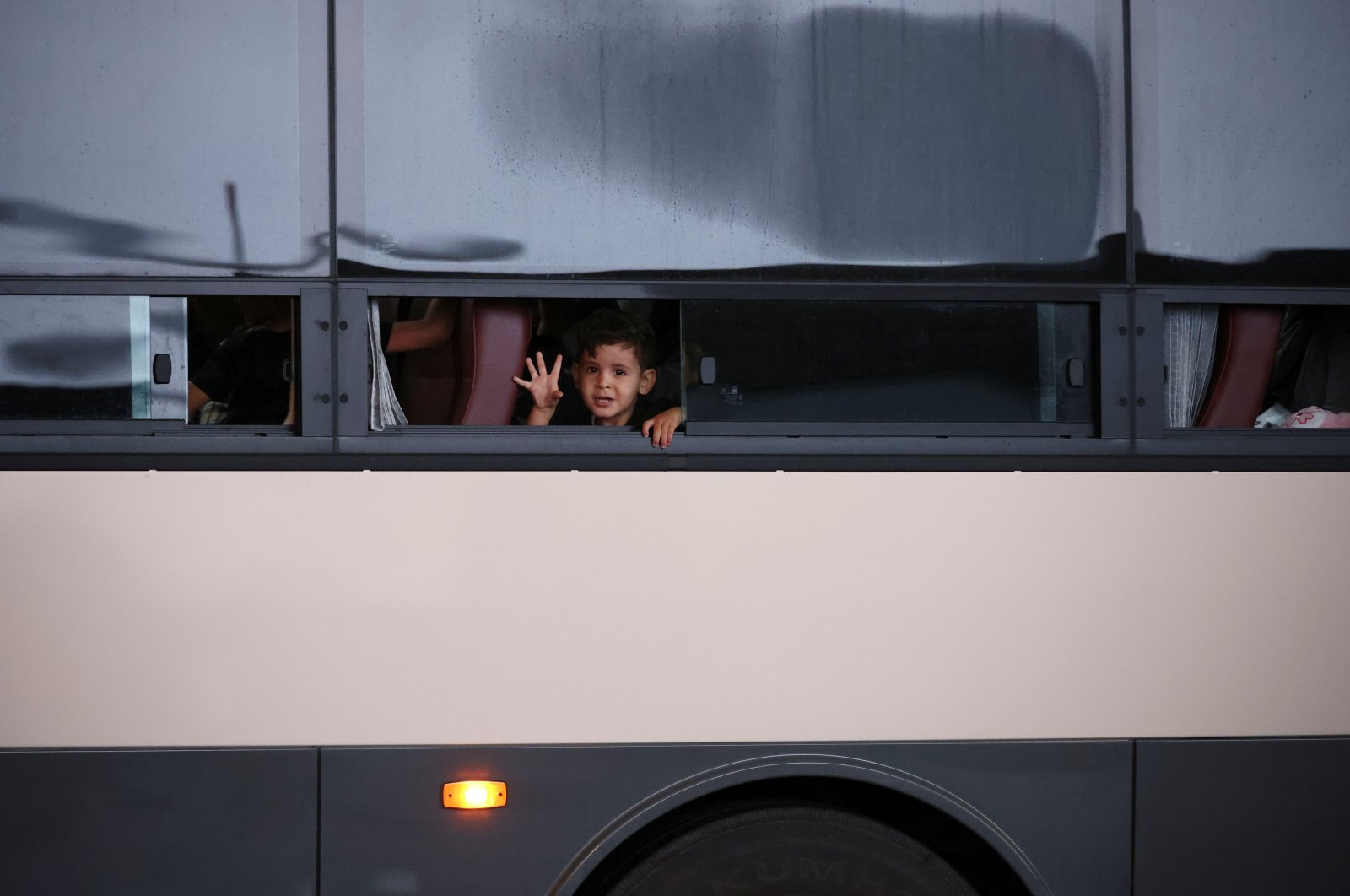 An Afghan boy waves as he leaves Incheon International Airport after arriving in South Korea with other Afghan evacuees who supported the South Korean government's activities in Afghanistan, in Incheon, South Korea, Aug. 26, 2021. (Reuters Photo)
by DAILY SABAH WITH AA Aug 26, 2021 12:52 pm
RECOMMENDED

Turkey's communications director said on Thursday that Ankara has long backed the Afghan people’s efforts to rebuild their country and will continue to support their struggle.

Noting that over the past 20 years, Turkish forces in Afghanistan have provided security to the Afghan people and contributed to stability in the country, he stated that during that period, Turkish soldiers gained the Afghan people's trust and affection.

"Turkey, under the leadership of our President (Recep Tayyip) Erdoğan, has always advocated for a multilateral and international effort to maintain peace and security in the country," said Altun.

“We have never seen the issue in Afghanistan as a refugee problem that needed to be isolated,” he added.

On the situation at the Kabul Hamid Karzai International Airport, which has seen a press for evacuations since the Taliban gained control of the capital, he stressed that the "rapidly deteriorating security" at the airport shows the need to reassess the situation on the ground.

"Turkey had indicated its willingness to provide security at the airport if certain conditions were met. Despite the most recent turmoil at the airport, Turkish forces have helped maintain security and order. Our military planes evacuated some 1,129 civilians," Altun said.

Saying that Ankara's willingness to protect the airport is in line with the country's policies throughout the region, he added that Turkey follows a human-focused foreign policy with the belief that "no one in the region is safe until everyone is safe."

"Given the most recent developments and through consultations with its partners, Turkey made the decision to evacuate Turkish military forces and assets from the airport at this time," Altun noted.

Noting that Turkish military forces are returning home with the honor of having "successfully completed yet another difficult mission," the communications director said that Turkey would continue to stand with the Afghan people.

Turkey has been part of NATO's mission in Afghanistan since 2002 and was also involved in evacuation efforts at the Kabul airport since the Taliban took control of the capital earlier this month.