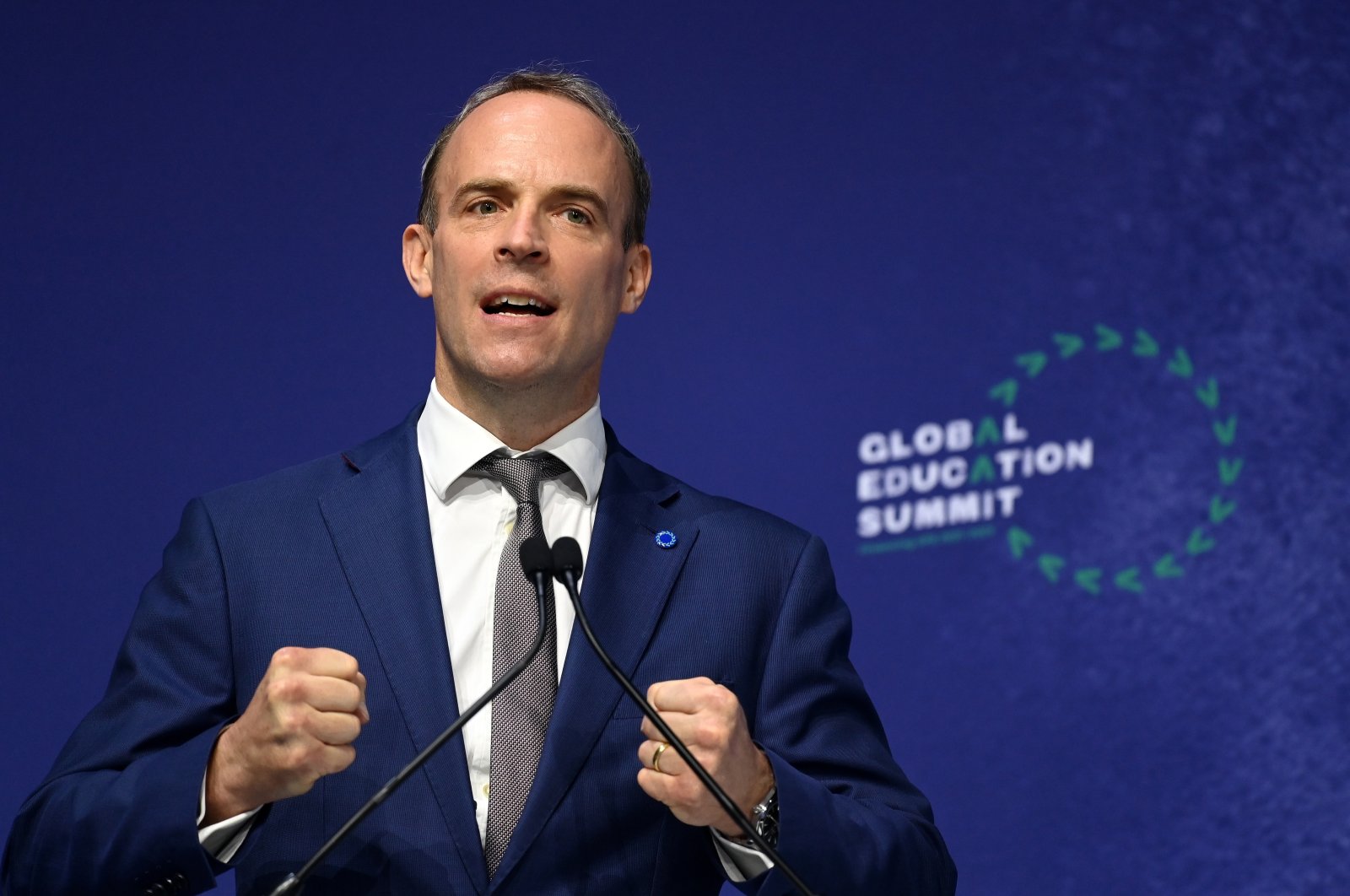 Raab thanked his Turkish counterpart Mevlüt Çavuşoğlu for his government's commitment to safeguarding and protecting Kabul Hamid Karzai International Airport in the Afghan capital, which was captured by the Taliban on the weekend in a lightning advance.

"UK & Turkey are working closely together in Afghanistan to ensure evacuations can continue safely. I expressed gratitude for Turkish foreign minister @MevlutCavusoglu's commitment to safeguarding Kabul airport alongside our troops," Raab said on Twitter.

The Taliban's offensive began in earnest in May this year, when U.S. President Joe Biden announced a full withdrawal of American troops. The armed group retook a majority of the countryside, but in the last week and a half, it established its control over all major towns and cities in a rapid yet stunning military offensive that caught the international community by surprise.

In a dramatic turn of events that brought an effective end to the 20-year-old war, the Afghan military collapsed in the face of the Taliban's lightning offensive and so too did its government in Kabul under former President Ashraf Ghani, who fled the country Sunday and is now in the United Arab Emirates.

The armed movement's military victory Sunday prompted a chaotic and frenzied evacuation of all foreign nationals belonging to the U.S., the U.K. and NATO countries in Afghanistan with helicopters shuttling nationals from embassies to the airport.

Afghans have also flooded the airport, desperate to flee the country as uncertainty over how the Taliban will rule increases. Many civilians have died attempting to flee by clinging onto aircraft, only to later plummet to their deaths. Others died after suffocating due to stampedes at the departure terminal.

On Wednesday, President Recep Tayyip Erdoğan welcomed the moderate statements made by Taliban officials and announced that Turkey is ready to cooperate with all parties to ensure peace and stability.

The Turkish president also announced that Turkish troops would protect Kabul airport and ensure that evacuations continue in a safe and peaceful manner.