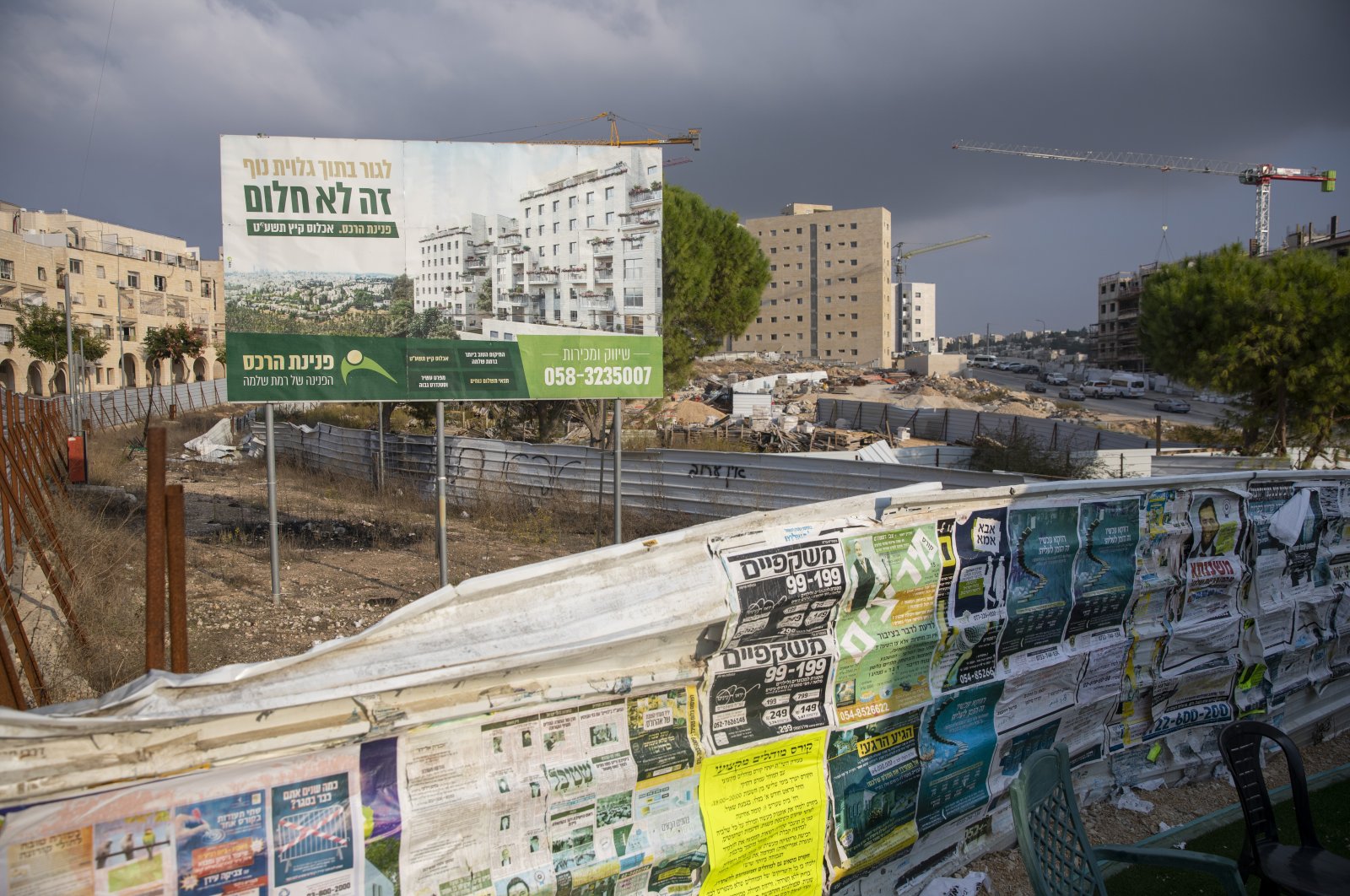 A billboard advertising a new residential project at a construction site in the east Jerusalem settlement of Ramat Shlomo, Nov. 10, 2020. (AP Photo)
by DAILY SABAH WITH AGENCIES
Nov 16, 2020 12:41 pm

“It is clear that Israel is trying to prevent the establishment of a contiguous, independent and sovereign State of Palestine by building additional illegal settlements between East Jerusalem and the West Bank,” the ministry said in a written statement.

“We invite all members of the international community which support the vision of a two-state solution, to stand against Israel's aggressive actions,” it added.

Israel occupied east Jerusalem during the 1967 Six-Day War. In 1980, in a move never recognized by the international community, Israel annexed the entire city, claiming it as the self-proclaimed Jewish state's "eternal and undivided" capital. Last year, the United Nations called the Israeli occupation in Palestine "the longest occupation" in the world.

The U.N.'s Mideast envoy on Monday said he was "very concerned" by Israel's decision to advance construction in a Jewish settlement in east Jerusalem that would make it even harder to establish a contiguous Palestinian state.

"If built, it would further consolidate a ring of settlements between Jerusalem and Bethlehem in the occupied West Bank," Nickolay Mladenov, the U.N. envoy to the Middle East peace process, said in a statement. "It would significantly damage prospects for a future contiguous Palestinian State and for achieving a negotiated two-state solution based on the 1967 lines, with Jerusalem as the capital of both states. Settlement construction is illegal under international law and I call on the authorities to reverse this step."

The Palestinian Authority (PA) and the EU's foreign policy chief have also criticized Israel's most recent move. Israeli settlers disrupted a visit on Monday by an EU delegation to east Jerusalem, where Israel plans to build new housing units. A video published in the Israeli media shows activists shouting "anti-Semites go home" and "anti-Semites go back to Europe" as EU representatives attempted to speak, according to Deutsche Presse Agentur (DPA).