Turkey urges all parties in US to use common sense 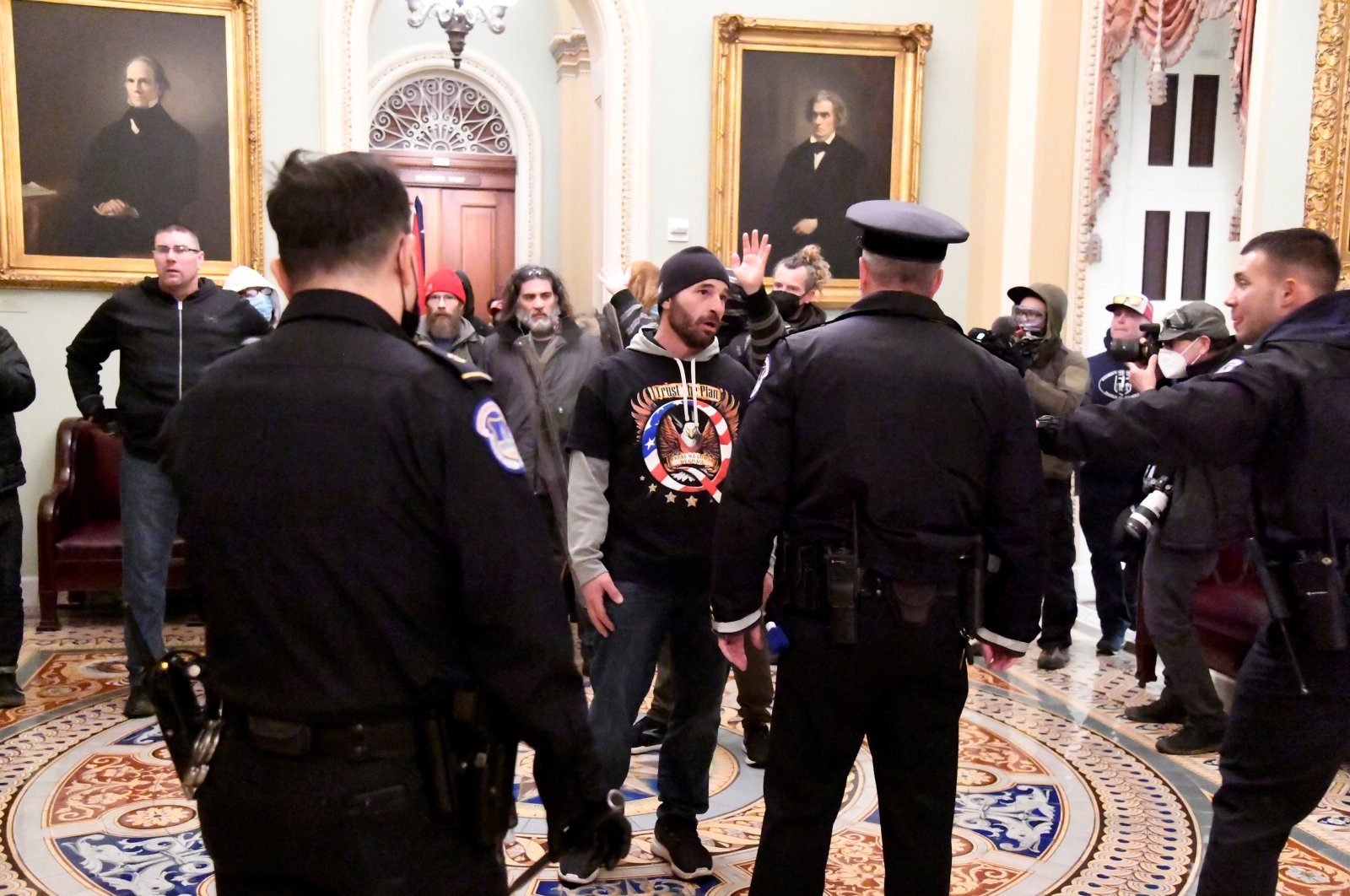 Police confront supporters of President Donald Trump as they demonstrate on the second floor of the U.S. Capitol near the entrance to the Senate after breaching security defenses, in Washington, U.S., Jan. 6, 2021. (REUTERS Photo)
by Anadolu Agency Jan 06, 2021 11:51 pm

Turkey's Foreign Ministry on Wednesday called on all parties in the U.S. to use moderation and common sense, as supporters of U.S. President Donald Trump stormed the Capitol building.

Turkey is monitoring "worrying" developments in the U.S., including attempts to storm the Capitol building, the ministry said in a statement.

"We believe that the U.S. will overcome this domestic crisis calmly," it added.

In the statement, Turkish citizens in the U.S. were recommended to stay away from crowded areas and places where demonstrations are being held.

Presidential Spokesperson İbrahim Kalın in a tweet also said that Turkey follows the recent developments in the U.S. capital with a lot of concern.

"We follow the events in the U.S. with concern and invite the parties to calmness. We believe that problems will always be solved within law and democracy," Parliament Speaker Mustafa Şentop said on Twitter.

"As Turkey, we have always been in favor of the law and democracy and we recommend it to everyone," he added.