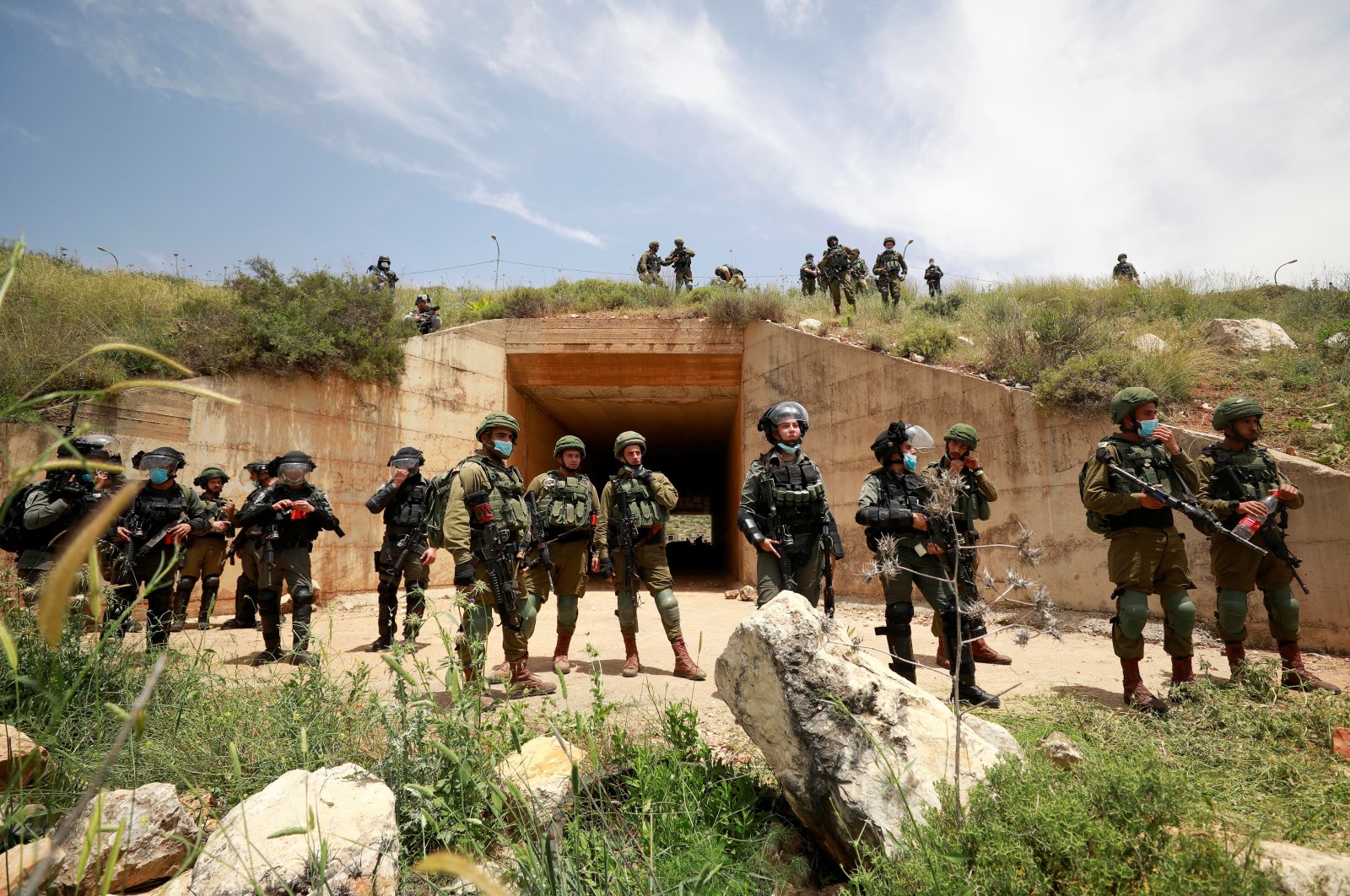 Israeli troops stand guard as Palestinians marking the 72nd anniversary of Nakba protest against Israel's plan to annex parts of the occupied West Bank, in the village of Sawiya near Nablus, May 15, 2020. (Reuters Photo)
by Anadolu Agency May 20, 2020 10:08 am
Edited By Nurbanu Tanrıkulu Kızıl
RECOMMENDED

Turkey's presidential spokesman called on the international community Wednesday to take a stand against Israel's plan to annex the West Bank.

"We reject Israel's plan to annex the West Bank and call for the world to take a stand against it. Occupation and annexation is a crime," Ibrahim Kalın said on Twitter.

Kalın said Turkey will support all steps to be taken against the occupation and annexation of Palestinian land.

Israel is expected to carry out the annexation on July 1 as agreed between Prime Minister Benjamin Netanyahu and Benny Gantz, the head of the Blue and White party.

The plan comes as part of U.S. President Donald Trump's so-called "Deal of the Century" that was announced on Jan. 28. It refers to Jerusalem as "Israel's undivided capital" and recognizes Israeli sovereignty over large parts of the West Bank.

Palestinian officials say that under the U.S. plan, Israel will annex 30%-40% of the West Bank, including all of East Jerusalem.

Netanyahu on Sunday presented his unity government to the Knesset, or Israel's parliament, ending more than a year of political deadlock. Last month, he and rival-turned-partner Gantz announced they would be putting aside their differences and forming a unity government.

Under the deal, Gantz would take over from Netanyahu as prime minister on Nov. 17, 2021.