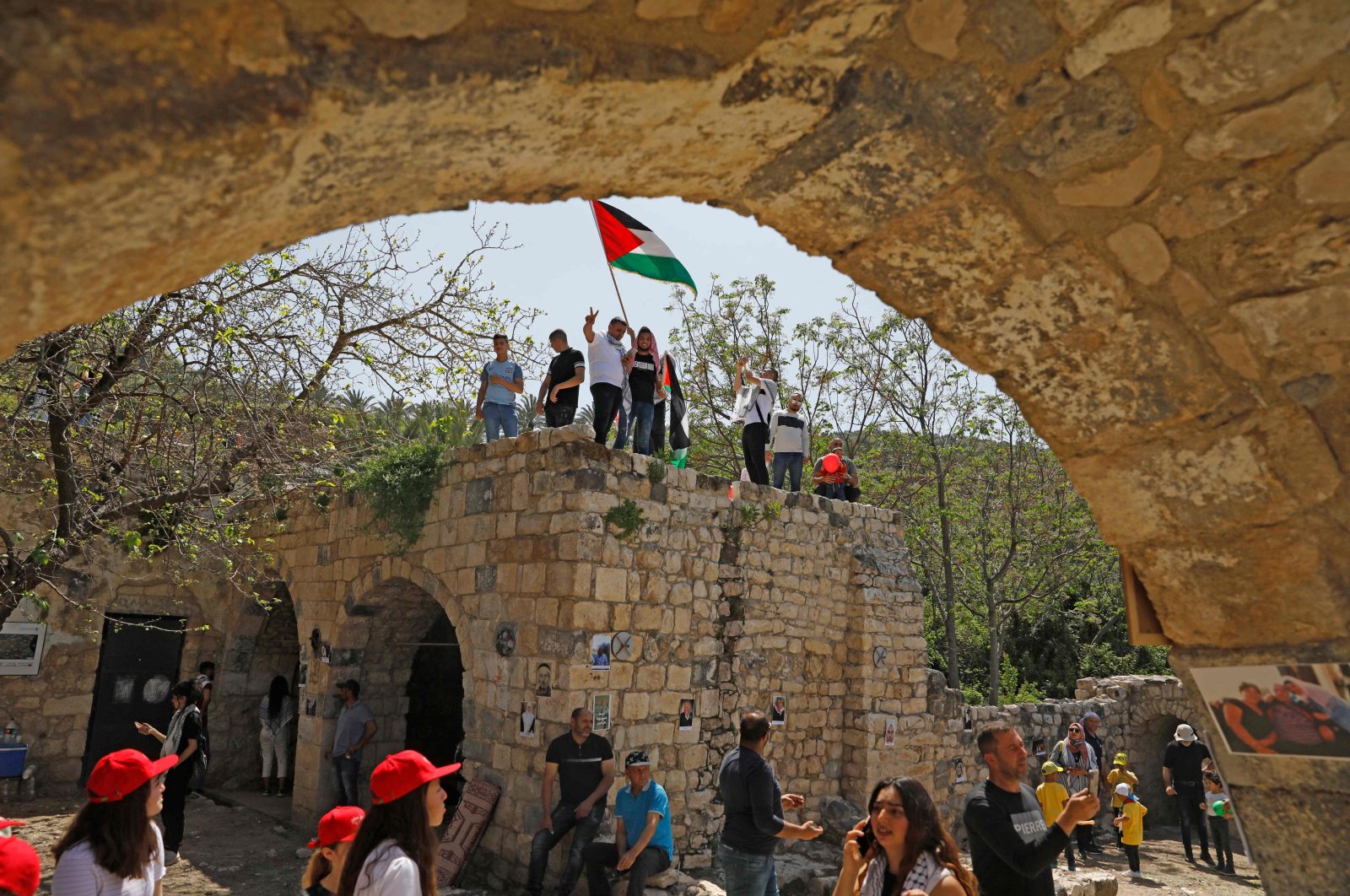 As Israelis mark Independence Day, celebrating the 73th year since the founding of the Jewish State, Arab Israelis wave Palestinian flags in the abandoned Arab village of Kfar Hattin to call for the right of return for Palestinian refugees who fled their homes or were expelled during the 1948 war that followed the creation of Israel, near Tiberias, northern Israel, April 15, 2021. (AFP Photo)
by Anadolu Agency Apr 16, 2021 11:47 pm
RECOMMENDED

Turkey called on Israel to stop its aggressive behavior against the Palestinians Friday, underlining the importance of the ongoing holy month of Ramadan.

A statement by the Foreign Ministry said that such policies damage peace and stability in the region.

"It is worrying that Israel's policies of oppression and violence against the Palestinians have escalated during Ramadan," it said.

The statement further added that the Israeli authorities restrict the Palestinians' freedom of worship by preventing them from reaching the Al-Aqsa Mosque during Ramadan, and they continue to expand the illegal settlements on the occupied Palestinian territories.

Israel also encourages the attacks and acts of violence on the Palestinians in the region by not taking any precautions against such incidents, the statement added.

It also said that the Israeli administration attempted to prevent the Palestinians' electoral operations in East Jerusalem and detained multiple Palestinians with arbitrary reasons to disrupt the election process in the West Bank.

The recent Israeli airstrikes on Gaza were the latest examples of its aggressive policies, the ministry noted.

On Thursday, the Israeli army claimed on Twitter that it hit targets belonging to the Palestinian resistance group Hamas, an ammunition factory and a tunnel used for weapons shipments in Gaza.

No casualties were reported in the attack, according to an Anadolu Agency (AA) reporter in the field.

The densely populated Gaza Strip has been under an Egyptian-Israeli blockade since 2007, when Hamas took over the strip.

The blockade has undermined living conditions in the coastal enclave.

More than 2,000 Palestinians were killed, most of them civilians, and some 11,000 injured in an Israeli onslaught against the Gaza Strip in 2014.