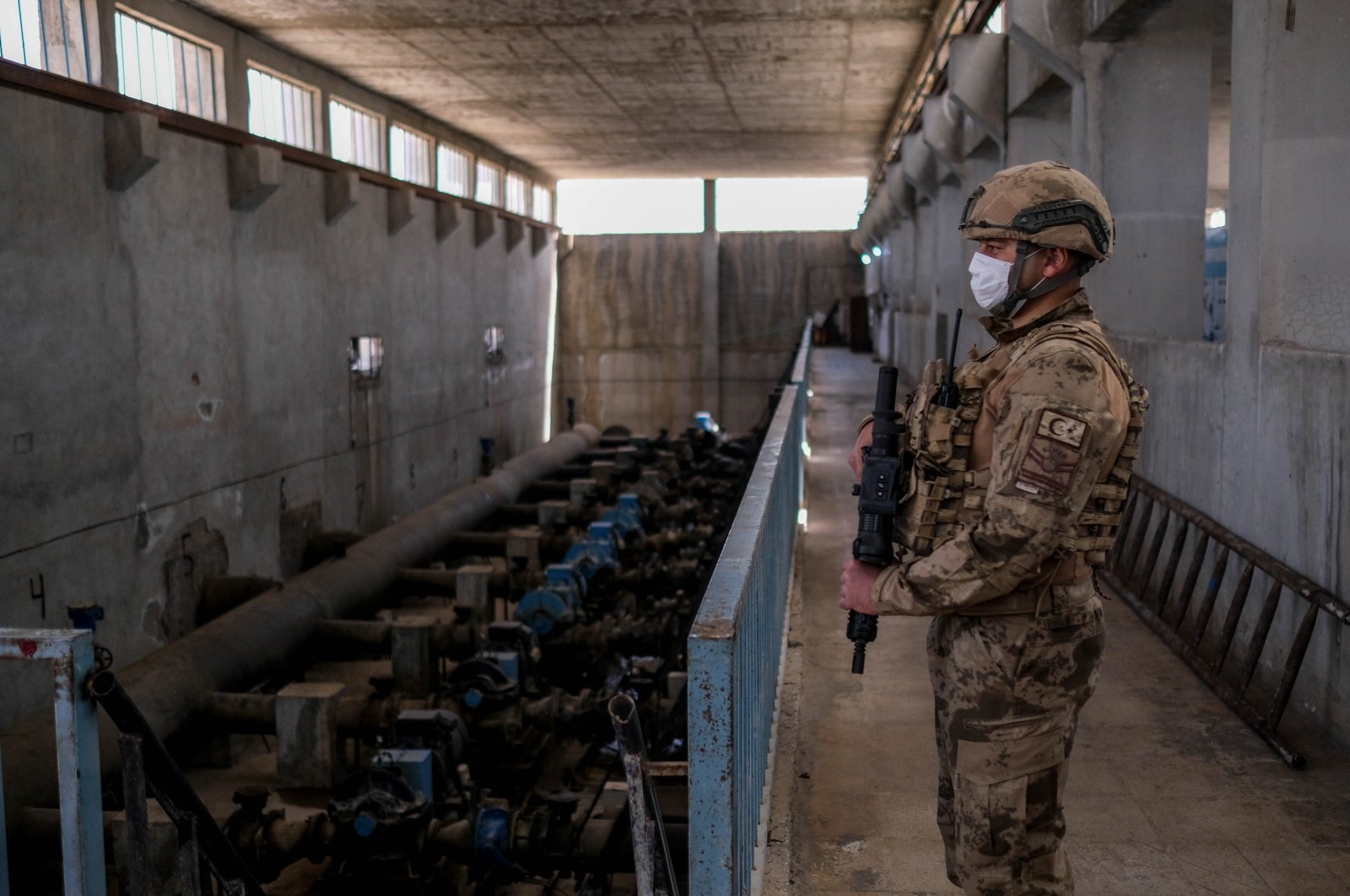 Turkey's Foreign Ministry Spokesperson Tanju Bilgiç rejected a U.N. statement on the Allouk Water Station in northern Syria, saying that it contains factual errors, as he urged the world body to approach problems in the region in an unbiased manner.

He noted that the PKK terrorist group’s Syrian offshoot YPG has been deliberately obstructing electricity to the water station and the region. He said the cuts prevent the station from generating electricity and providing water and thus are causing the humanitarian situation on the ground to deteriorate.

“Therefore, there has been no electrical power in Tal Abyad and Ras al-Ain since April 18, 2021, or at the Allouk Water Station since June 26, 2021. Moreover, the regime continues to arbitrarily prevent potable and irrigation water supply to al-Bab,” Bilgiç said.

The spokesperson continued by noting that the co-signatories of the U.N. statement have a “selective approach” to the humanitarian issues in the war-torn country and “ignore the severe consequences that hundreds of thousands of civilians living in the opposition-controlled areas have to face due to the deliberate electric and water shutdowns during the COVID-19 pandemic.”

Bilgiç called on U.N. representatives to address problems in an impartial, neutral and independent manner.

The U.N. statement in question accused Turkey-backed opposition forces in Ras al-Ain of repeatedly disrupting supplies, affecting access for up to 1 million people in YPG-held al-Hassakeh.