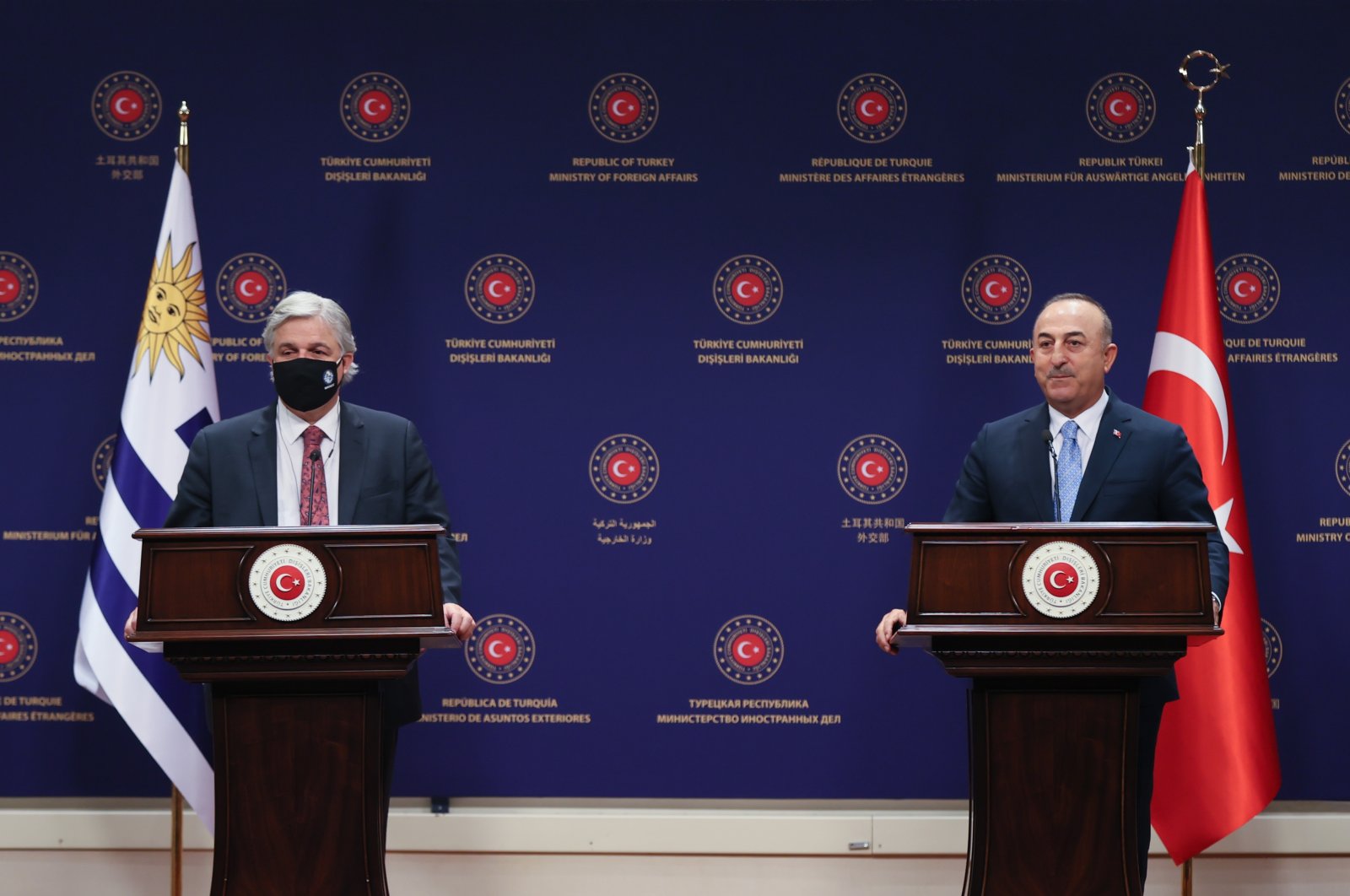 Speaking at a joint news conference with his visiting Uruguayan counterpart Francisco Bustillo in the capital Ankara, Çavuşoğlu said relations between the two countries have gained new momentum.

Noting that relations between Turkey and Uruguay were discussed "comprehensively" in meetings on Tuesday, Çavuşoğlu referred to bilateral relations as "positive" and "hopeful."

Turkey has been striving to enhance relations with Latin American countries through diplomacy and soft power under the ruling Justice and Development Party (AK Party)-led government.

Meanwhile, with regards to Ankara's evacuations from the Afghan capital Kabul, Çavuşoğlu said Turkey has evacuated over 1,400 people from Afghanistan with about 200 more in line to leave.

Of the evacuees, he said, "1,601 of them are our citizens and others are nationals of other countries."

He also noted that there are about 4,500 Turkish citizens total in Afghanistan.

"We have contacted each of our citizens, called them one by one," he said.

"I would like to note that we are in contact with all parties, not just with a particular group," he added.

Taliban seized control of Afghanistan after taking Kabul on Aug. 15, with the president and other top officials leaving the country.

The unexpectedly fast shift to Taliban rule triggered a rush to flee Afghanistan, with the future in the war-torn country unclear.