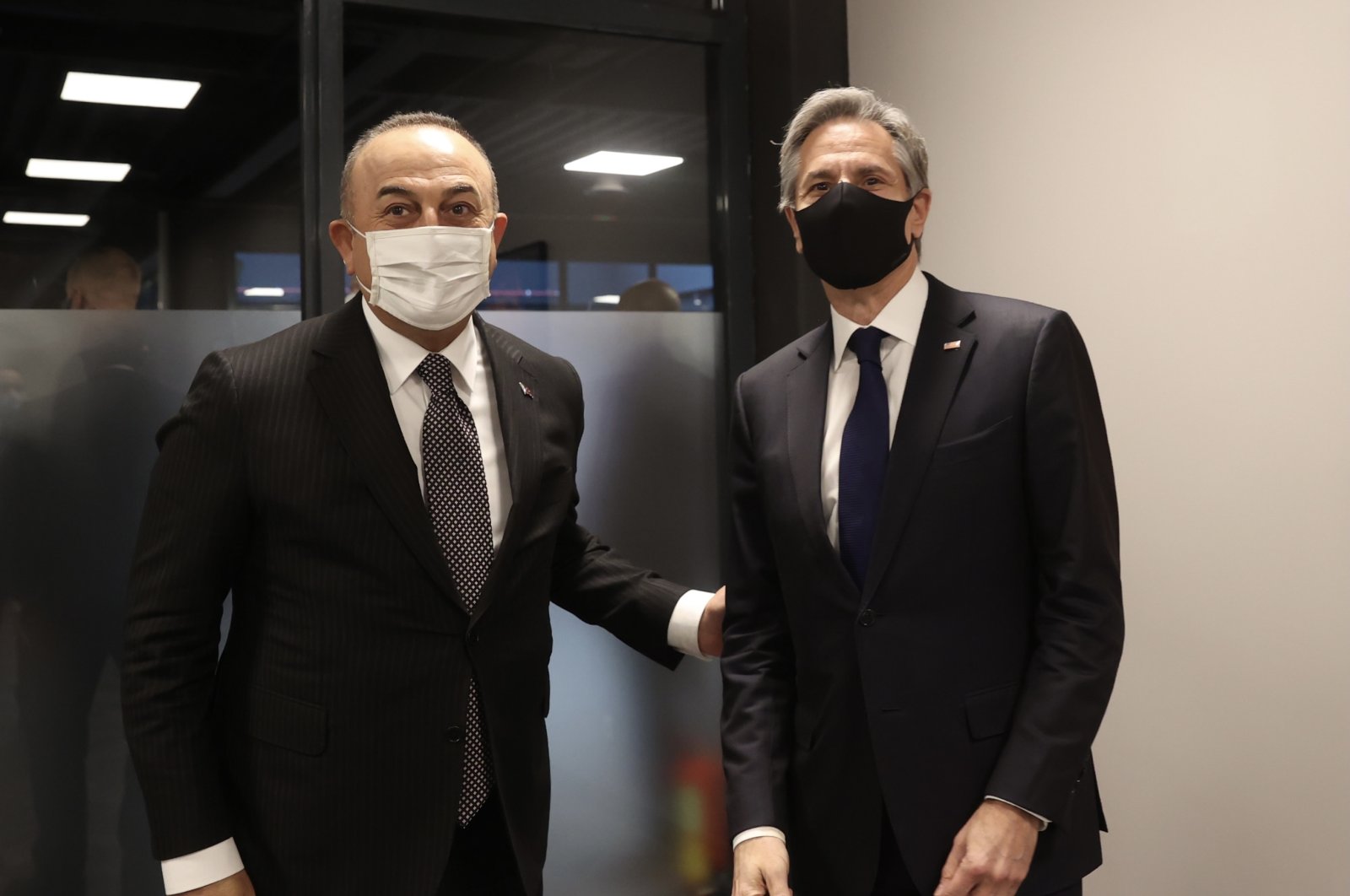 Foreign Minister Mevlüt Çavuşoğlu discussed regional and international developments with U.S. Secretary of State Antony Blinken on Wednesday on the sidelines of the NATO foreign ministers’ meeting in the Latvian capital Riga.

Çavuşoğlu wrote on Twitter that the two top diplomats discussed the situation in the Caucasus, Syria, Ukraine and Ethiopia.

Tensions have been soaring in recent weeks following a Russian troop buildup near Ukraine, which worried Ukrainian and Western officials, who saw it as a possible sign of Moscow's intention to invade its ex-Soviet neighbor. NATO foreign ministers warned Russia on Tuesday that any attempt to further destabilize Ukraine would be a costly mistake.

The Kremlin has insisted it has no such intention and has accused Ukraine and its Western backers of making the claims to cover up their own allegedly aggressive designs.