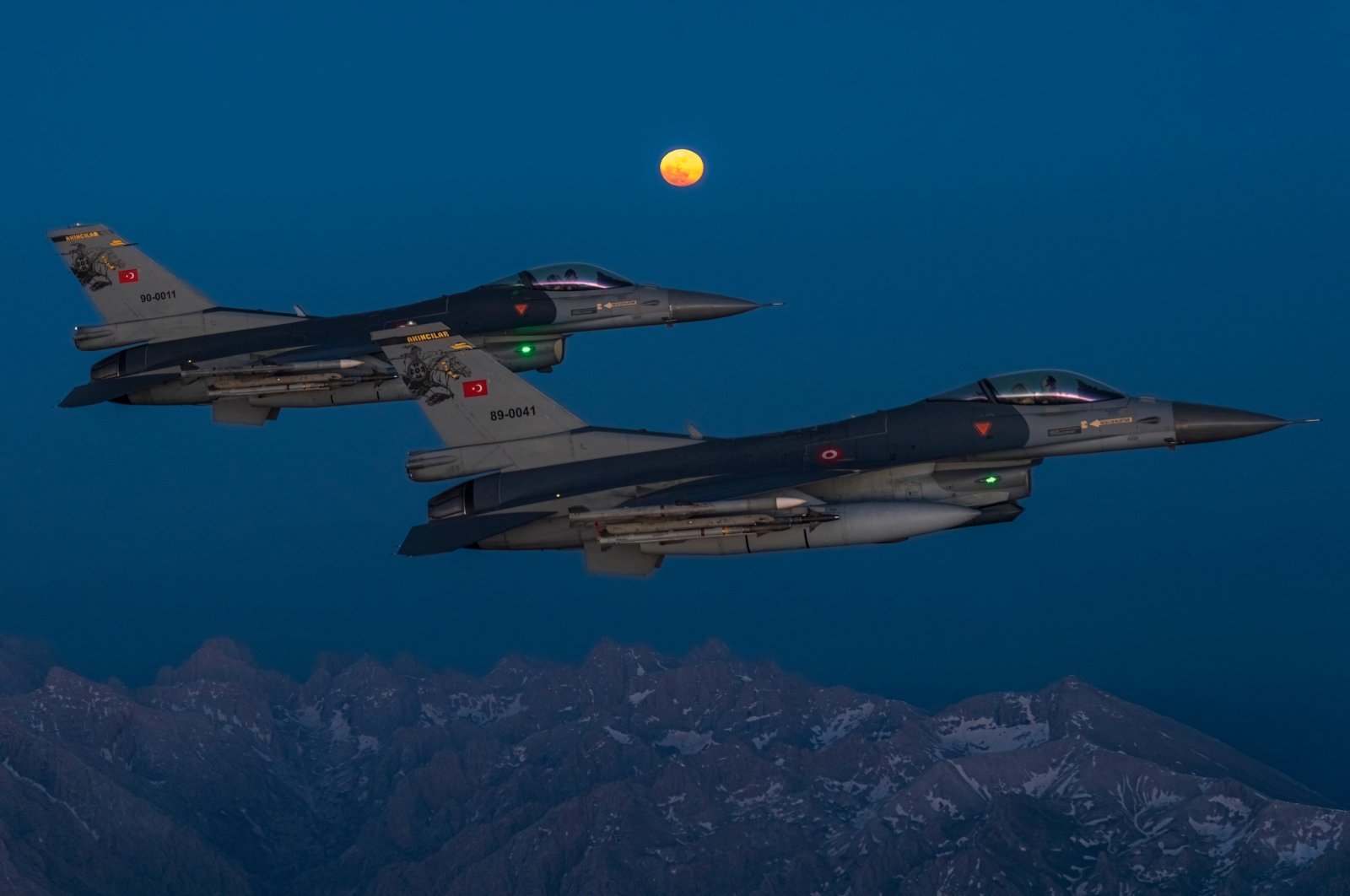 Turkish and U.S. fighter jets are carrying out air patrols this week to guard the skies over Poland and Iceland as part of NATO air policing duties, a bloc spokesperson said Wednesday.

"We thank our Allies the United States and Turkey for contributing to NATO's air policing missions," Oana Lungescu said in a statement.

Stressing that air patrols help the alliance keep its skies safe and secure around the clock, Lungescu said it is a clear example of alliance solidarity in action, "demonstrating that NATO has the capabilities and the resolve to protect all Allies."

According to NATO, four Turkish F-16s arrived Tuesday at Malbork air base in Poland to work with the Polish air force in securing the skies in the region.

The Turkish jets and 80 support personnel will remain there until mid-September, it added.

Meanwhile, four U.S. F-15s landed Wednesday at Keflavik air base in Iceland to conduct air policing over the country.

"Once certified by NATO's Combined Air Operations Centre at Uedem, Germany, the U.S. jets are on standby to scramble at a moment's notice to keep Iceland's airspace safe," it said.

NATO fighter jets are on duty across Europe around the clock, ready to take off in case of suspicious or unannounced flights near the airspace of the alliance members.

"NATO scrambled its air forces across Europe more than 400 times in 2020 to intercept unknown aircraft – mostly from Russia – approaching NATO airspace," it said.