Turkey, US should focus on common interests: Democratic rep 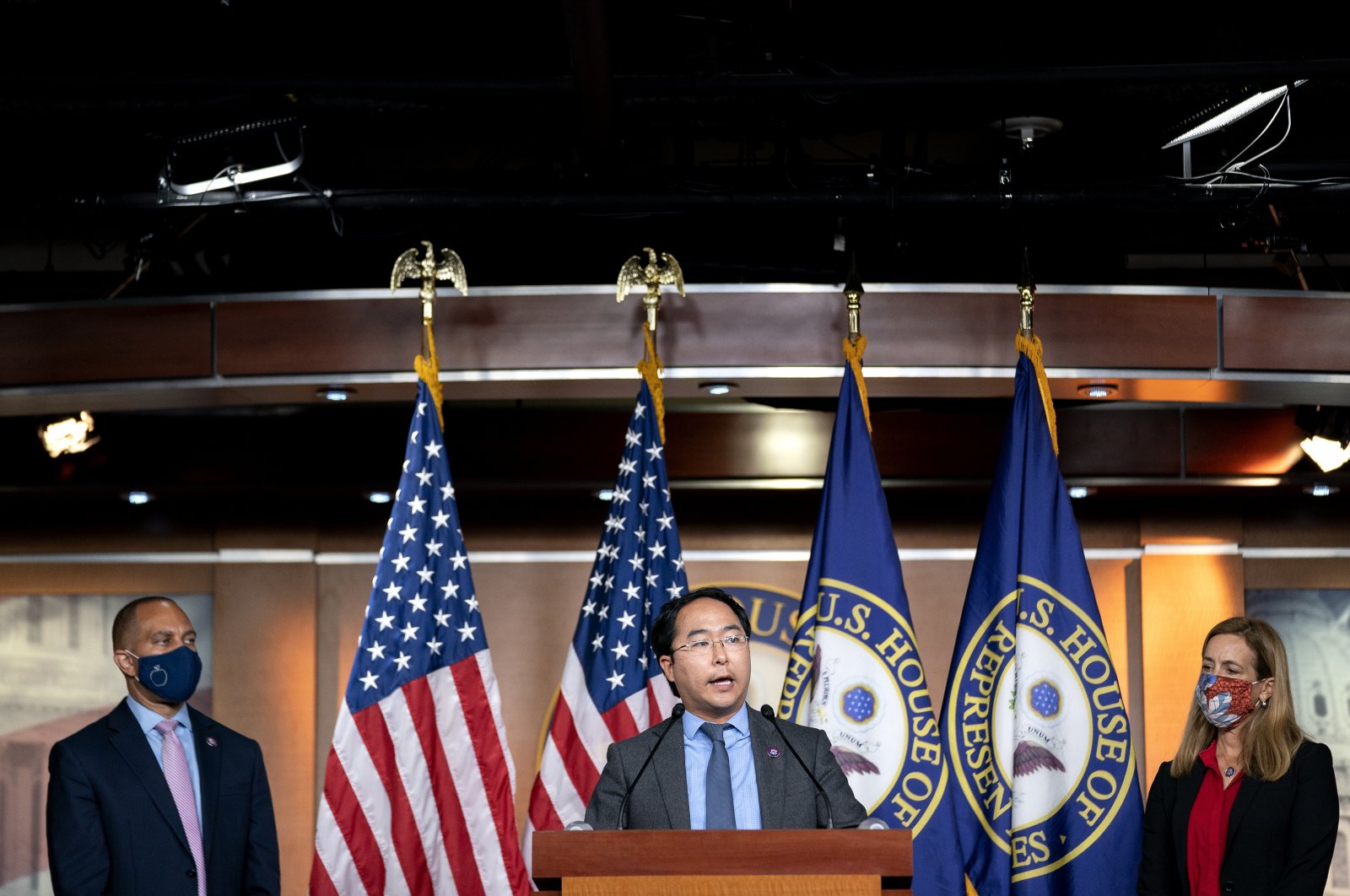 Instead of dwelling on points of disagreement, Turkey and the United States should focus on areas of reconciliation based on common interests, Democratic member of the U.S. House of Representatives Andy Kim said Monday.

Speaking to the Turkish daily Akşam, Kim stated that having worked closely with Turkey before, he believes such challenges can be overcome and that the two countries can find ways to strengthen their relationship and rebuild some of the trust that has eroded over the past few years.

"We are allies, I hope we can be a stronger ally and partner in every way. I think that these problems we are facing right now are really solvable. I don't want relations between our countries to be unresolved because of concerns about the S-400 or what the U.S. is doing in Syria. These are things we should be able to address," he said.

"I firmly believe that there is a special relationship between our nations and that it should continue to be so. I strongly support any effort we can make to strengthen this. I think Turkey can and should play a really important regional role. And I see the benefits of that going forward. But we have some challenges and differences in what this vision looks like. Deeper diplomatic engagement can address many of these," he added.

Ankara and Washington disagree on a number of issues that have further strained bilateral ties in recent years, from Turkey’s purchase of Russian S-400 missile defense systems to the U.S. support to the PKK terrorist group's Syrian branch, the YPG, as well as the U.S. refusal to extradite Fetullah Gülen, leader of the Gülenist Terror Group (FETÖ) and some other legal matters.

Ties between NATO allies Turkey and the U.S. were badly strained in 2019 over Ankara’s acquisition of the advanced S-400 Russian air defense system, prompting Washington to remove Turkey from its F-35 Lightning II jet program. The U.S. argued that the system was incompatible with NATO systems and could potentially be used by Russia to covertly obtain classified information on the F-35 jets. Turkey, however, insists that the S-400 would not be integrated into NATO systems and would not pose a threat to the alliance.

Washington in December decided to impose sanctions on Turkey over the purchase. It marked the first time a NATO member state has been sanctioned for buying Russian arms. Ankara has repeatedly stressed it was the U.S.' refusal to sell its Patriot missile systems that led the country to seek other sellers, adding that Russia had offered a better deal, including technology transfers. Turkey even proposed setting up a commission with the U.S. to clarify any technical issues.

However, the greatest challenge that Turkey-U.S. relations face is not the problem of Ankara’s purchase of the Russian S-400 missile defense system but rather Washington’s support for the PKK's Syrian offshoot, the YPG, Turkish Defense Minister Hulusi Akar stated recently. The PKK is a designated terrorist organization in the U.S., Turkey and the European Union, and Washington's support for its Syrian affiliate has been a major strain on bilateral relations with Ankara. The U.S. primarily partnered with the YPG in northeastern Syria in its fight against the Daesh terrorist group. On the other hand, Turkey strongly opposed the YPG's presence in northern Syria.

Ankara has long objected to the U.S.' support for the YPG, a group that poses a threat to Turkey and that terrorizes local people, destroying their homes and forcing them to flee. Under the pretext of fighting Daesh, the U.S. has provided military training and given truckloads of military support to the YPG, despite its NATO ally's security concerns. Underlining that one cannot support one terrorist group to defeat another, Turkey conducted its own counterterrorism operations, over the course of which it has managed to remove a significant number of terrorists from the region.

Regarding the U.S. presence in Syria, Kim also said the U.S. needs to look at what the threat still remains in these areas, expressing concern about Daesh and other warring groups in Iraq and Syria.

"I don't think we're at the level where we can pull out right now. But we are moving towards the notion that the United States does not want to stay there forever," he added.