Turkey, US must find ways to leave troubles behind: Erdoğan 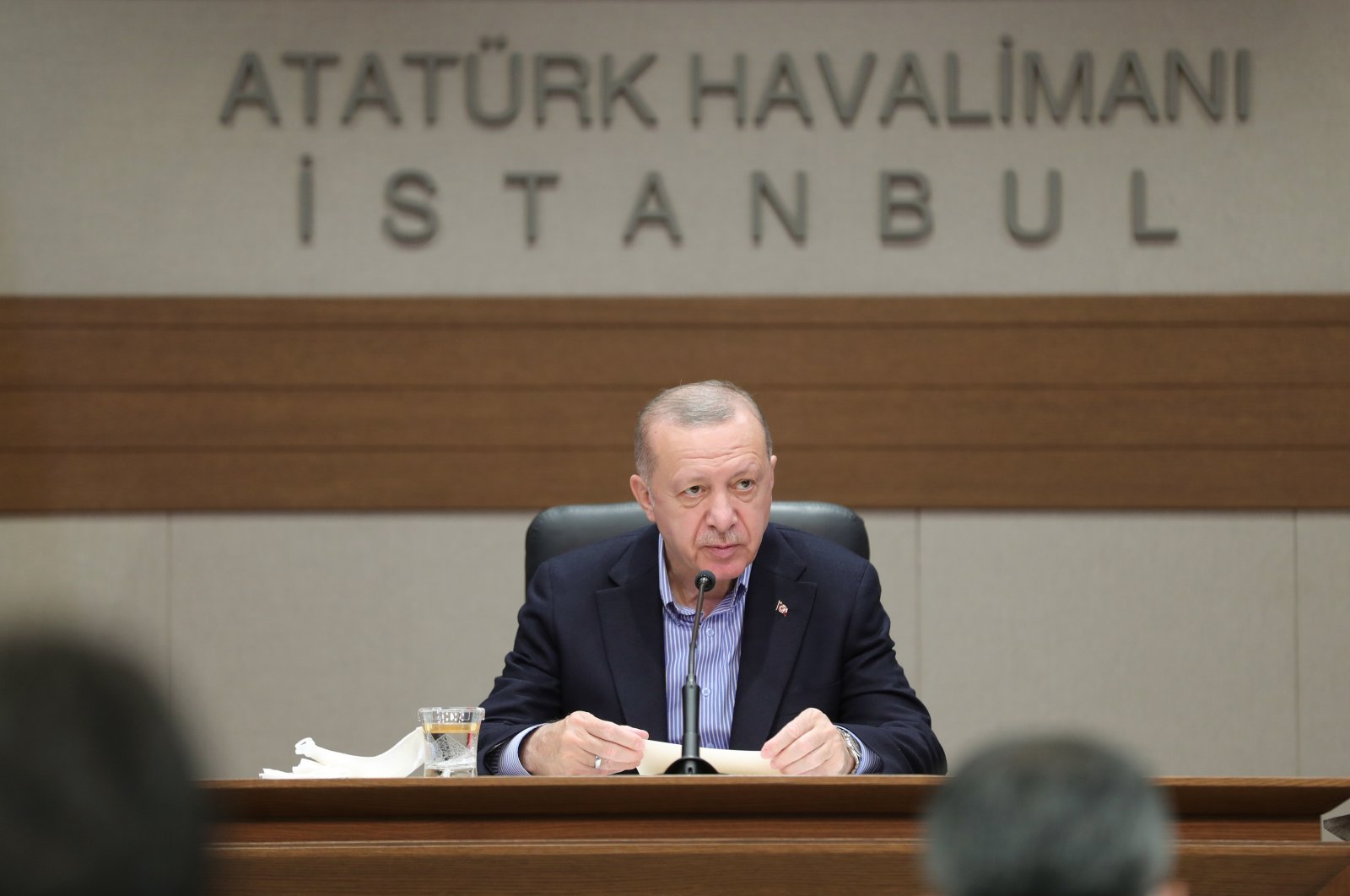 Ankara and Washington need to look for ways to leave troubles behind and move on, President Recep Tayyip Erdoğan said Sunday during a press conference in Istanbul ahead of his NATO summit visit to Brussels.

Regarding his planned face-to-face meeting with U.S. President Joe Biden, Erdoğan said that a wide range of issues, including bilateral ties, will be discussed with Biden on the sidelines of the NATO summit.

Underlining that Ankara and Washington will look for ways to set aside tension, he added: "There have been many rumors inside and out, we need to leave them behind and talk about what we can do and what we will do."

Turkey will once again underline the importance of the alliance with its allies during the NATO summit, Erdoğan also said and noted that the F-35 program and the U.S. Patriot defense systems will be also discussed during the meeting with Biden.

The U.S. argued that the system was incompatible with NATO systems and could potentially be used by Russia to covertly obtain classified information on the F-35 jets. Turkey, however, insists that the S-400 would not be integrated into NATO systems and would not pose a threat to the alliance.

The president will also bring up Turkey's opposition to Biden's recognition of the 1915 events as "genocide" during the meeting, underlining that Ankara expects concrete steps from Washington to compensate.

Erdoğan also said that Turkey not only protects its borders but also NATO's, adding that Ankara not only fights terrorism but also faces intense pressure of irregular migration.

Commenting on a potential Turkish role in Afghanistan after the NATO withdrawal, Erdoğan said Turkey is the only country that can be trusted to continue the process after the withdrawal.

A positive agenda is prioritized for the upcoming meeting between Erdoğan and Biden, with potential areas of cooperation and opportunities expected to dominate talks in addition to discussions about ongoing disagreements. Biden and Erdoğan are scheduled to meet and discuss a range of issues including Syria, Afghanistan, the Eastern Mediterranean and the S-400s issue on the sidelines of the NATO summit in Brussels on Monday. The meeting comes against the backdrop of a fair amount of tension between the two countries. Although NATO allies Turkey and the U.S. have voiced interest in resetting recently strained ties, disagreements on several points remain, and sources have pointed out that political cooperation is the key to progress.

Turkey is approaching the upcoming meeting between Erdoğan and Biden with a positive agenda, Turkish Foreign Minister Mevlüt Çavuşoğlu said last week, adding that Ankara has received similar optimistic signals from Washington. Çavuşoğlu noted that the U.S. wants to cooperate with Turkey not only on the issues of Libya and Syria, but also in many areas from the Mediterranean to the Black Sea and Caucasus regions.

Biden is also looking forward to reviewing the "full breadth" of Ankara-Washington ties, as he and Erdoğan are scheduled to meet and discuss Syria, Afghanistan and other regional issues, the U.S.' national security advisor said last week, underlining that the two leaders will also look at the "significant differences" between the two NATO allies.