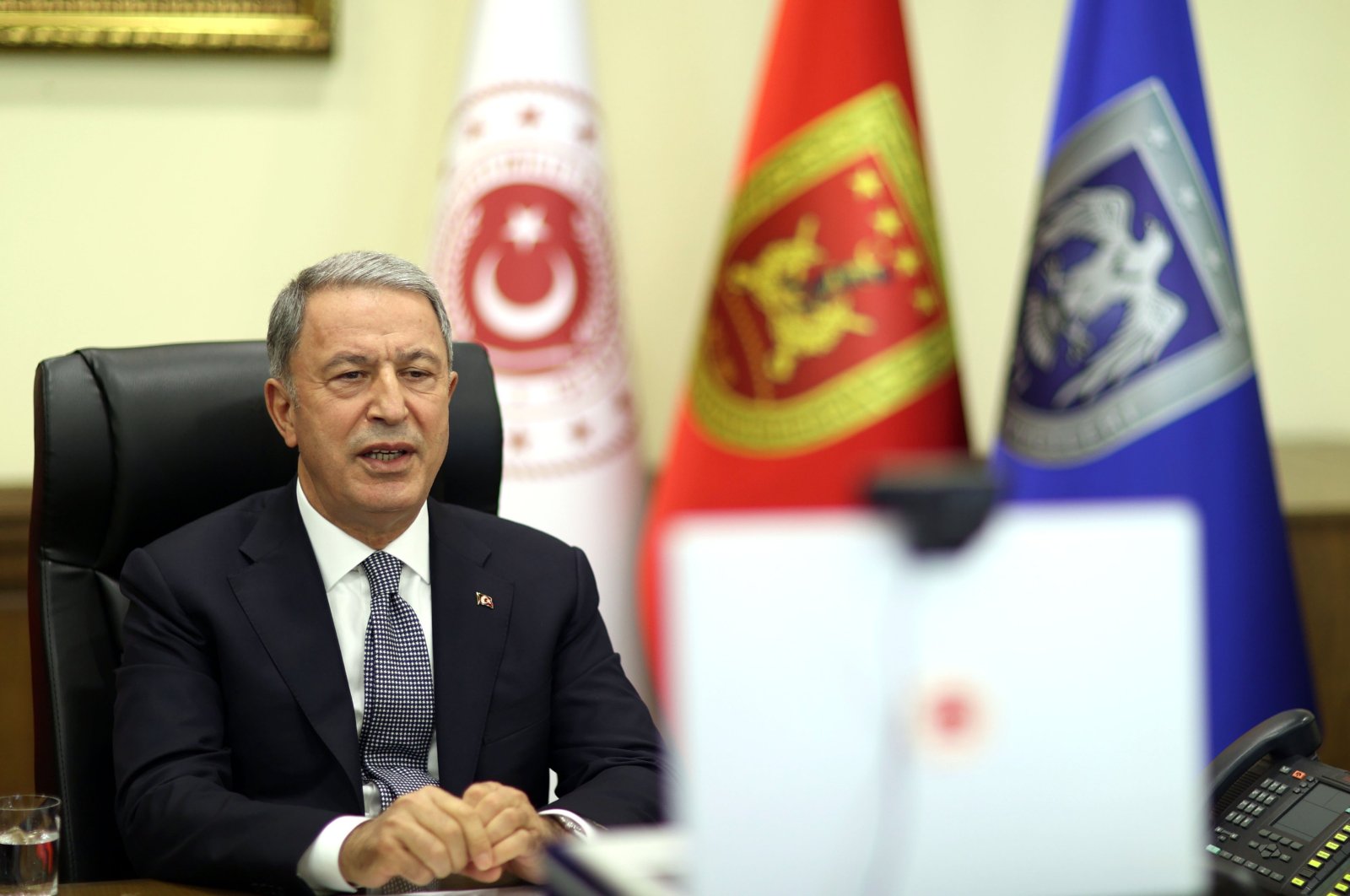 Turkey and the U.S. have deep-rooted strategic relations that cannot change overnight despite differences of opinion regarding some policies, Defense Minister Hulusi Akar said.

In response to a question about Ankara’s relations with the new Biden administration in Washington, Akar told a virtual summit of the 12th Halifax Security Forum that Turkey and the U.S. have been “unchangeable allies” for 70 years.

“Our relations may have highs and lows, and we may have a clash of ideas at times, but we must not forget that we have the ability to overcome all issues through our longstanding cooperation and dialogue,” Akar said, adding that the two countries have worked in cooperation in the Korean War and the conflicts in Somalia, the Balkans, Afghanistan and other places throughout the world.

“We hope to work with our counterparts during the new U.S. administration era,” Akar said.

Touching on the S-400 missile system crisis between Ankara and Washington, Akar said Turkey is still eager to relieve U.S. concerns about the missiles.

“We need to abstain from using threatening rhetoric and sanctions when approaching disputes as two countries that have been allies for 70 years,” the defense minister said, adding that Turkey is a strategic country in a wide region.

Akar also highlighted Turkey’s active role in NATO, saying that it is one of the top five countries that militarily contribute and one of the top eight financial contributors to the bloc.

He noted that Turkey’s priority is to find solutions to common problems in a joint manner.

“We expect mutual solidarity, cooperation and understanding from allied nations,” he added.

The U.S. argued that the system could be used by Russia to covertly obtain classified details on the Lockheed Martin F-35 jets and is incompatible with NATO systems. Turkey, however, insists that the S-400 system would not be integrated into NATO systems and would not pose a threat to the alliance.

Ankara has repeatedly stressed it was the U.S.' refusal to sell it Patriot missiles that led it to seek other sellers, adding that Russia had offered a better deal, including technology transfers. Turkey even proposed setting up a commission to clarify any technical issues. During a visit to Washington last November, President Recep Tayyip Erdoğan met with U.S. President Donald Trump and agreed with him on setting up a working group.

Recent issues, including the Syrian conflict, the S-400 missiles and the extradition of Fetullah Gülen, the mastermind of the July 15 coup attempt orchestrated by the Gülenist Terror Group (FETÖ), have led to mounting tensions between the two partners.