Turkey wants East Med resources to be developed for benefit of all, FM Çavuşoğlu says 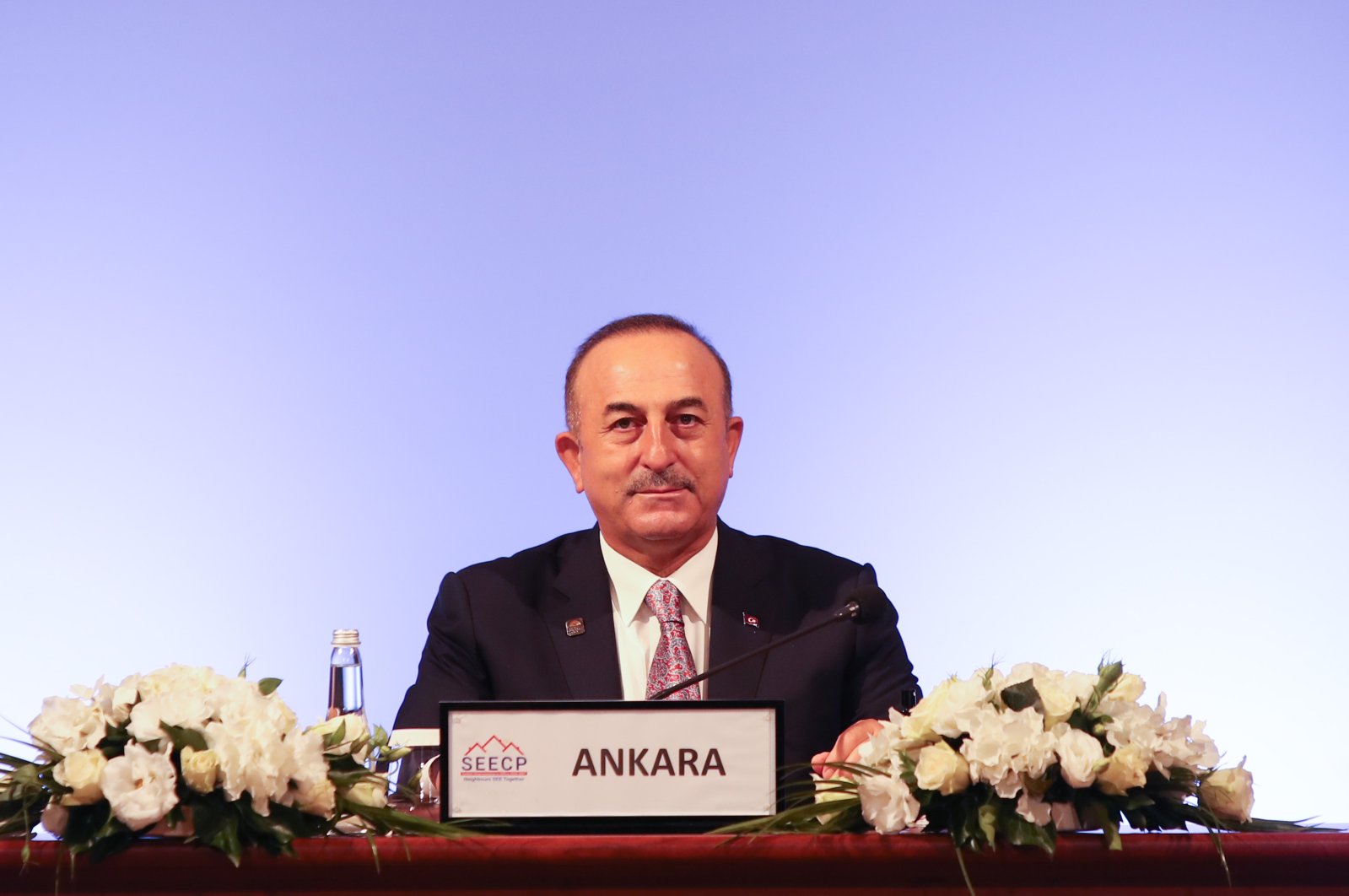 Turkey wants the resources in the Eastern Mediterranean to be developed for the benefit of all, Foreign Minister Mevlüt Çavuşoğlu said Thursday.

“When hydrocarbon reserves were found in the region, many thought this was an opportunity for cooperation and prosperity for everyone,” Turkey’s top diplomat said, speaking at the sixth edition of the Mediterranean Dialogues Forum organized by the Italian Foreign Ministry in cooperation with the Institute for International Political Studies (ISPI) via videoconference.

“However, some states acted on the contrary,” he said. “Currently everyone loses in the Mediterranean.”

Çavuşoğlu noted that in 2003, the Greek Cypriot administration signed a delimitation agreement with Egypt that violates both Turkey’s continental shelf and the rights of the Turkish Cypriots, and another one with Lebanon in 2007, disregarding the rights of the Turkish Cypriot side. In 2010, the Greek Cypriots also signed a delimitation deal with Israel, once again ignoring Turkey’s rights, he said.

“Greece and the Greek Cypriots tried to form alliances seeking to isolate us and the Turkish Cypriots,” Çavuşoğlu said.

Since the discovery of significant gas reserves in the region a decade ago, countries have been engaged in renewed disputes over maritime borders, while international law presents few remedies. The deepening rift between the two countries has surfaced with Turkey’s decision to enhance energy exploration activities in the Eastern Mediterranean and the deal Ankara made with Libya’s official government last year.

On Nov. 27, Ankara and Libya's United Nations-recognized Government of National Accord (GNA) signed two separate pacts, one that encompasses military cooperation and the other that outlines the maritime boundaries of the two countries in the Eastern Mediterranean.

Saying that Turkey’s door remains wide open for dialogue, Çavuşoğlu said, “There is a way out.”

He reiterated Ankara’s proposal to hold an Eastern Mediterranean conference to resolve the ongoing conflict. Çavuşoğlu said that Turkey’s ambassador was meeting Thursday with the European Commission in Brussels to discuss the details of the conference.

Çavuşoğlu also called on the European Union to change its stance on the issue and abandon threats of sanctions against Turkey while ignoring the rights of Ankara and the Turkish Cypriots.

Turkey has frequently voiced that the EU unfairly backs Greece in a maritime dispute that stretches back decades but only gained added importance with the discovery of large natural gas deposits in recent years.