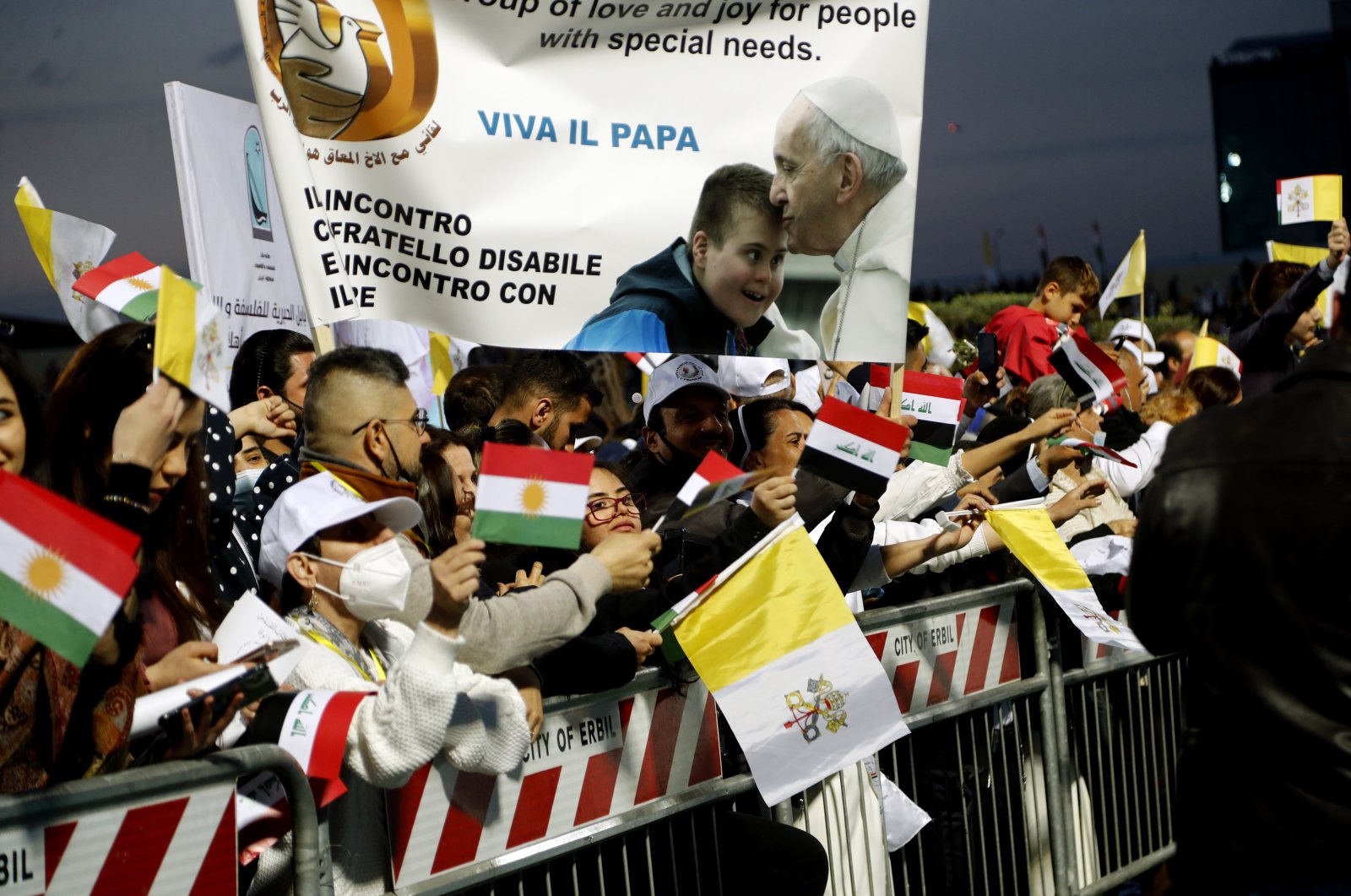 “This map is a grave mistake and an utter disrespect towards Turkey,” Presidential Spokesperson Ibrahim Kalın said in a televised statement late Thursday regarding the stamps that show a part of Turkish territory as Kurdistan Regional Government’s (KRG).

Warning the autonomous region’s government of a “harsh response” by Turkey, Kalın said that the issue must be dealt with as soon as possible.

“Our consul-general immediately got in touch with KRG authorities and they told us that the map was not ‘legally binding.’ The KRG should immediately correct this,” he added.

The stamps were issued on the occasion of Pope Francis’ visit to the administration.

In a statement, the Ministry of Foreign Affairs said some KRG administrators have exploited the Pope’s visit as a means to expose their "raw dreams" targeting the territorial integrity of neighboring countries.

The map used in the commemorative stamp included over 10 Turkish provinces, including Hatay, Ağrı, Kahramanmaraş, Gaziantep, Mardin and Van as part of "Greater Kurdistan."

Back in 2017, the KRG had been involved in a similar controversy during a referendum, as then-President Masoud Barzani used banners containing maps that showed 27 eastern Turkish provinces as part of "Greater Kurdistan." After severe criticism, the administration issued statements saying that they respect Turkey’s territorial integrity.