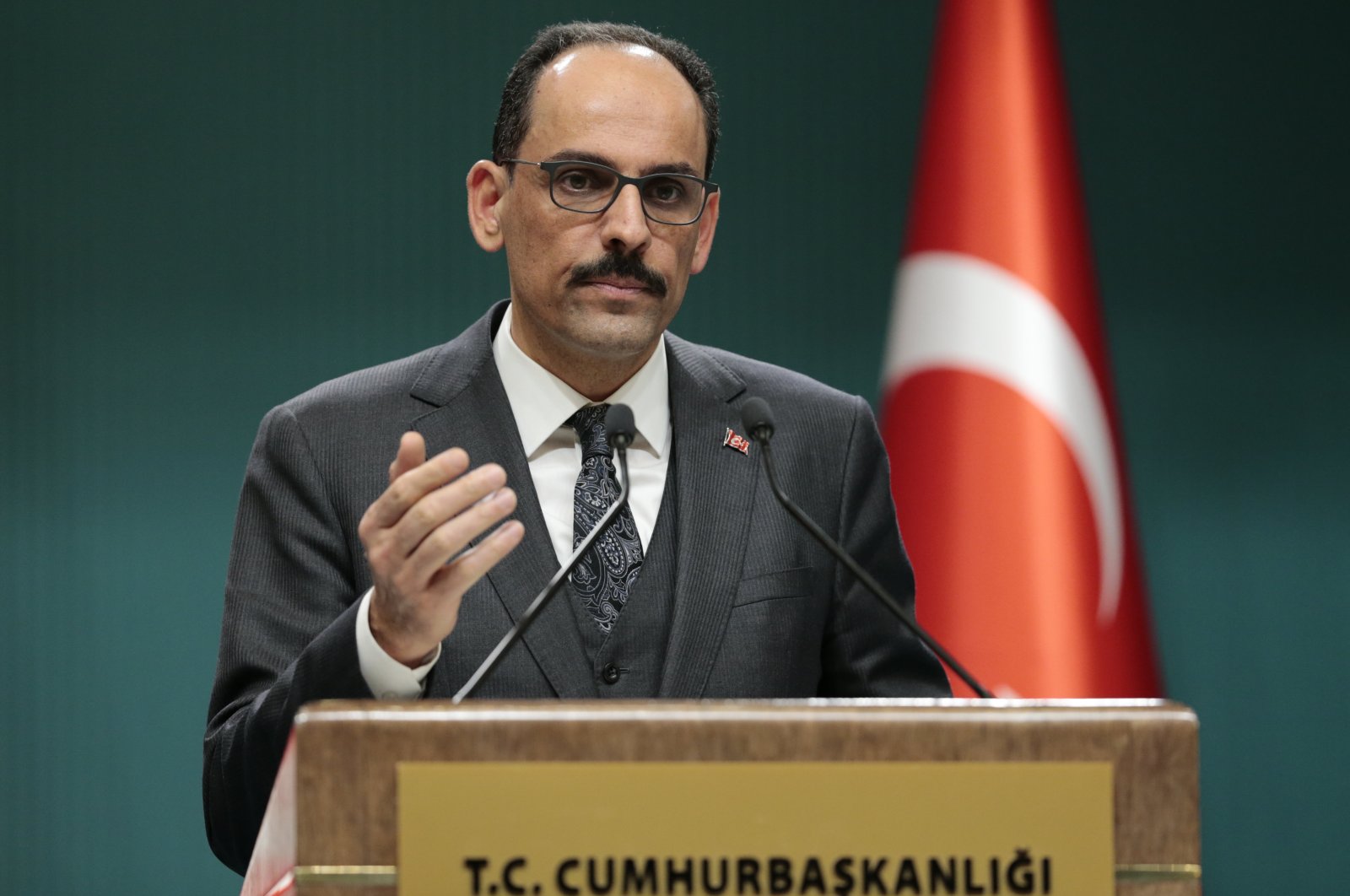 Turkey will always continue to support Azerbaijan as it has in the past, Turkey's Presidential Spokesman Ibrahim Kalın said late Friday.

Kalın appeared on Azerbaijan state television via the internet on a program in which Turkey-Azerbaijan relations were discussed.

"Our alliance against all types of enemy, our common steps against all sorts of friends will continue," he said.

On the Nagorno-Karabakh issue, Kalın said if Azerbaijan suffered any attack, Turkey would continue to do everything in its power to support it.

On international efforts to resolve the crisis, he said the Organization for Security and Cooperation in Europe (OSCE) Minsk Group, co-chaired by France, Russia and the U.S., had not produced the desired results and had failed to ensure the liberation of Karabakh from Armenian occupation.

Asked why such efforts had proved inadequate, Kalın said there were countries that sought to take advantage of the occupation by sustaining the problem.

"Is it a problem of neutrality or a strategic perspective? Everyone knows that Nagorno-Karabakh is under Armenian occupation. The solution is obvious. Why not take this road, why not enough pressure on Armenia?" he asked.

He said Turkey supported peaceful solutions in line with Azerbaijan's territorial integrity, adding that the occupation of Armenia must come to an end to allow for peace and stability in the Caucasus.

Asked about Turkey's approach to Armenia, Kalın said if the crisis between Azerbaijan and Armenia was resolved, normalization with Armenia may be pursued, stressing that until then, Turkey would not accept agreements deemed unacceptable by Azerbaijan.

He also said the strong ties between Turkey and Azerbaijan that rest on economic, cultural, security and energy relations would continue to develop.

Armenian armed forces killed a dozen Azerbaijani soldiers in an attack launched in July. However, the country later withdrew after suffering losses following retaliation from the Azerbaijani military.

Since 1991, the Armenian military has illegally occupied the Nagorno-Karabakh region, which is internationally recognized as territory belonging to Azerbaijan.

Four U.N. Security Council and two U.N. General Assembly resolutions, as well as a number of decisions by international organizations, refer to the illegal occupation and demand the withdrawal of Armenian forces from the region, as well as seven other occupied areas of Azerbaijan.