Turkey will not be confined in Aegean, Eastern Mediterranean, Akar says 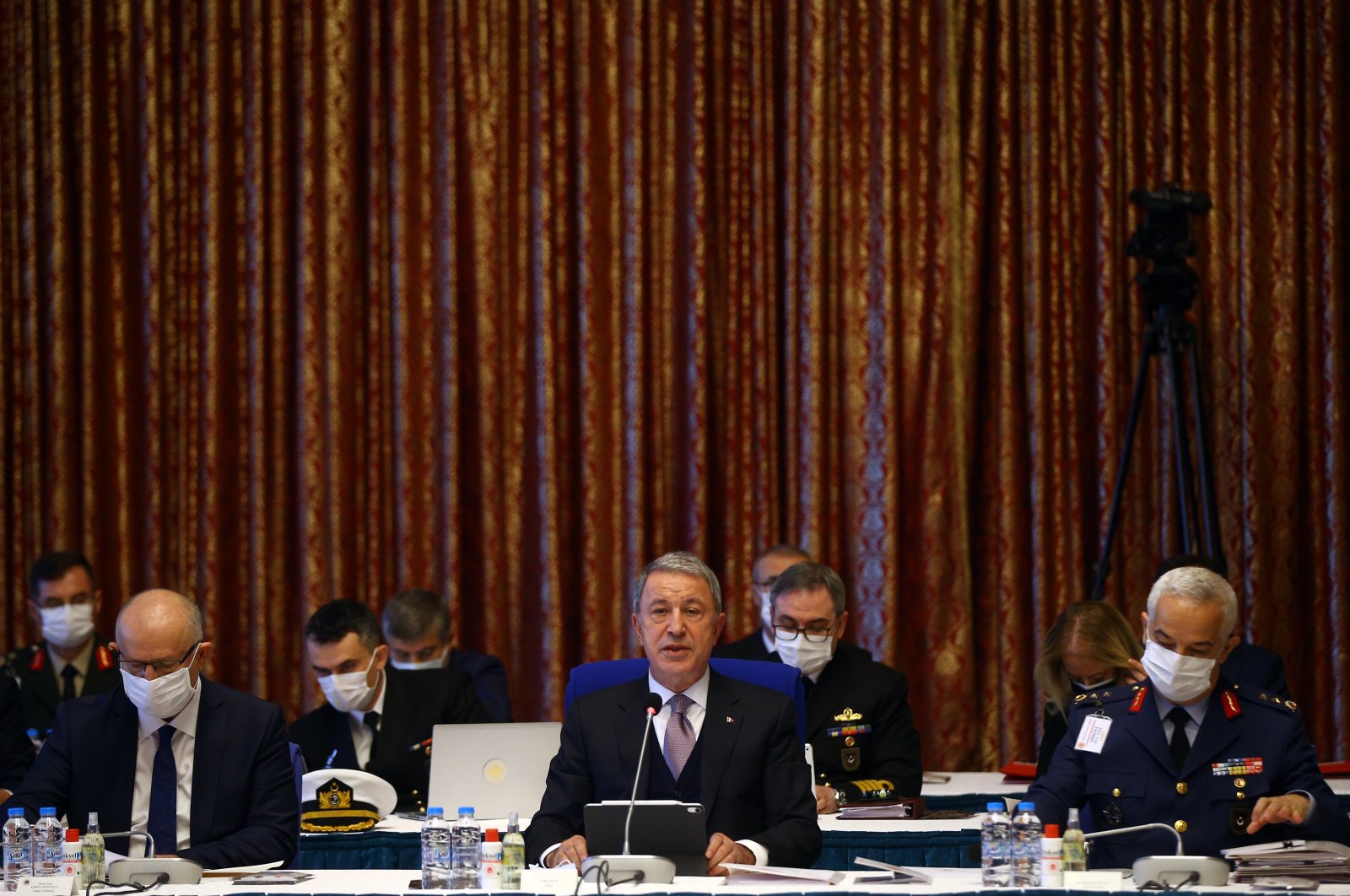 Turkey will continue to stand against efforts to confine it to territorial waters in the Aegean and around the Gulf of Antalya in the Eastern Mediterranean, Defense Minister Hulusi Akar said Thursday.

“We could not stay indifferent to the moves of Greece and Egypt in the Eastern Mediterranean, so we, too, have taken the necessary measures to protect our country’s rights and interests,” Akar pointed out during the Turkish parliament's Planning and Budget Committee.

Egypt in August announced that it had signed a bilateral agreement with Greece on the "delimitation of maritime jurisdictions" between the two countries. This announcement was followed by Ankara’s statement calling the deal "null and void" while stressing that it usurped and ignored the rights and continental shelves of both Turkey and Libya.

Since the discovery of significant gas reserves in the region a decade ago, countries have been engaged in renewed disputes over maritime borders. International law presents few remedies.

The deepening rift between Greece and Turkey surfaced with Turkey’s decision to enhance energy exploration activities in the Eastern Mediterranean and a deal Ankara made with Libya’s official government.

Egypt and Greece are at odds with Turkey, which angered the two countries by signing the maritime delimitation agreement with the internationally recognized Government of National Accord (GNA) in Libya on Nov. 27, 2019, in a move that escalated disputes over potential offshore gas reserves in the Eastern Mediterranean.