Turkey will pay no regard to persistent provocations: Erdoğan 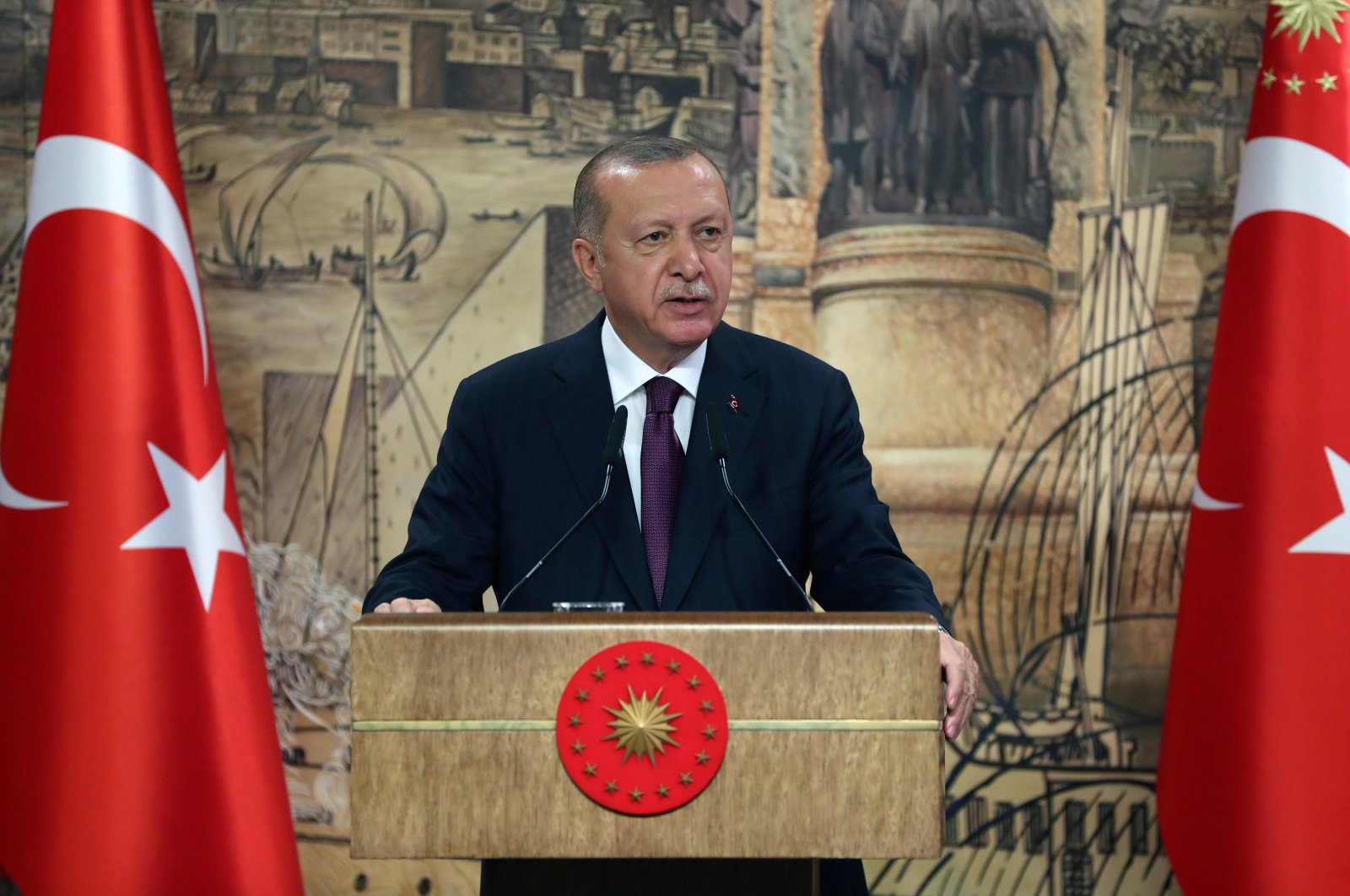 Turkey intends to give diplomacy the best chance possible, resolving issues through dialogue in a way that benefits all parties, President Recep Tayyip Erdoğan said Saturday in response to calls for talks from French counterpart Emmanuel Macron.

Macron called on Turkey to reopen a "responsible dialogue" on the Eastern Mediterranean, having recently threatened sanctions on the country and called on the European Union to stand united against Ankara.

In a series of Tweets, Erdoğan said that Turkey would pay no regard to persistent provocations, stating that Ankara had carried out these processes in a determined and mature manner.

"With this goal, we will continue to defend every drop of water and every inch of land in our country right to the end," he said.

Turkey Friday accused Macron of adding fuel to the fire in the Eastern Mediterranean and making it harder to resolve issues in the region.

Greece has disputed Turkey's energy exploration in the region, trying to box in Turkish maritime territory based on the proximity of a number of its islands to the Turkish coast.

Turkey – the country with the longest coastline on the Eastern Mediterranean – has sent out drillships accompanied by naval escort to explore for energy on its continental shelf, saying that both Ankara and the Turkish Republic of Northern Cyprus had rights in the region.

Meanwhile, Turkish and Greek military delegations have held technical meetings at NATO headquarters in Brussels to discuss ways to reduce the risk of an incident amid rising tensions in the region.