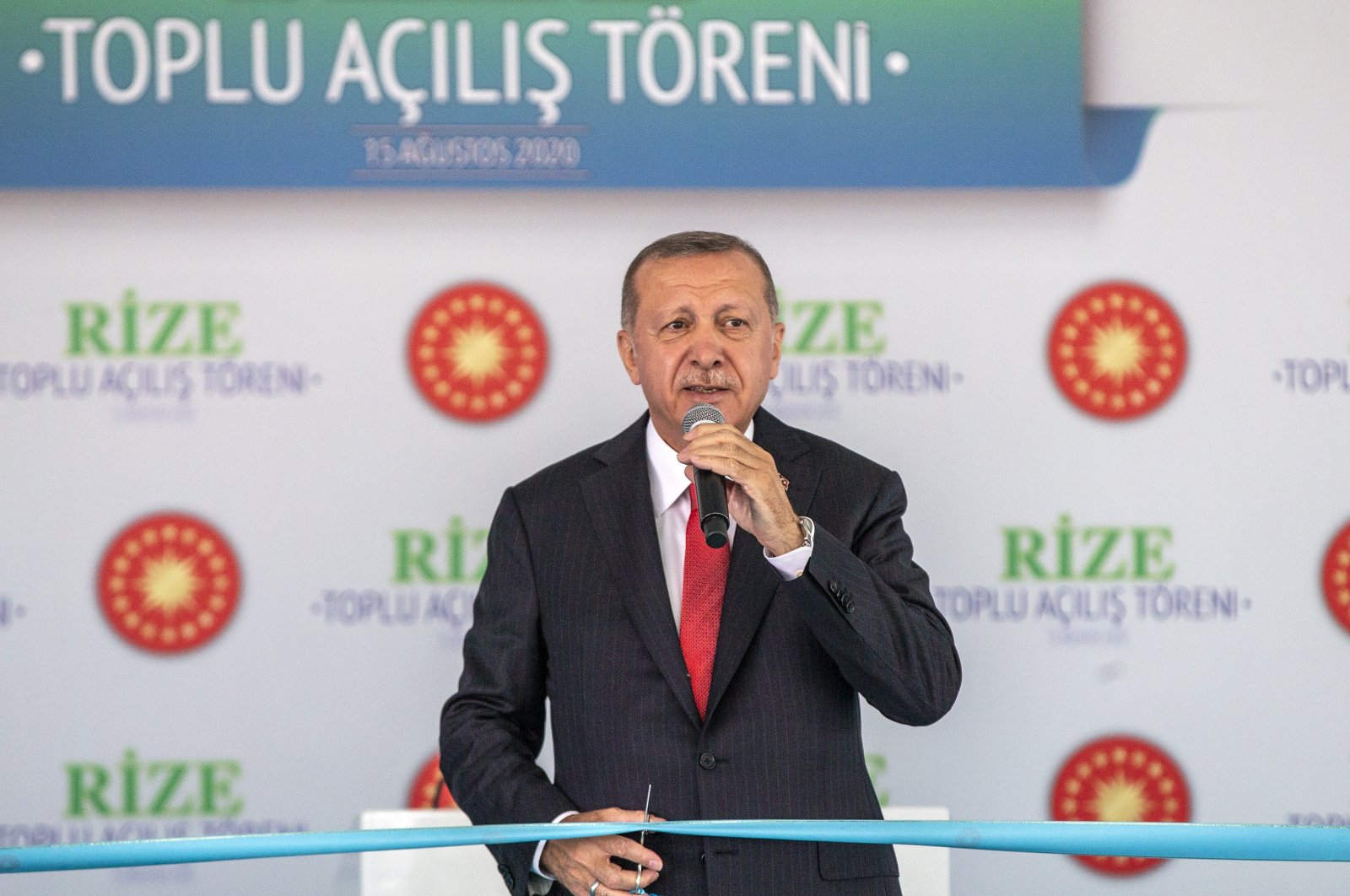 President Erdoğan reiterated Turkey's determination to protect its seismic exploration vessels in the Eastern Mediterranean, while the Turkish navy issued a new Navtex for the Yavuz drillship, extending its operations until Sept. 15

Turkey will not hesitate to respond to the slightest harassment of its energy exploration ship in the Eastern Mediterranean, President Recep Tayyip Erdoğan said Saturday amid rising tension in the region over Greece's controversial new maritime pact with Egypt and French support for the Greek Cypriot administration, while the Turkish navy on Sunday issued a new navigational telex (Navtex) for its Yavuz drillship, which extends the vessel’s operations until Sept. 15.

Speaking at an opening ceremony in the eastern Black Sea province of Rize, the Turkish president said the Oruç Reis survey ship will continue energy exploration until Aug. 23.

Erdoğan also warned that “those who forced Turkey out of its East Mediterranean energy resources 100 years ago” will not be able to stop the country to reclaim its rights.

"We will never bow to banditry on our continental shelf. We will not back down against the language of sanctions and threats,” the president said.

The agreement came a day before Turkey was scheduled to announce the postponement of its oil and gas exploration activities, which were already suspended for more than two weeks, according to previous remarks made by presidential spokesperson Ibrahim Kalın.

But, after declaring the Greek-Egyptian deal "null and void," Turkey authorized the Oruç Reis to continue its activities in an area within the country's continental shelf.

Erdoğan said the only solution to the dispute is through dialogue and negotiation and urged Athens to respect Turkey's rights.

Meanwhile, the drillship Yavuz will be accompanied by Ertuğrul Bey, Osman Bey and Orhan Bey vessels during its mission in the Eastern Mediterranean through Sept. 15, the navy said in a statement Sunday. The drillship will search for natural gas in the area, the statement added.

The Greek Cypriot administration and France failed to garner support from European Union members to condemn Turkey over recent actions in the Eastern Mediterranean.

The call did not receive support from many members, especially Germany, nor by the EU administration during an extraordinary videoconference meeting of foreign ministers on Friday, according to EU diplomatic sources, who asked not to be named due to restrictions on speaking to the media.

As the EU foreign ministers meeting was held via videoconference, it was considered unofficial, and there is no joint decision at the end of the meeting.

However, ministers may instruct their working groups to prepare the results of the meeting.

Also on Friday, Germany also expressed concern about the tensions between Greece and Turkey, saying they were "worrying" and urged both sides to talks to avoid further escalation.

"These tensions are worrying," Chancellor Angela Merkel's spokesperson Steffen Seibert said, calling on the countries "to talk directly to each other" to resolve their maritime dispute.

"What's important is de-escalation," he said, adding that the German government "has taken note" of France's decision to beef up its military presence in the Mediterranean.

Turkey on Saturday slammed a defense agreement between France and the Greek Cypriot Administration.

The Greek Cypriot administration, which does not represent the entire island nor the Turkish Cypriots, is not competent and authorized to make such an agreement, the Turkish Foreign Ministry said in a statement.

"The agreement in question is against the 1960 Treaties and the equilibrium established by these Treaties. There is also a risk of disrupting the efforts to ensure stability and security in the Eastern Mediterranean," the statement added.

It stressed that the Turkish side "in the past made constructive and positive suggestions for the region to become an area of prosperity and stability," but the "proposals were rejected by the Greek-Greek Cypriot couple."

"It is unacceptable for France to take steps to further increase the tension in the current period, to organize joint exercises with the Greek Cypriot administration in this context and to deploy military aircraft here contrary to the 1960 Treaties, albeit temporarily," the ministry said.

"We support the reaction and statements made by the Turkish Republic of Northern Cyprus (TRNC) authorities on this issue.

"We invite France, permanent member of the U.N. Security Council, to act more responsibly on Cyprus-related issues that are on the U.N. agenda," it added.

The agreement took effect on Aug. 1 but was announced Saturday.