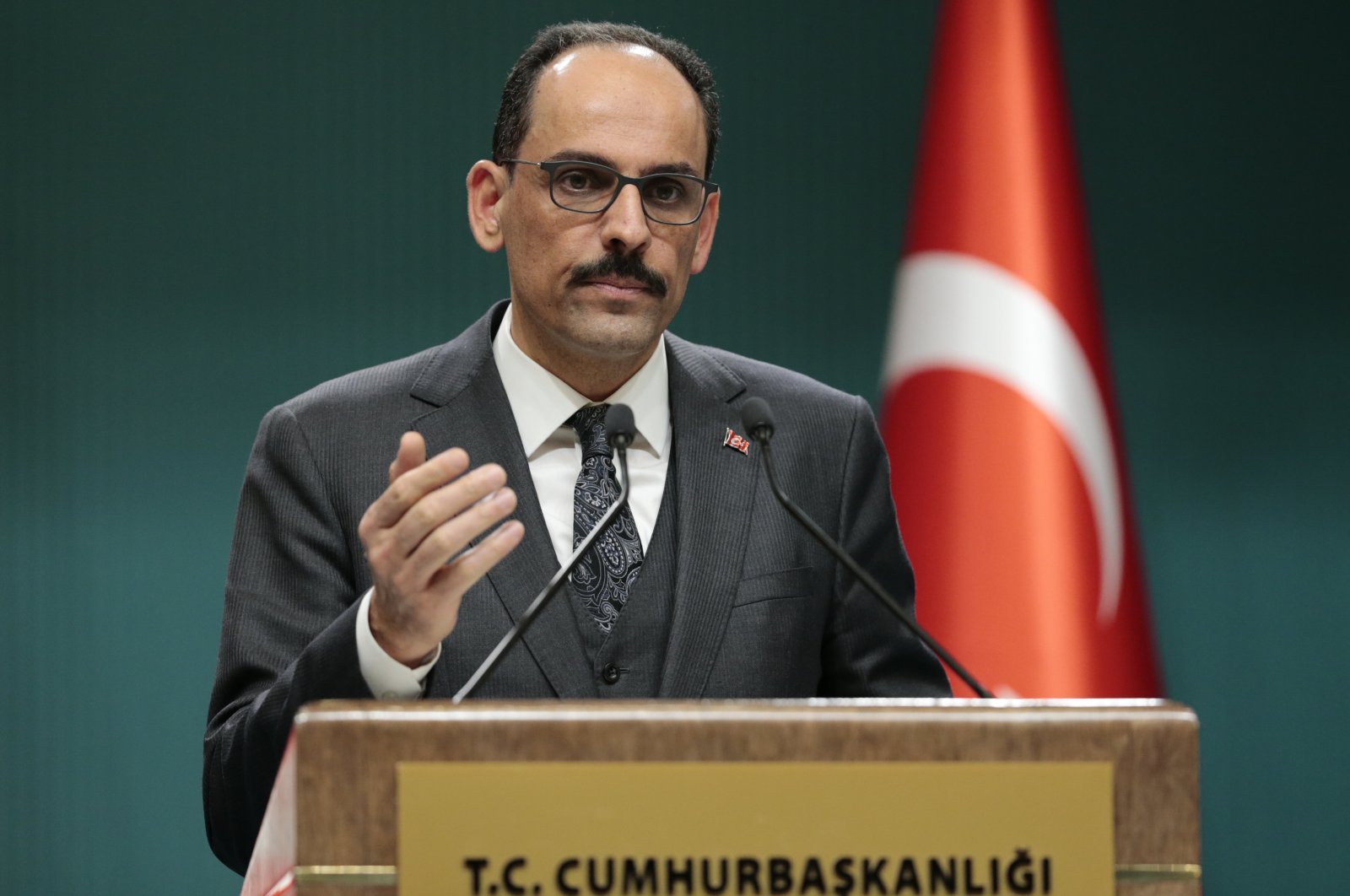 Turkey will not allow historical facts to be manipulated and thereby create new hostilities against the country, Presidential Spokesperson İbrahim Kalın said Friday, referring to the 1915 events.

In the statement, released on the anniversary of the April 24, 1915 relocation decision, Kalın underlined that the choices were not a result of politics aimed at Armenians, who were often referred to as the "loyal nation" by the Ottomans.

"The ones who assume that they can hurt Turkey with lies of genocide and political schemes will be wronged once again. The Turkish Republic will never allow for historical facts to be twisted and the formation of new hostilities," Kalın stated.

Kalın pointed out that those who "escape" from the historical facts refuse to respond to President Recep Tayyip Erdoğan's calls for establishing a joint historical commission. On April 23, 2014, Erdoğan released a statement on the issue in an effort to bring all parties together and heal the wounds of the past, yet this inclusive step was overlooked by the "abusive lobbies."

"The losses of World War I are the joint suffering of all of us. The killing of our Armenian citizens who had to migrate with the relocation decision, the killing of innocent Anatolian people during Armenian rebellions, and the killing of almost 5 million Muslims during migrations and wars in between the dates of 1850 and 1920 are all our joint pain. Comparing pains would not heal the wounds. The ones who are pursuing anti-Turkey stance for minor political gains cannot cover the historical facts," Kalın highlighted, adding that the hostile rhetoric of the genocide lobby would not be beneficial today nor in the future.

The spokesperson also underlined that the Turkish diplomats killed by the Armenian terrorist group Asala between 1973 and 1984 will never be forgotten.

Turkey's position on the events of 1915 is that the deaths of Armenians in eastern Anatolia took place when some sided with the invading Russians and revolted against Ottoman forces. The subsequent relocation of the Armenians resulted in numerous casualties.

Ankara has repeatedly proposed the creation of a joint commission of historians from Turkey and Armenia, as well as international experts, to examine the issue.

The U.S. Senate unanimously passed a resolution on Dec. 12, 2019, recognizing the so-called Armenian genocide. The resolution had been blocked several times in the Senate, but the Democratic-led House of Representatives passed the resolution by an overwhelming 405-11 in late October. The resolution asserts that it is U.S. policy to commemorate the 1915 events as "genocide."

Recognizing the 1915 events as "genocide" had stalled in Congress for decades, stymied by concerns over U.S.-Turkey relations.