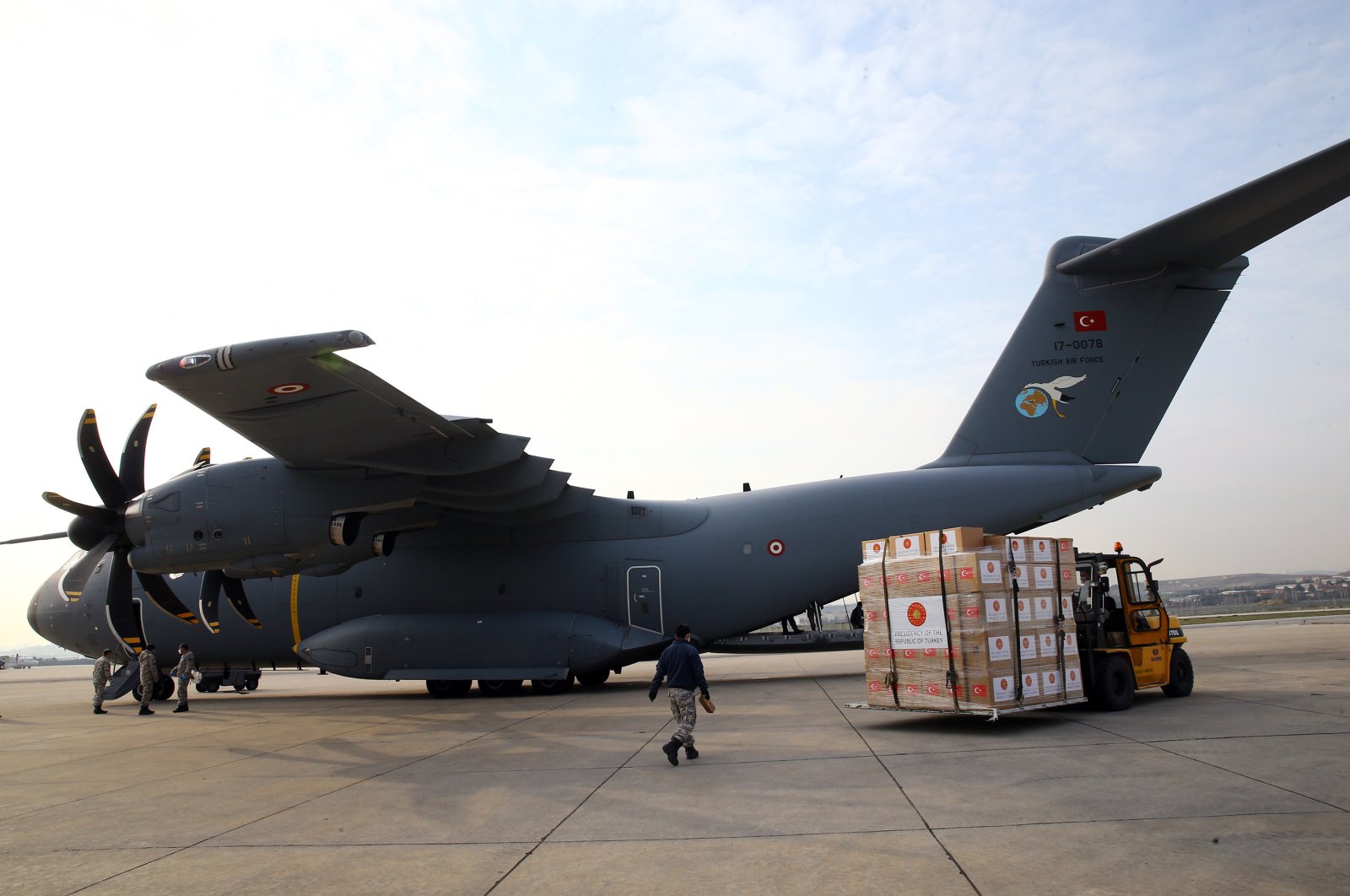 During the coronavirus pandemic, some two-thirds of the world have requested medical supplies from Turkey to fight the virus, and nearly half of these requests have been met.
by DAILY SABAH WITH AA Jun 23, 2020 11:30 am
RECOMMENDED

Turkey is the third-largest provider of medical aid and support in the world, Deputy Foreign Minister Yavuz Selim Kıran said Monday, reflecting on his country's entrepreneurial and humanitarian understanding of foreign policy.

Speaking via video link at a session of the Fourth Brussels Conference on regional approaches to the coronavirus, Kıran said that Turkey has helped 131 countries worldwide during the pandemic.

Turkey faces the dual challenge of protecting refugees as well as contributing to international solidarity, he said.

Noting Turkey's success in the fight against the pandemic, he said: "We provide free health care to all, including refugees. This enabled us to control the outbreak, but it is not possible to achieve success in a global struggle without international solidarity in the field of health."

Since first appearing in China last December, the coronavirus has killed over 469,000 people worldwide, with over 9 million confirmed cases and over 4.46 million recoveries, according to figures compiled by the U.S.' Johns Hopkins University.

On the displaced Syrians in war-battered Idlib in northwestern Syria, Kıran said, "International humanitarian aid is the only guarantee of their survival."

"We should act together, considering that the refugee crisis is a common problem for us all," he added.

He also called on the international community to support a project to construct semi-permanent shelters in Idlib recently agreed upon by Turkey and Germany.

Turkey ranks first among refugee-hosting countries with over 3.5 million refugees, most of them Syrians who fled the brutal civil war in their country.