Turkey’s actions in EastMed in accord with international law, defense minister says 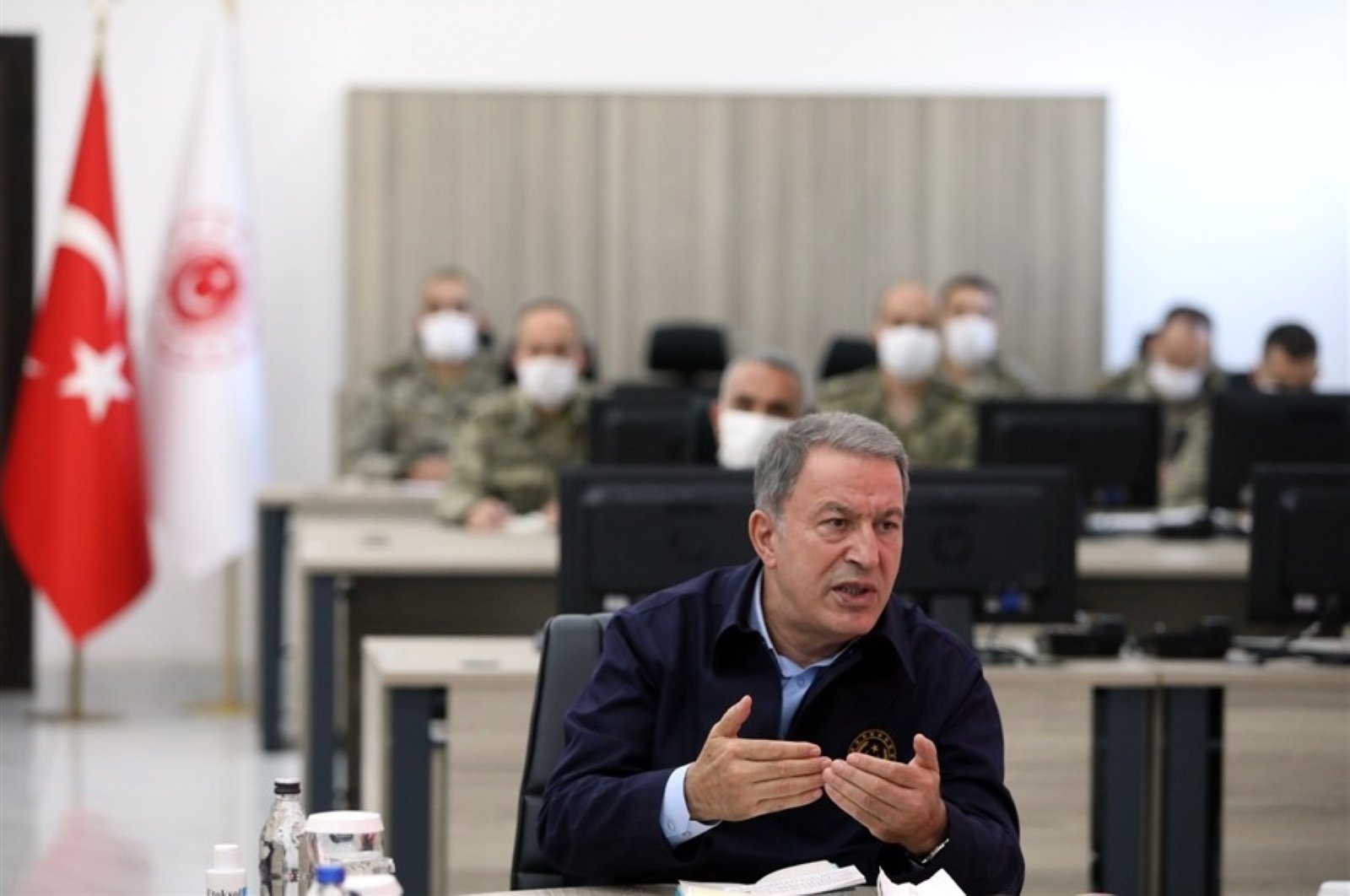 Ankara said Friday that all disputes over the Aegean Sea, Eastern Mediterranean and Cyprus should be solved in line with international law.

“Let’s solve all rifts with good neighborhood relations, with mutual goodwill and by not violating others’ rights,” Defense Minister Hulusi Akar said after a meeting with land, air and naval forces commanders near the Syrian border.

Akar added that Turkish delegations had visited Athens two times to meet with their counterparts, inviting Greek officials to Ankara for further meetings.

Delegations from the Turkish and Greek Defense Ministries carried out confidence-building meetings in February to try to resolve their differences. The traditionally strained relations between neighboring Turkey and Greece have taken a turn for the worse in recent months due to the added burden of migration and an energy exploration race in the Eastern Mediterranean.

Akar indicated that the Turkish Armed Forces would continue to protect Turkey’s interests and Turkish people’s rights without compromise.

Commenting on the Cyprus issue, Akar said Turkey would not allow a fait accompli on the island, calling on all sides to abide by international law.

Turkey previously said that it would protect Turkish Cypriots interest in the Eastern Mediterranean in the face of unilateral drilling attempts by the Greek Cypriot administration, clarifying that the Turkish Republic of Northern Cyprus (TRNC) also has rights to the area's resources.