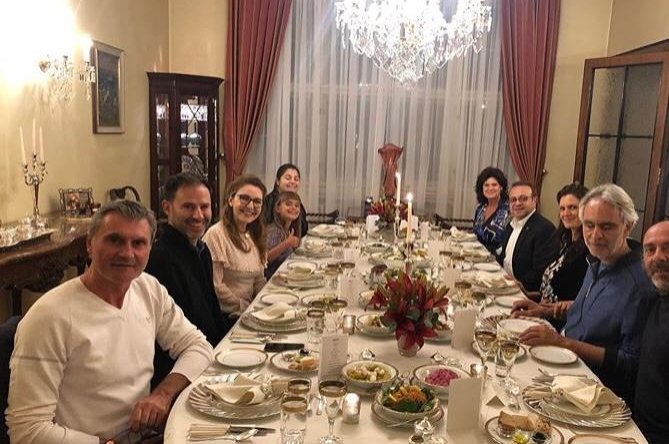 Turkey’s ambassador to the Czech Republic, Egemen Bağış and his wife Beyhan N. Bağış on Tuesday night hosted world-famous tenor Andrea Bocelli along with his family and his team at a dinner in Prague.

Bocelli, who was in Prague to record his latest album, accepted Bağış’s dinner invitation at the official residence of the Turkish Embassy in Prague.

During the dinner, guests were served with traditional Turkish delicacies.

As the embassy’s Instagram account shared photos from the night, it stated: “Mr. Bocelli shared his hope to reunite with his fans from Turkey soon.”