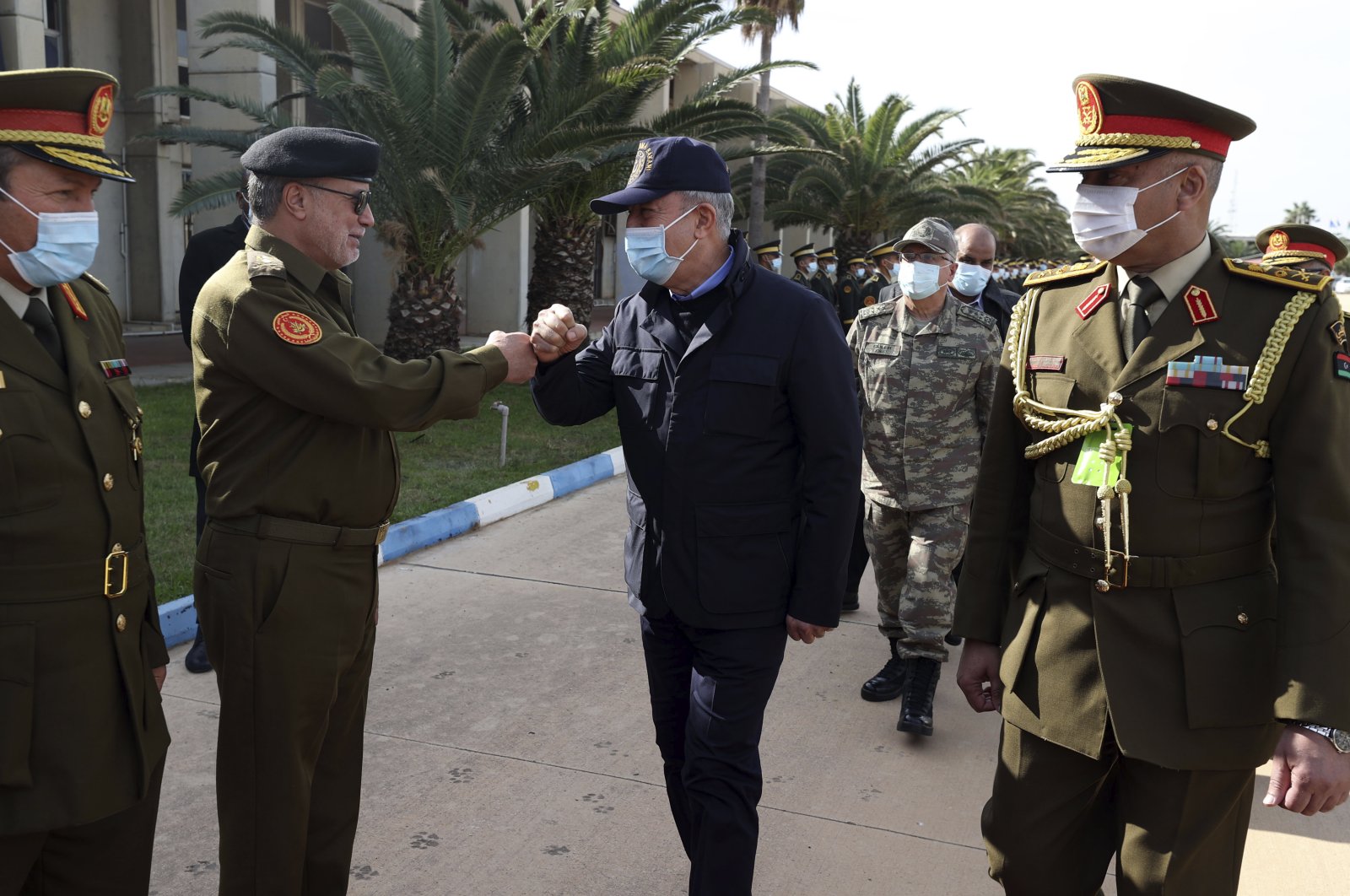 Turkey's Defense Minister Hulusi Akar made a surprise trip to Libya on Saturday and met with senior Libyan officials during which the two sides underlined their bilateral cooperation, two days after putschist Gen. Khalifa Haftar urged his fighters to drive out Turkish forces from the oil-rich country.

In his meeting with Bashagha, Akar said: "You have accomplished great things, I hope you bring all of these to fruition and our Libyan brothers continue to live in peace and security."

For his part, Bashagha said he was pleased to host Akar and the Turkish military commanders, adding, "You are our brothers."

The Turkish Defense Ministry said Akar would inspect the Turkish forces in Libya during the visit, while Libyan officials said talks would focus on military cooperation between Tripoli and Ankara.

The Turkish and Libyan officials agreed during the talks to "pursue their coordination in a bid to repel any hostile" action by Haftar that could destabilize Libya, a statement by Tripoli said.

Turkey has backed the Tripoli-based, United Nations-recognized, legitimate Government of National Accord (GNA), sending military advisers, materials and mercenaries to quell an offensive last year by the illegitimate forces led by eastern-based Haftar. Ankara also has a large military base in the Al-Watiya region on Libya's border with Tunisia.

Akar's visit to Tripoli came after the Turkish Parliament last week adopted a motion extending the deployment of forces in Libya by 18 months.

Turkish support for the GNA helped stave off the April 2019 offensive by Haftar, who is backed by Russia, Egypt and the United Arab Emirates (UAE). In November 2019, Turkey and Libya also signed pacts on security cooperation and maritime boundaries. As part of Libya's 2019 deal with Turkey on security cooperation, the Turkish military continues to train, cooperate with and provide consulting services to Libya.

Later Saturday, Akar attended a graduation ceremony in Tripoli for military cadets who were trained in Turkey as part of its cooperation with the GNA, Libyan defense ministry sources told Agence France-Presse (AFP).

During a speech on Thursday, Haftar said there would be "no peace in the presence of a colonizer on our land" and called on his forces to "get ready."

"We will therefore take up arms again to fashion our peace with our own hands ... and since Turkey rejects peace and opts for war, prepare to drive out the occupier by faith, will and weapons," he said.

Wracked by violence since 2011, the North African country has become a battleground for tribal militias, extremists and mercenaries while acting as a major gateway for desperate migrants bound for Europe.

Two rival camps now vie for power, with an eastern-based administration backed by Haftar, pitted against the Tripoli-based GNA.

In October the two sides struck a cease-fire agreement, which has been generally respected, setting the stage for elections at the end of next year.

On Saturday, al-Namroush told local media that Libya was striving to build a military institution that respects international norms.

"The Turks have helped the GNA and we thank them for that. But now we wish to reorganize the Libyan Army and inject new blood into it," he said.