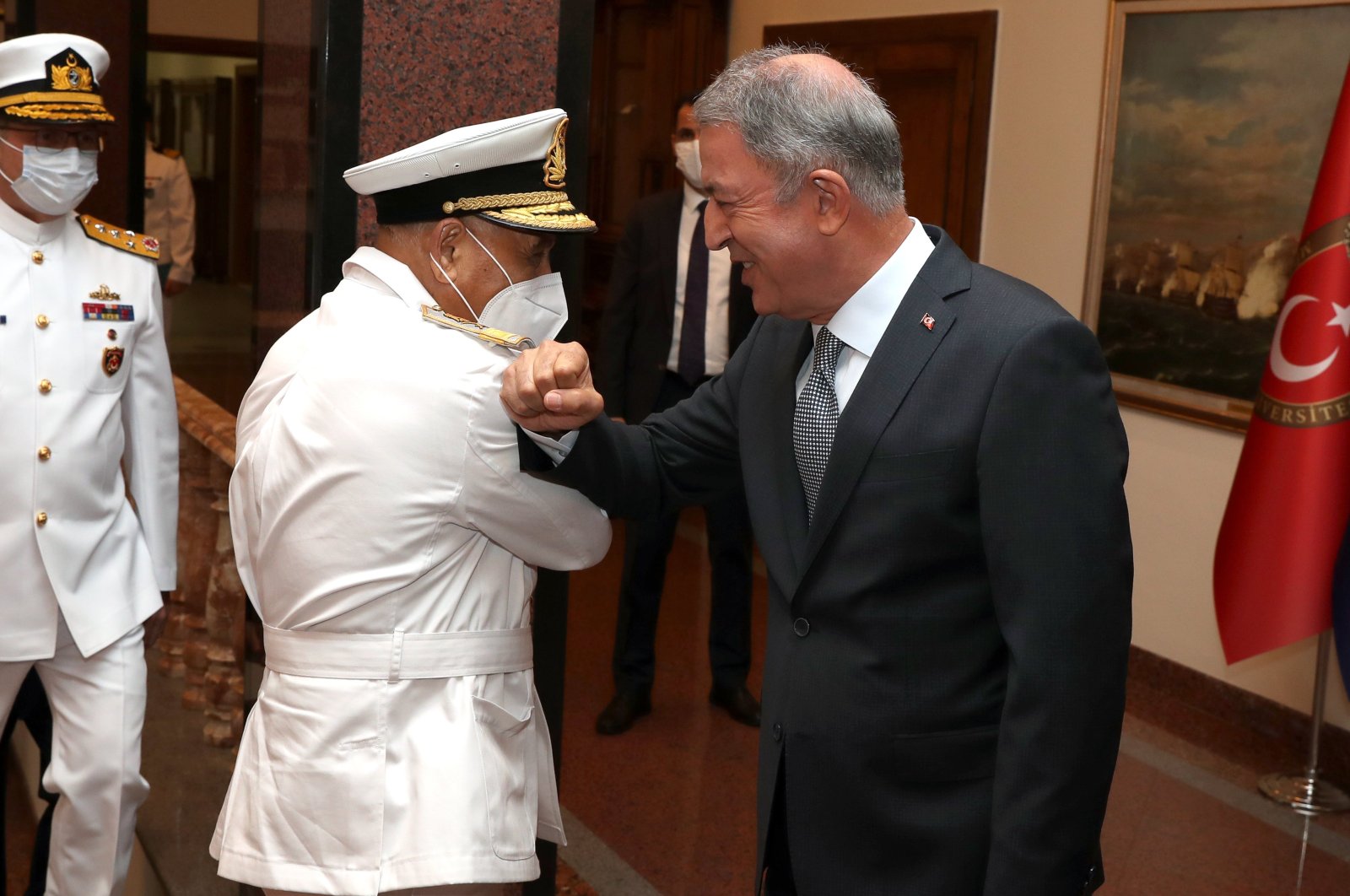 According to a written statement, in his meeting with Chief of Naval Staff Abdul Hakim Abu Hawliyeh, Akar reiterated that Turkey stands by Libya's United Nations-recognized legitimate government, to ensure peace and lasting stability in the North African country.

Akar voiced that Ankara would continue its military and security training and consultancy efforts with Libya, with which Turkey has 500 years of common history and fraternal ties, the statement said.

Last November, Turkey and Libya signed a security and military cooperation agreement, as well as a maritime agreement.

The maritime pact with Libya asserted Turkey's rights in the region in the face of unilateral drilling by the Greek Cypriot administration, clarifying that the Turkish Republic of Northern Cyprus (TRNC) also has legal claims to the resources of the region.

Turkey has been conducting oil exploration and production activities in Libya for nearly 20 years, but these projects were interrupted in 2011 when the late Moammar Gadhafi was ousted.

The Government of National Accord (GNA) was founded in 2015 under a U.N.-led agreement, but efforts for a long-term political settlement failed due to a military offensive by putschist Khalifa Haftar's forces.