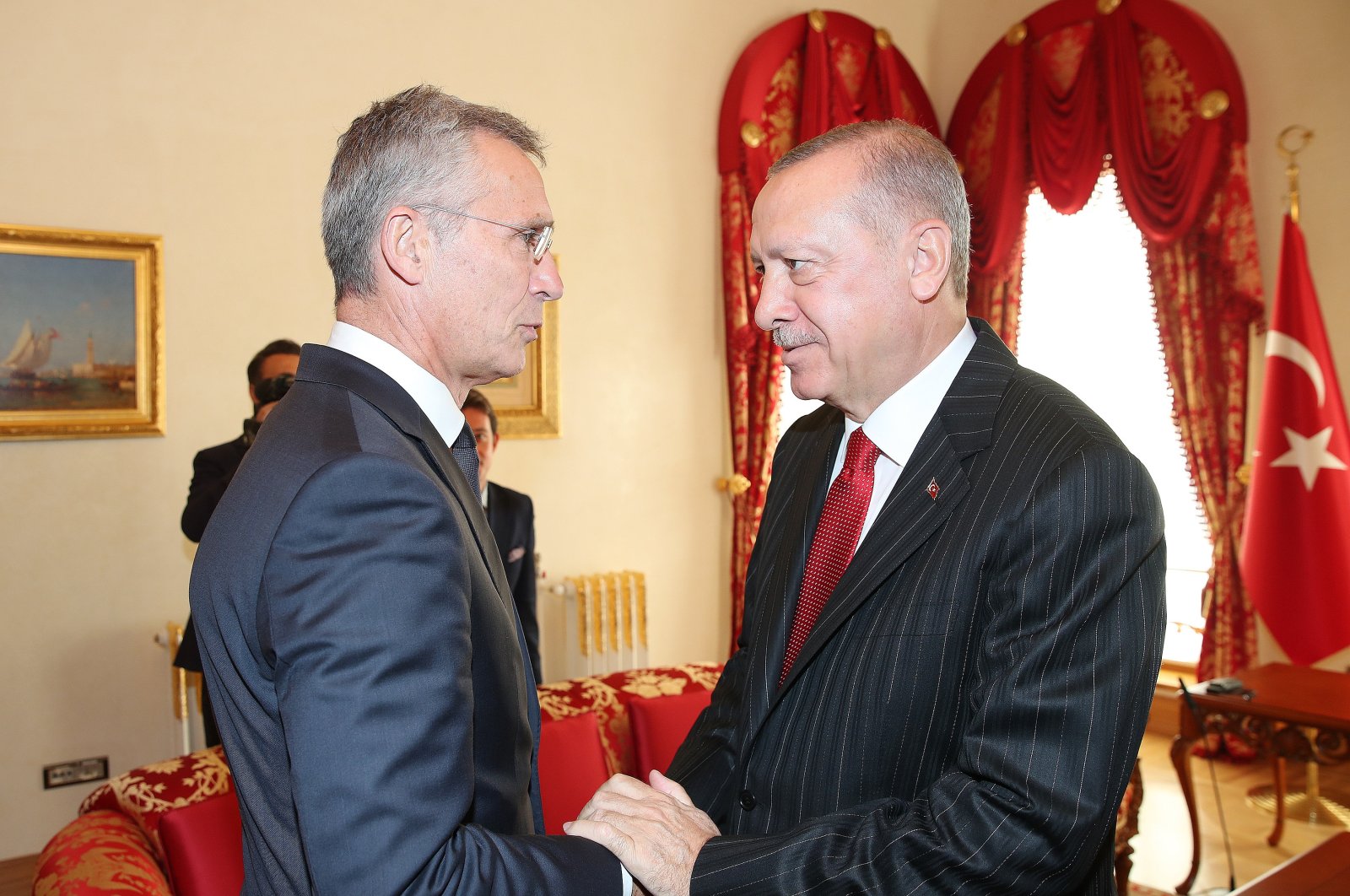 During a conversation with the head of NATO, President Erdoğan said that the government will always protect the rights and interests of Turkey, stressing that the country supports a fair solution in the Eastern Mediterranean with a win-win for all sides.

According to Turkey’s Directorate of Communications, in the phone call, Erdoğan emphasized that regional peace can only be achieved through fair negotiations. NATO should fulfill its responsibility against unilateral steps that ignore international law and damage regional peace, the president said.

Tensions have been running high for weeks in the Eastern Mediterranean as both Turkey and Greece have been conducting military maneuvers in the area. Turkey, the country with the longest coastline on the Mediterranean, has sent out drillships to explore for energy on its continental shelf, saying that both Turkey and the Turkish Republic of Northern Cyprus (TRNC) have rights in the region.

The Turkish Foreign Ministry on Friday slammed a press release issued after an informal meeting of EU foreign ministers regarding Ankara’s hydrocarbon activities in the Eastern Mediterranean.

"The cause of the tension in the Eastern Mediterranean is Greece and Greek Cypriot administration, with their maximalist actions and demands contrary to international law. The unconditional support of the EU to these two who are trying to ignore the legitimate rights and interests of our country and the Turkish Cypriots in the Eastern Mediterranean increases the tension even more,” the ministry said in a statement.

"The EU’s criticism on the hydrocarbon activities of our country within the continental shelf and its demands that we stop these activities is out of line,” the statement said.

"As confirmed by the EU Court of Justice, the EU has no authority in this matter. This request is against both the EU's own acquis and international law,” it added. Turkey also called on the EU member states not to support Greece's "maximalist demands” under the pretext of union solidarity.

The statement also stressed that the EU "should act impartially and be an honest mediator.”

On Friday the EU's foreign policy chief said the block wants to give a "serious chance to dialogue” with Turkey to solve the dispute in the Eastern Mediterranean.

"We must walk a fine line between preserving a true space for dialogue and at the same time showing collective strength in the defense of our common interests,” said Josep Borrell at a news conference after the informal meeting of EU foreign ministers in Berlin.