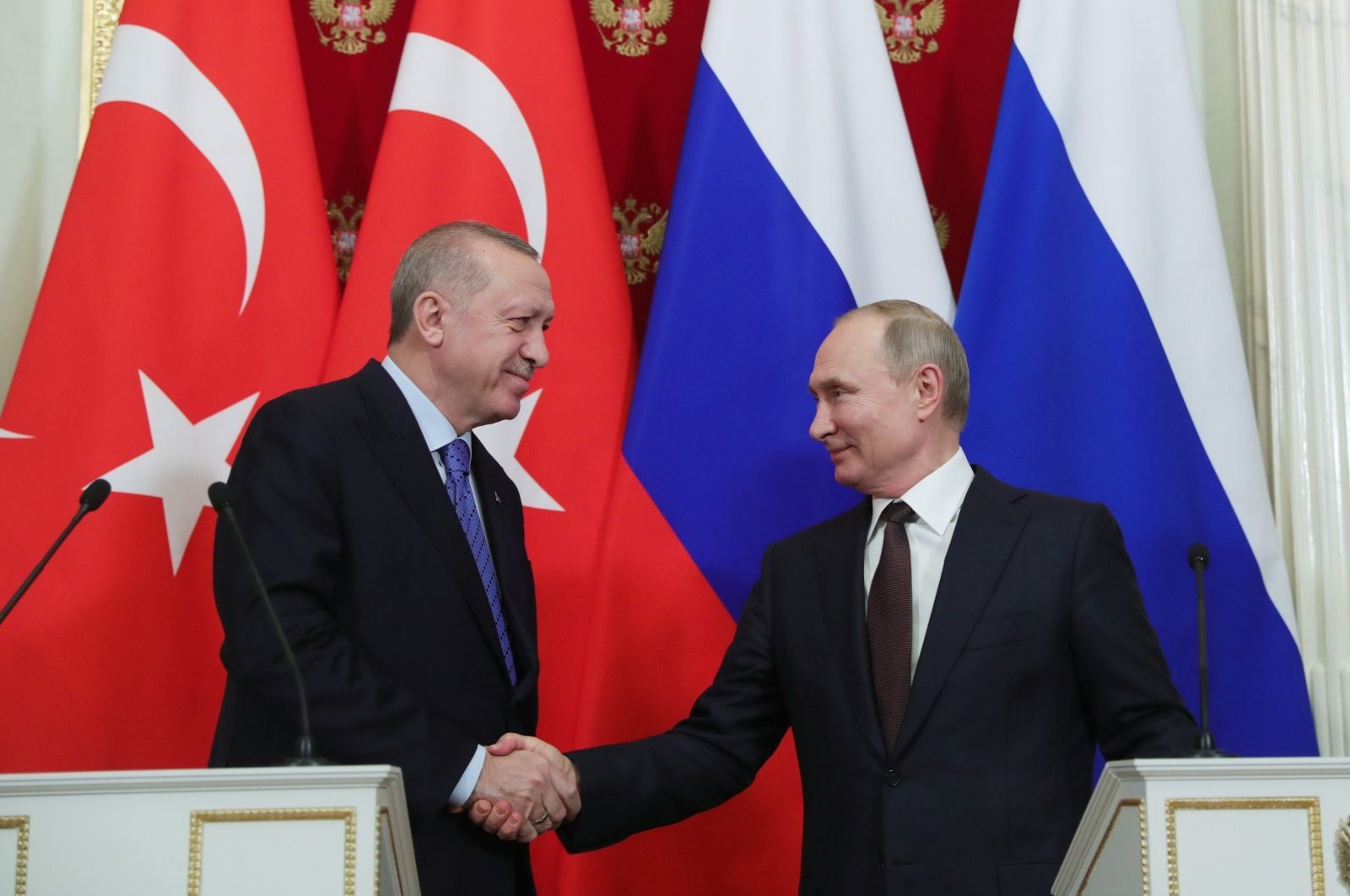 President Recep Tayyip Erdoğan and his Russian counterpart Vladimir Putin on Monday spoke over the phone and discussed a variety of issues, including bilateral relations and developments in the region, according to the Turkish Communications Directorate.

The directorate said Erdoğan and Putin discussed bilateral ties, recent escalation between Azerbaijan and Armenia and the latest developments in Libya and Syria.

Turkish and Russian leaders agreed on Monday to maintain cooperation and dialogue regarding bilateral relations and regional issues.

Since April 2019, putschist Gen. Khalifa Haftar's illegitimate forces have launched attacks on the Libyan capital of Tripoli and other parts of northwestern Libya, resulting in more than 1,000 deaths, including civilian women and children.

The country's government was founded in 2015 under a U.N.-led agreement, but efforts for a long-term political settlement failed due to a military offensive by Haftar, who has been backed by France, Russia, the United Arab Emirates and Egypt.

The U.N. recognizes the Libyan government headed by Fayez Sarraj as the country's legitimate authority.

The regime violence led to the death and displacement of millions of Syrian civilians. Today, Turkey stands as the world's top refugee-hosting country with its Syrian population of 3.6 million.