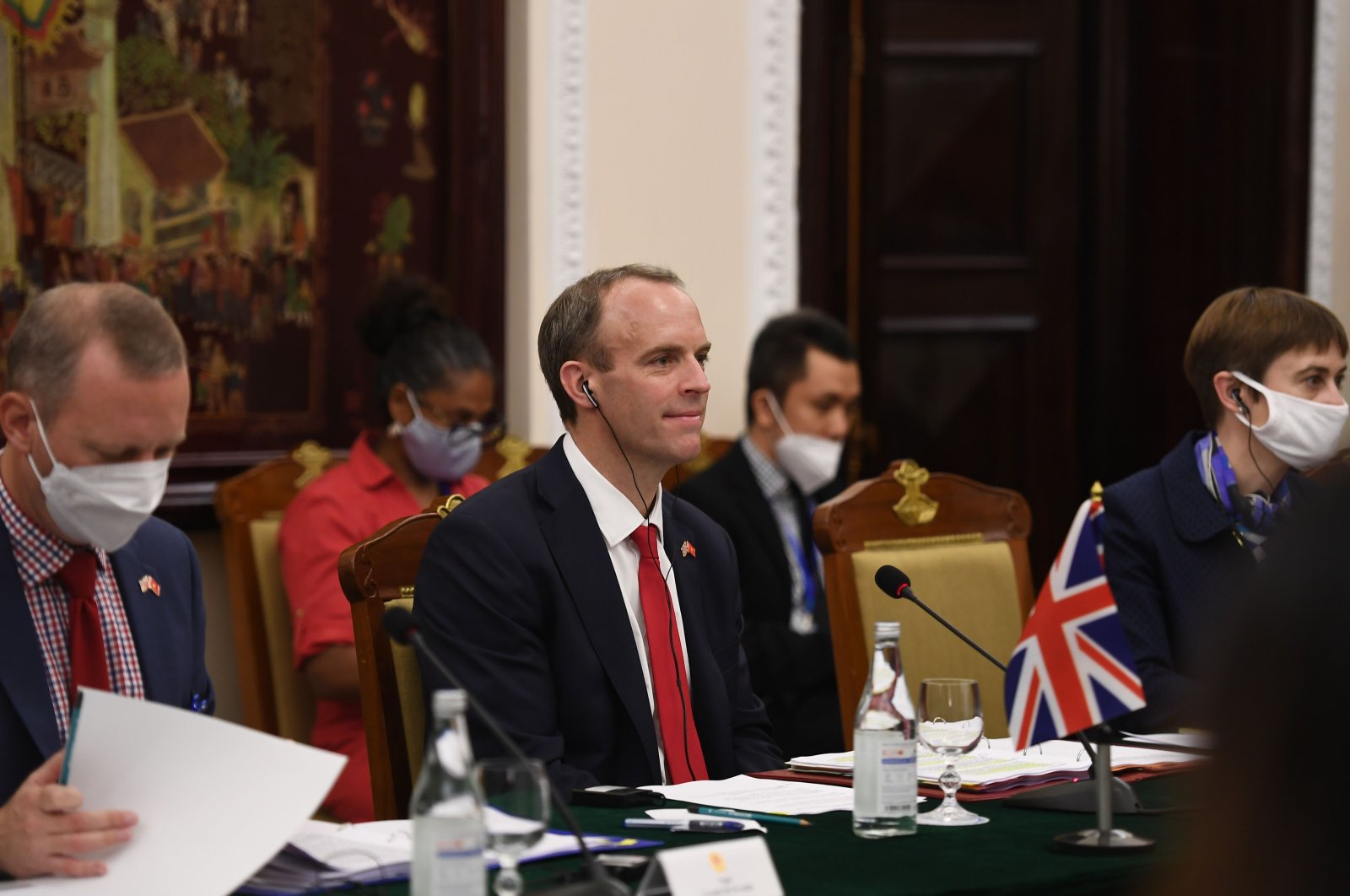 The two top diplomats discussed the clashes between Azerbaijan and Armenia that erupted on Sept. 27 over the occupied Nagorno-Karabakh region as well as the Eastern Mediterranean tensions over drilling activities and maritime zones and the Cyprus issue that lies at the heart of the issue. The Libyan civil war and the global coronavirus pandemic were other topics on the foreign ministers' agenda.

Turkey and the U.K. along with Greece are part of a guarantor system in Cyprus established by the 1960 London and Zurich Treaties.

In 1974, following a coup aimed at the annexation of Cyprus by Greece, Ankara had to intervene as a guarantor power. In 1983, the Turkish Republic of Northern Cyprus (TRNC) was founded.

The decades since have seen several attempts to resolve the Cyprus dispute, all ending in failure. The latest, held with the participation of the guarantor countries came to an end without any progress in 2017 in Switzerland.